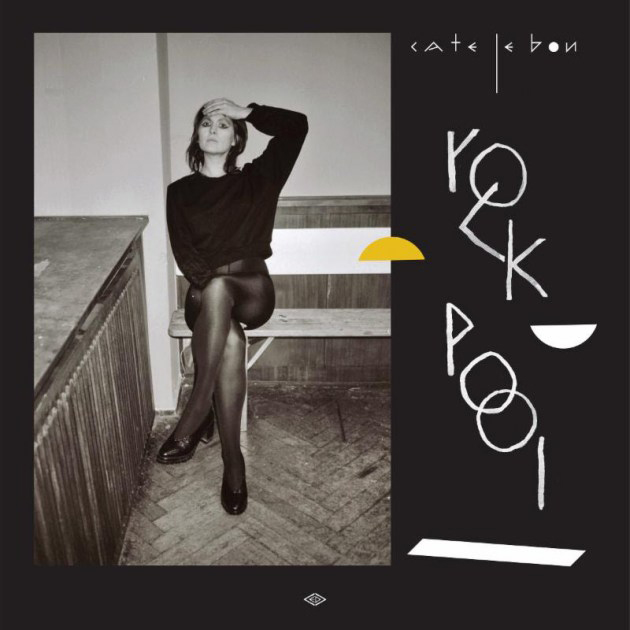 Last April, Cate Le Bon released her fourth album, Crab Day, which received a lot of praise for her signature combo of laissez-faire musicality and surreal lyricism. Rock Pool, the newest EP, is a four-track collection of songs that didn’t quite make it onto last year’s record. Thus, the bundle is not a new statement by any means, but it’s a nice little addendum if the last release left you hanging.

Beginning with “Aside From Growing Old,” Le Bon sings over a simple but strong drum beat while an organ and a janky-sounding electric guitar play loosely around the vocal melody. Her style can come off as pretty unexciting if you’re not giving her your full attention. However, chilling out to hear Le Bon’s simple-sounding instrumentation reveals sudden intricacies. Nearly every track on the album has an almost-pop yet unsettling riff that, while it would never be able to stand alone, somehow fits seamlessly into the larger work. Le Bon becomes fun to listen to when thinking about how reflective the sounds are of her personality—calmly content about her own strangeness. At times, she even lets you in on the joke with her: “Shaking hands like a monument / I’m running from people.”

Musical quality aside, Le Bon’s voice remains the undeniable focal point. It’s tender, breathy and heavy on the O-vowels. Le Bon sings in that half-spoken, half-sung way that, with her Welsh accent, one could forgivably confuse for Björk. Still, this funnily adds to her intrigue, as her heavily cryptic word choice also becomes difficult to hear correctly. In her track “Perfume Days,” for example, she makes statements that rival the profoundness of phrases only producible by YouTube’s auto-captioning feature: “Is karaoke taking up all of my life? / Is karaoke me in a honey drop?” I’m only half kidding. It would be a mistake to analyze her lyrics for a feeling of narrative. Even though Le Bon’s style is reminiscent of late-’60s songwriters, part of her work seems to be trying to pivot that attitude away from general themes like love and to take ownership by directing it towards her own brand of absurdity. What’s most absurd is that it works. When she sings in the title track, “Bins on fire / What’s the occasion?” I feel disconnected and smug with her, even though I have no idea what the reference is.

If you’ve listened to Crab Day, then you already know a lot of what I’m talking about. If you haven’t listened to any Cate Le Bon, however, I would not recommend starting with this EP. It’s not that it’s terrible. In fact, the final track, “I Just Wanna Be Good,” is a beautiful love song full of odd comparisons and feelings of the speaker’s hesitance. But, to repeat myself, the EP is basically a collection of B-sides that just don’t connect quite as well as do the Crab Day tracks, like “Find Me” and “I Was Born on the Wrong Day.” Releasing the EP was still probably a good move on her part to boost excitement for her upcoming spring tour (not coming to Salt Lake City, last time I checked) and to let go of a few remaining tracks that she’d clearly spent a lot of time on. For the fans, I say it’s a fun listen, but I wouldn’t lose sleep if she doesn’t make it available on Spotify. –Nic Smith