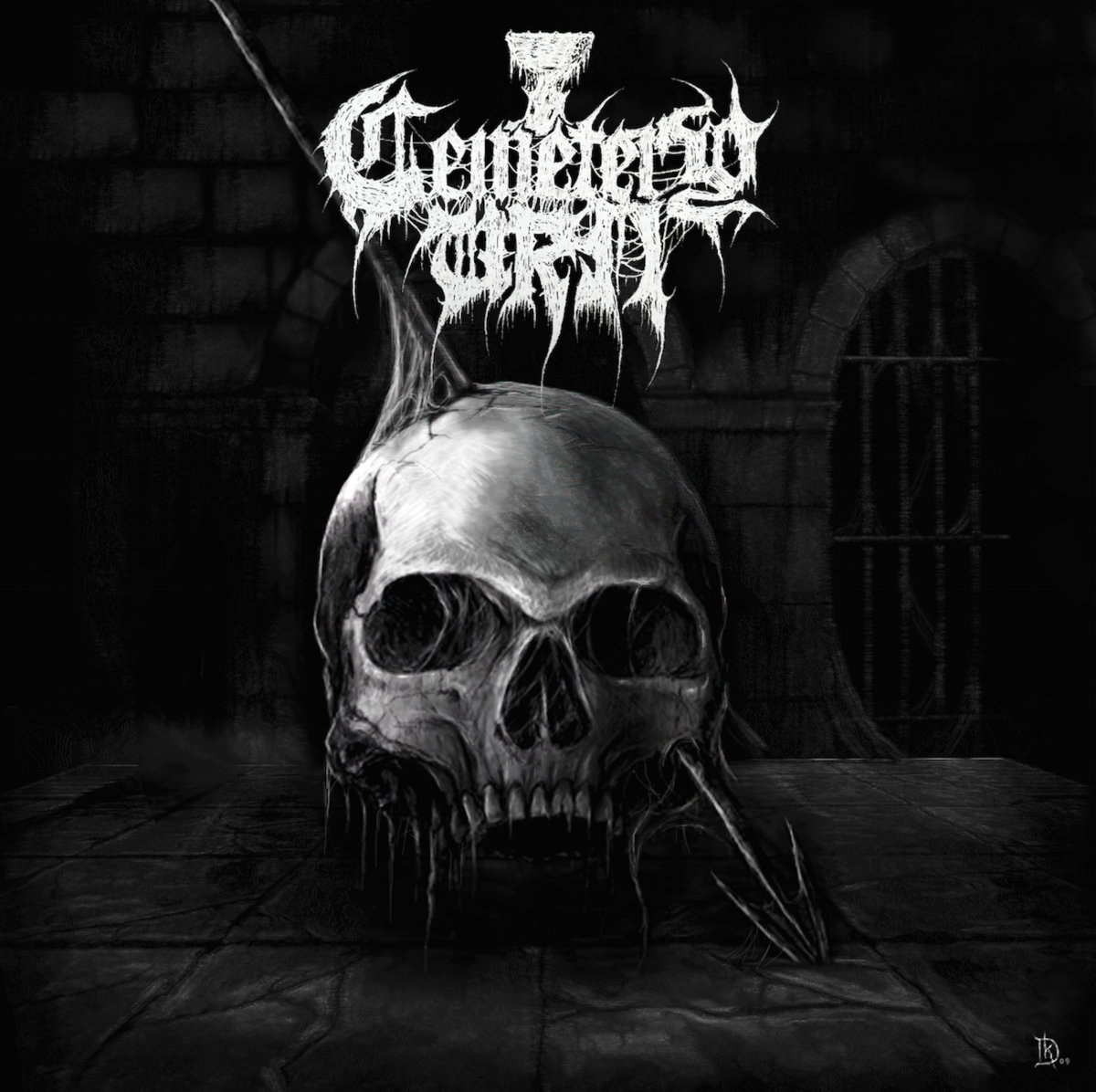 I don’t know why the band chose the name Cemetery Urn. It sounds like a band name for a funeral doom band, possibly. Maybe the tunes that the Melbourne, Australia–based band dish out represent a soul devouring those nasty, crusty bits of unburnt bone and caked ash at the bottom of a cemetery urn. Everything in the roughly decade-long career of Cemetery Urn is a prime example of what extreme music should be. It’s ugly, disenchanting and definitely so raucous that it often induces a headache. Take “A Requiem for Servants Aflame”: It doesn’t let up at all with whirling, crushing, death-tinged metal but with complete blackness. The band describes themselves as “Australian Barbaric Death Metal”—it’s barbaric as shit; that’s for sure.

The deathly gifts bestowed from this third self-titled full-length are plentiful. Riff candy for sure—that is, when the riffs aren’t being swirled up in a cacophonous drum pummeling. While A. Gillon is the sole original member, the other four guys—some from the previous record—don’t make the album sound like it’s missing out on any of the ferocity of the past. They only renew it and make it bloodier and crunchier. “Weakened Mortals Bleed” crushes much of anything I’ve heard this year in terms of something in the realm of real death metal. The different production doesn’t detract from the rawness that Cemetery Urn are known for, with members in the equally destructive Abominator as well as A. Gillon being a part of the massively cult Bestial Warlust. Other band members’ pedigree aside, this is all Cemetery Urn building on the foundations that they created before. This record exacts a chokehold that doesn’t let go even after the music has stopped.

While North America has the Ross Bay Cult scene (obviously including Blasphemy, but also Conqueror, Revenge and the new Death Worship), Melbourne has its bestial, carnal metal scene with fellow Melbournians like Destroyer 666 or Sadistik Exekution paving the way for extreme metal. Cemetery Urn are just as worship-worthy—not only in the Aussie scene but comparably to the Ross Bay style. I will say this: I loved the new Death Worship, but this monster beats it out in terms of attention-grabbing and tighter songs—people might want to fight me on that comment, but tough titties. The more you explore this record, the rougher it gets. “Misshapen Affliction” dishes out speedy riffing reminiscent of the dissonance that Cemetery Urn have crafted prior. It also delivers with their death metal magic and offers the question: Is music that completely lacks any harmony or melody even music? It just means that it’s xtreme kvlt music, as the hip lingo these days would go. Returning to the production, the first few albums were muddy in sound, which is all well and good. This self-titled clears up the sound in the most perfect way. It crystallizes and clears it to the ear, which takes that raw factor up to 11 in addition to taking that riff-candy sound well up to 11 times more crushing. I realize I’m kind of—well mostly—gushing like a fanboy here with this review, but it’s hard to pick criticisms for a next-to-perfect album. The only detractor is that the songs, after repeated listens, can blur. But I don’t often dwell on one album repeatedly, so it’ll be nice—for me, after some other record—to rediscover the pummeling that Cemetery Urn hand every listener with this new record. Buyer, beware: This will make your ears, eyes, nose and every pore bleed that nasty death blood! –Bryer Wharton