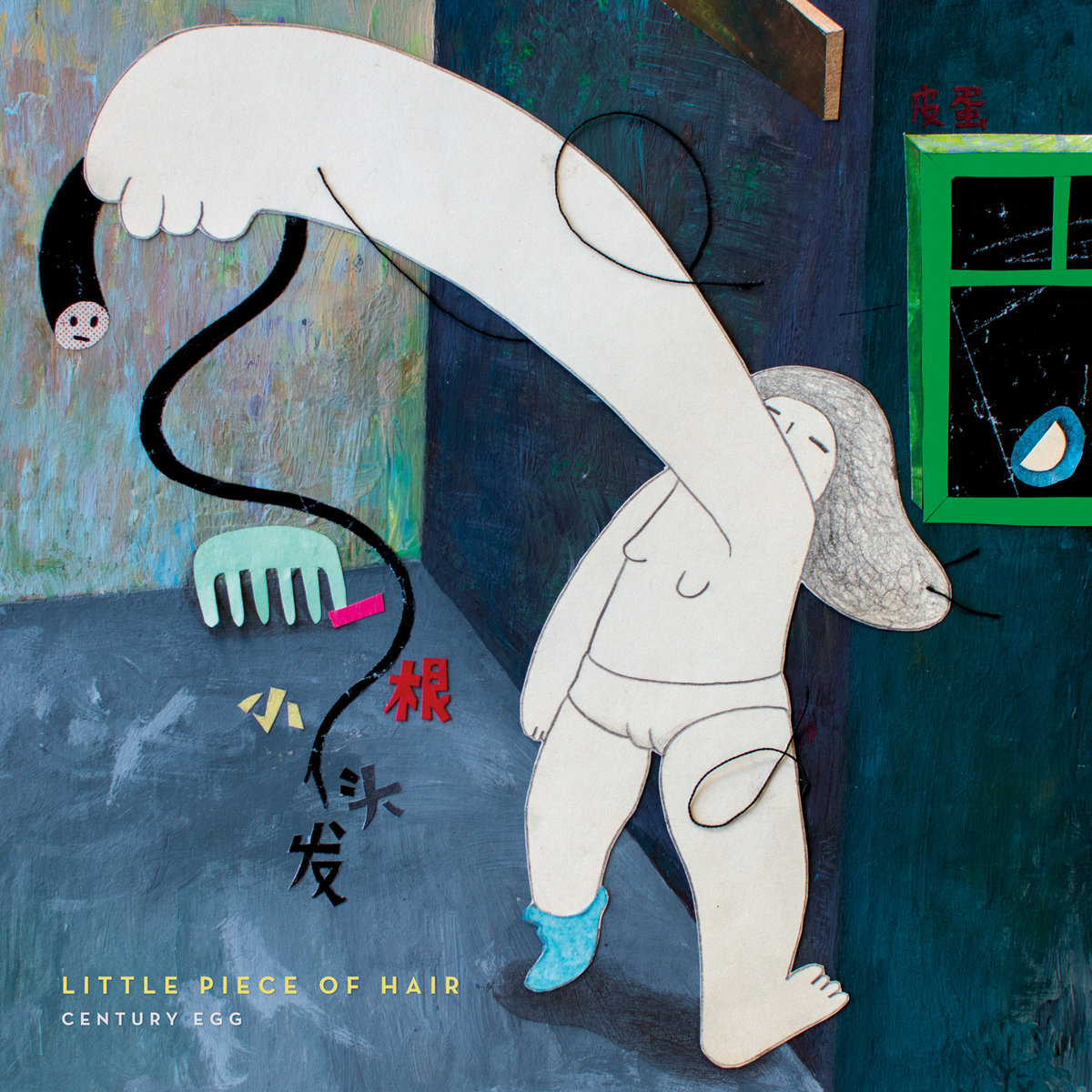 My earliest memories of music snobbery have a healthy dose of Canadian acts attached to them. The indie rock/folk boom of the early 2010s was my gateway into so many amazing bands that in some way fit that description. I always found that bands from Canada offered something slightly askew from what other countries were providing without leaving the conversation entirely. I’m not just referring to Arcade Fire and Feist here—at the time, my jam was Hey Rosetta! and Ra Ra Riot. Caring about bands was my entrance into thinking of the world beyond my bubble; because of this, Canada has held, and continues to hold, a special place in my heart.

As you might have guessed, Century Egg is based in Canada, specifically in Halifax, Nova Scotia. The band is led by Shane Keyu Song, who moved to Canada from China to study visual art and design After meeting guitarist and multiinstrumentalist Robert Drisdelle, they started working on music and eventually formed Century Egg. So far, they have released a few singles, an EP last year and now the Little Piece of Hair EP. At six songs and a run time of 16 minutes, it is succinct. However, it does travel a bit in tone and subject matter.

The collection starts out with “Do You Want To Dance?,” a great opener and possibly the strongest song on the EP. Everything hits right on the first down-beat: a pop-rock fanfare adorned with panned guitar riffs, a neurotic bass line and a drummer holding on for dear life. Eventually laying back a bit to introduce the vocals, the overall structure of the song is unusual and introduces new sections unexpectedly. This is the case for a lot of the group’s catalog. In an interview with the CBC, Shane mentioned that she achieves this through her lyric writing process. She might have lyrics written out in Chinese, then translates them to English and builds the song around them. I’m not sure this is the case for all their songs, but I think it is on this one and some other ones on the EP. I found it to be a really ingenious way to arrive somewhere odd or new without forcing it to go there.

From there we move to “I Will Make Up A Method,” a feel-good anthem for the continual struggle of striking the right balance between a feeling of accomplishment and self-deprecation. The next two songs— “Ring A Bell” and “Little Piece of Hair”— take us into the more surreal section of the EP. This again seems to be driven by the lyrics. “Ring A Bell” centers around multiple iterations of that statement followed by iterations of “I’m happy today,” then quickly wraps up and moves on. The title track gives us a kind of fable about the feelings of a little piece of hair and the leaves on a tree, expanding on their similarities and differences, both symbolic and literal, embedding a moral that is felt but not easily explained.

The second-to-last song, “Riddle To Place”, is the slowest on the album, providing a nice contrast before the EP wraps up with “Cornered.” This song brings back the intensity of the opening track with a tinge of anxiety. This is also the only song on here sung in Chinese. A quick google translate revealed a few things but I’m also aware that so much is lost in translation. However, some of the things that seem to be addressed in the lyrics are some of the concerns artists— especially artists who have not “made it”— can have: worries about money, artistic integrity and not working hard enough. It made me wonder about the decision to keep the lyrics in Chinese for this one. It may have been that the point was made clearer in its original language, or perhaps the subject matter felt a little too raw for Shane to expose in English. Maybe there is some comfort in narrowing who can fully understand the song that allows the author to explore this uneasiness.

This EP pairs well with activities like playing with your cat and a laser pointer instead of putting away your week-old load of laundry. –Arcadio Rodriguez