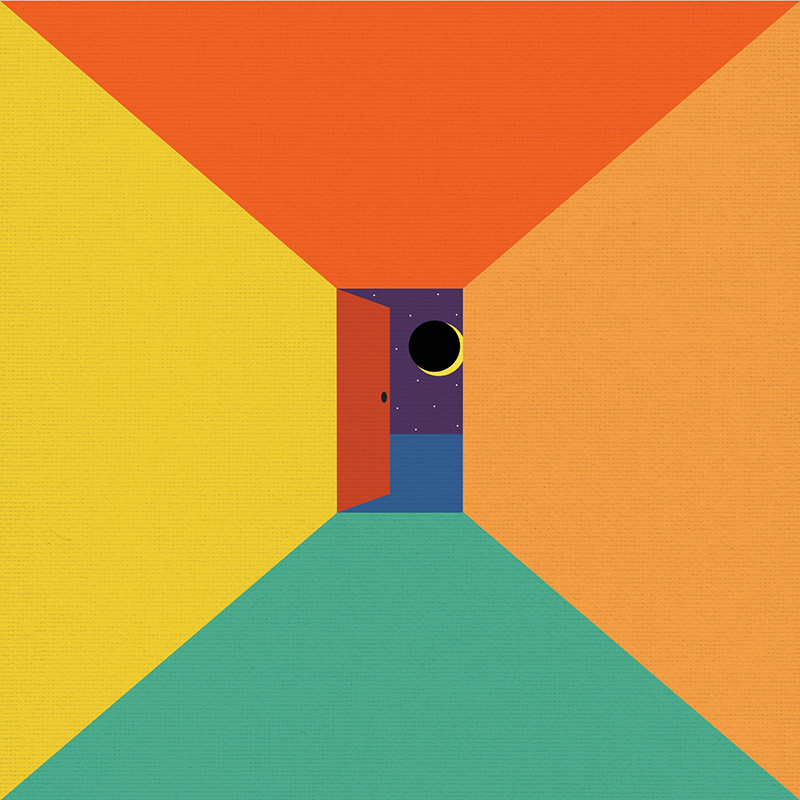 Ceremony
In the Spirit World Now

It’s been nine years since Rohnert Park was released, which is wild, because the shift in Ceremony’s sound on Zoo, their album after Rohnert Park, hangs heavy in discussions about the band. In reality they’ve not been a strictly hardcore band. Their first three albums are undeniable—and if you need proof, check out videos online of their performances at Sound and Fury Fest in the past few years.

I, admittedly, also dialed back my interest in the band when Zoo was released. I gave The L-Shaped Man a shot, but its genuflection at the site of the Joy Division altar was too on the nose for me. So, for the past seven years or so, Ceremony, to me, has been the band that I remembered fondly for their visceral “this is why I got into this in the first place” music and live shows. Spinning anything they released after 2010, though? Not as much.

Perhaps my biggest gripe with the shift, which happened a few albums ago, was not that a shift happened, but rather the artistic ground Ceremony was choosing to mine. Famously, the D.C. hardcore scene left their sounds behind, leading into the “Summer Revolution” era and beyond. But those bands created a sound still referenced today. “Revolution Summer” as a sound didn’t quite exist before the mid-’80s. What those bands didn’t do was look back to Chuck Berry or Chubby Checker or any number of ’50s rock ’n roll bands for their influence (the approximate distance in time between Ceremony and their chosen decade of influence). Because Ceremony hit on a prior sound with close exactitude, it was easier to dismiss.

Now that I’ve buried the lede sufficiently, In the Spirit World Now is remarkably good. Maybe it’s been my steady diet of early ’80s new wave for the past couple of years, or maybe it’s this cultural ultra-nostalgia moment we find ourselves unwittingly caught up in. No matter the case, the formula for this album works. It’s because this album is great because of how all of the parts meld together. No longer a facsimile, it sits in 2019, while bringing familiar sounds with it.

Before even the first note of “Turn Away the Bad Thing” lands, the cover art for In the Spirit World Now telegraphs what you’re about to experience. The geometric art and primary colors visually parallel the sound of the album. Where The L-Shaped Man focused on a darker version of ’80s post-punk, and new wave, this album keeps that darkness at bay, sounding like if Pink Flag-era Wire binged on Devo, Kraftwerk and New Order.

Gone also are the reverb-heavy Murphian–Curtisian vocals that The L-Shaped Man favored. Instead, the vocals—while more melodic than earlier Ceremony releases—don’t sound like they’re trying at anything but being themselves. Synthesizers are incorporated liberally throughout the album, and play a perfect foil to the tight guitar-work. “Years of Love” runs a similar melody as Devo’s “Girl U Want,” before breaking into a catchy-as-hell chorus. Oddly, Ceremony have come full circle in the rear-looking 80s sound-acts game, with a few tracks on this album sounding like lost cuts from The Faint’s Danse Macabre.

The other element that makes this album stick are the hooks. I give a three listen guarantee that at least half of the songs on this album will continue on long after the needle runs into the runout groove. In the Spirit World Now is Ceremony’s best album since Rohnert Park—and at this juncture in my life, as we grow, bands grow, too. I wouldn’t be surprised that this album receives the most spins of their catalog. –Peter Fryer