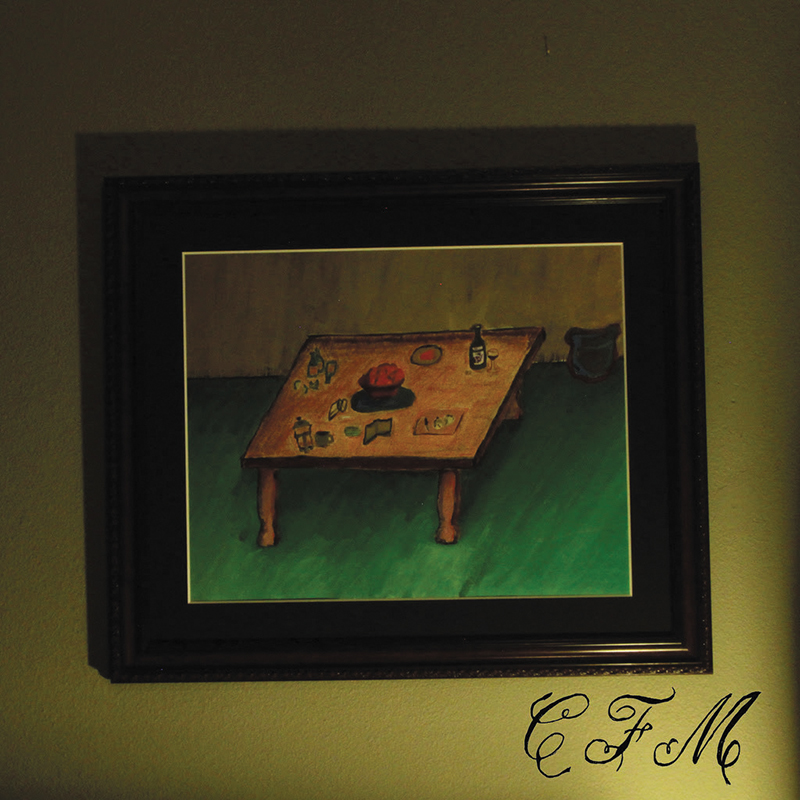 From the shadows of either side onstage, guitarist and songwriter Charles Moothart (of great acts such as Ty Segall, Mike Kronin, and FUZZ) steps into the light with a brand-new, full-length album of his own. Still Life, though somewhat expected, is full of quick, garage rock chord progressions, sneering vocals and psychedelic freak-outs. For fans of his other projects, listening to Moothart’s solo work is like connecting a missing dot in the growing constellation of Californian psychedelic musicians—a point lying somewhere just between the weirdness of Segall and the heaviness of FUZZ.

Under the technically obscure (but still decipherable) name CFM, it seems obvious that Moothart’s decision to release something on his own is a kind of statement for his own talents as an artist. He certainly deserves it. In the two months it took to record the LP, Moothart had isolated himself to reflect and create, following a brief separation from his girlfriend/bandmate. The result makes for a hard-hitting and lyrically thoughtful collection of songs. Starting with the upbeat track “You Can’t Kill Time,” Moothart kicks off the record by playing a slow riff over a fast beat. He calls “Watching the list grow / I rub my eyes” as a gesture against the overwhelming pressure to push yourself toward constant productivity. I’d feel the same way if I were in Segall’s band.  However, the song cleverly and suddenly cuts short, and he dives straight into Still Life.

Thematically, other tracks on the album also contain words that are somewhat self-directed and lost. In “Brain of Clay,” Moothart depicts himself at an emotional low: “I cannot leave my bed / No remedy to see / I crawl inside my head.” However, you could almost miss the message with the powerful riffs and unruly drum lines behind him. At times, it feels like Moothart is using the heavy aspects of his music to propel him out of emotion and into action. It gives him an advantage in dark-tinged jams, such as “Lunar Heroine” and “Habit Creeps,” yet there is no denying the serious content of his lyrics. When considering the title of the album, Moothart seems to prepare us for this conflicting but unavoidable duality in creating any form of art.

As for the sounds of the album, Still Life is more or less a lighter FUZZ album. Tracks like “Street Car History” and “Clearly Confusion” slam down firmly on the one and three beats, and CFM incorporate those eerie harmonies that color much of Segall’s work. I don’t say this to devalue the album or say that it’s boring, because Moothart clearly executes this style well. However, do not expect a huge departure from what we know his music to sound like. As Segall begins to explore the funky parts of his musical talent, Moothart, for better or worse, keeps grounded to his roots. There are times, though, when songs change the pace unexpectedly, like the easy beat, “Slack,” or the cerebral wanderer, “Purple Spine,” but for the most part, expect heavy jams on your listening forecast with high chances of solos that course up to 70 mph.

For a first release, Moothart proves hand over fist that he can hang with the best of them. He’s taking this project on the road for the first time this year, so here’s to hoping that they come through Salt Lake City. –Nic Smith