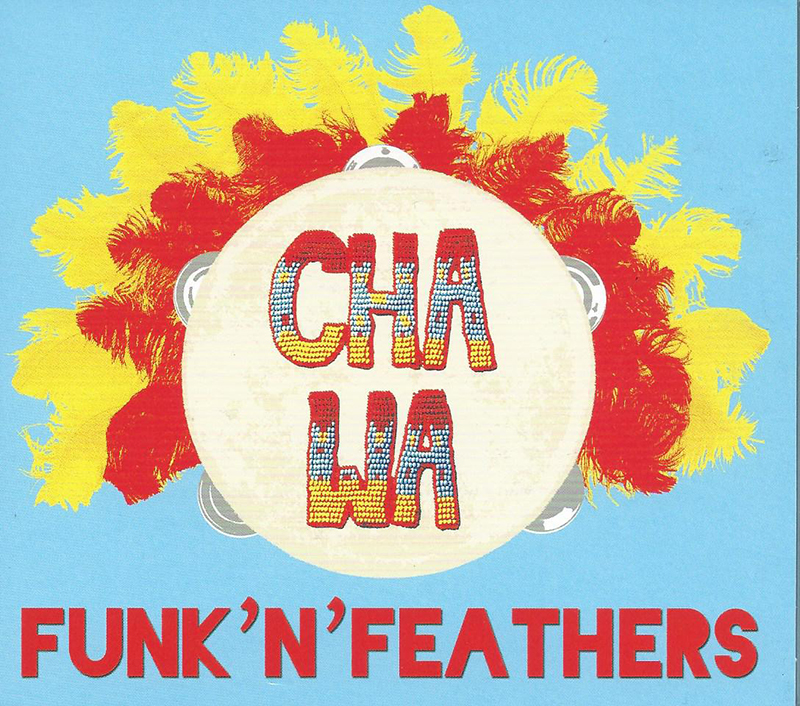 When I spin Funk’n’Feathers, my room is instantly transformed into a festival procession. I’m marching down a busy street, full of drummers, dancers, singing and shouting. A trumpet hollers out from the crowd, and the heavy pulse of a steady bass drum is fortified by the fall of everyone’s feet as they continue hooting, hollering and hopping around. The energy is so contagious that back in my small apartment room, I’m jumping all over the place as well. Cha Wa’s debut full-length record is a teleportation device—a transmission straight from Mardi Gras—and it has enough colorful spunk to turn the whole room into a party.

There are a lot of names on this release and a lot of voices in the band. Drums and auxiliary percussion build the foundation for pianos, guitars and a chorus of singers. Horns round the group off into a fusion of funk and festival. Cha Wa do a great job of bringing the music to life, and a huge part of that comes from the crowd atmosphere that the band manages to create—a crowd inviting me in to hoot and holler. It’s not a style of music that I hear often around Salt Lake, but this fresh fix of ragtime and rhythmic chanting is exactly what I’ve been looking for.

I had to watch some videos of Cha Wa after I’d listened through the album a couple of times. The record is full of funk, but due to the limitations of digital audio recordings, it’s —understandably—a little light on feathers. Every year, the Mardi Gras Indians come out in their fabulously bright, feathered suits to spread a little culture. With an intense focus on bouncing, driving rhythms and fresh and funky solos, Cha Wa are a talented example of this neon tradition.

Amid lots of call-and-response–type singing, there are skillful, soulful fills from guitar or piano. All in all, Funk’n’Feathers is a mix of the trancelike energy of a drum circle and exactly what I think of when someone says, “New Orleans.” It’s exactly the kind of music I’d want to be dancing to during a Mardi Gras festival—full of energy and jazzy solos. Killer guitar licks are the highlight of this release. An especially screamin’ solo in “Tootie Ma” and soulful, stringy fills in “Ooh Na Nay” have kept playing in my head since I first spun the album.

Where the record starts to lack, however, is in terms of variety. Take, for instance, “Ooh Na Nay” and “UPT.” I spent a few minutes cutting back and forth between the two songs, and it just sounded like different parts of the same song. The percussive panoply also starts to sound like it’s repeating itself by the end of the album, but the energy that it creates is so powerful that I’m still held in the groove all the way to the end.

Cha Wa have captured the Mardi Gras scene in Funk’n’Feathers. A lineup of crazy solos in “Cha Wa Got Fiya” makes it my favorite song, perfectly closing out this fresh culture fusion. Listening to Cha Wa puts a smile on my face and more than a few catchy riffs in my ears. Without a doubt, check out this fresh serving of Mardi Gras spirit for something new, something fun and something definitely covered in feathers. –Alex Blackburn