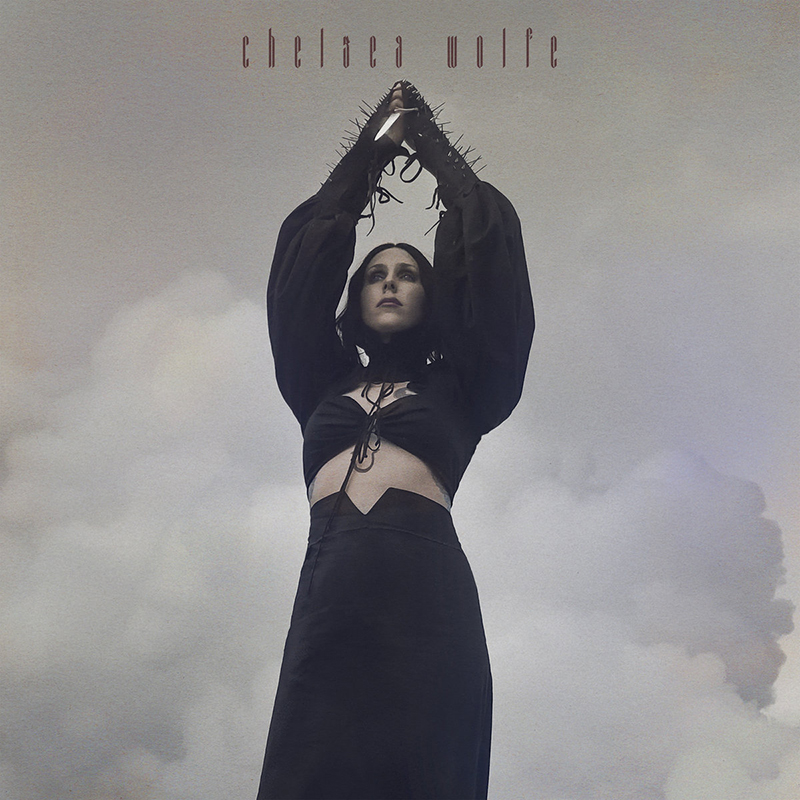 On her brilliant new record Birth Of Violence, Chelsea Wolfe brings that dark angel/gothic folk magic that frightens and embraces, a haunting spirit that we have come to expect. Wolfe is an interesting wicked flower—she blooms equal parts beauty and decay that is just as much part of a secret garden as it is to the universe. Wolfe hangs onto those themes throughout the record. She has one foot buried in the darkest of earthly soils and a hand reaching out toward the cosmic. “Time and space do not exist here,” she sings on “Preface To A Dream Play,” “Everything is possible.”

On Wolfe’s previous album, Hiss Spun, Wolfe crowded the record with guitars, feedback and a heavy metal sludge that, at times, drowned out her beautifully spooky and airy vocal style. Even on the tracks where Wolfe tilts toward her trademark gentle growl, the loudness of that record sucks out its menacing intent. On Birth Of Violence, Wolfe turns things upside down—the record has the same ferocity but it is shoved strategically through a lo-fi filter for greater impact. The record is smoky, clean and cold, with chilling acoustics reverberating like echoes into empty rooms. Wolfe limits the percussion to the point where the sound of a drum is all but silenced or disappeared altogether.

Birth Of Violence is open, sparse and hollow, and Wolfe unleashes her ghosts on every track.

“Took the mother road / Down to goddess flesh / I swallowed the key / I want to learn how to swallow my pain,” Wolfe sings on “The Mother Road,” delivering some of her most confessional lyrics yet. “Guess I needed someone to break me / Guess I needed someone to shake me out.” This is confident songwriting. On Birth Of Violence, Wolfe writes like an otherworldly Springsteen—trying to make sense of her pain. “When you come dead last / In battles long past / Intended to rip my heart out / Oracle of your secrets,” Wolfe sings on “American Darkness.” She seems to be reinventing her own dark, gothic romantic poetry. “Your eye was trained on me / As I stood before you, unbuttoning / Kiss me as the bell tolls / Swiftly as the horses ride.”

Wolfe’s hustle is that she can disrupt you with a whisper, a quiet pause or a well-timed guttural bark. She does this with precision on the above mentioned tracks: “The Mother Road,” ‘American Darkness” and the title track. Wolfe conjures up the elemental in songs like “Be All Things,” “Dirt Universe,” “Little Grave” and “When Anger Turns To Honey.” Wolfe even ends the record with a thunderstorm.

On Birth Of Violence, she has mastered that haunting, echoing, thump-driven, murderous blues that is unsettling and mesmerizing at the same time. On “Deranged for Rock ’n Roll,” one of Wolfe’s more accessible tracks, she sings “Dream my dreams and sell my soul.” Wolfe may have sold her soul long ago—not to the cookie cutter music industry but to a world that she has created and continues to expand. Chelsea Wolfe has stripped down her sound and has put herself and her art front and center. Wolfe not only shares her soul—she gives a peak into the soul of America. –Russ Holsten