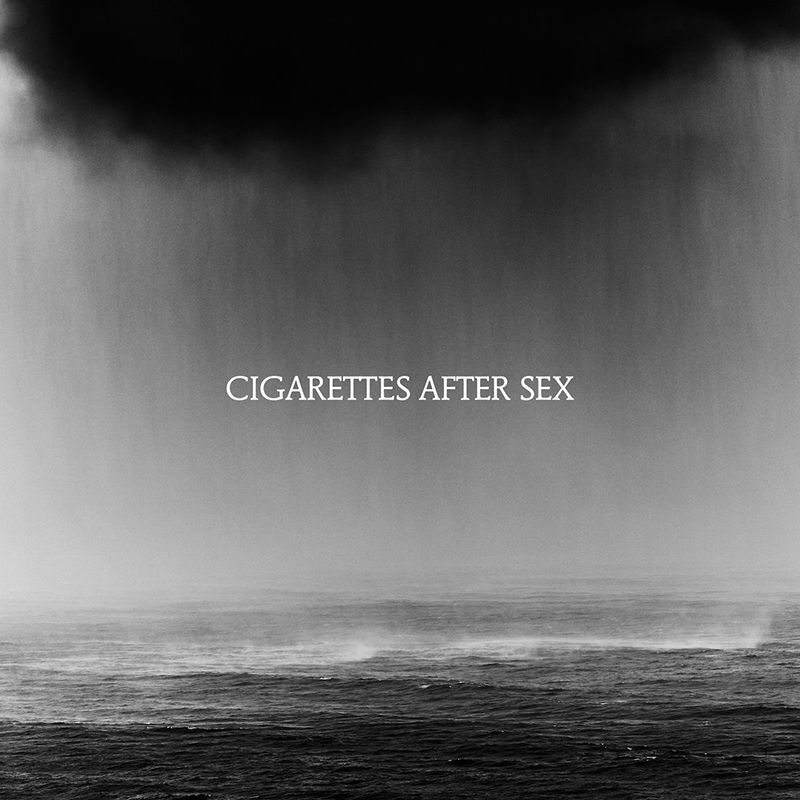 Greg Gonzalez’ college project-turned-dreampop-slowcore foursome Cigarettes After Sex drops their anticipated sophomore offering, Cry, this autumn. CAS is something of an oddity in the modern popular indie world, being a bit of a chimera of ’50s electric guitar love tunes with ultra contemporary lingo and topics.

A clipped and concise nine tracks round out Cry, just short of the right runtime for an amorous evening rendezvous as their entire brand would indicate. The opening track, “Don’t Let Me Go,” is a heartbreakingly sweet, melodic plea for intimacy and connection with a catchy and lovely guitar lick—a now classic aspect of the CAS sound and style. “Kiss It Off Me” brings a quicker, bassy rhythm that’s a touch more funky than their usual prom-night slow dance tracks yet with Gonzalez’ usual ringing guitar chords coming through in the bridge to mix things up a bit. Subtlety is not Gonzalez and crew’s style when it comes to sexiness, with every song being equal parts erotic and soppy. Their usual, cagily seductive lyricism is sprinkled with millennial lingo and vernal notions, weaving images of snogging in the park after dark and all manner of similar youthful dalliances.

Cry’s first single, “Heavenly,” recently delivered in the waning days of summer, is not the strongest track and maybe a needlessly safe choice for the intro to the album, albeit a congruent track for CAS’ overall soundscape. “Touch” sets off the second half of the brief collection with the usual not-so-subtle sexual references now essentially requisite to Cigarettes’ style. “Hentai” is perhaps richest with hyper-sexual and even slightly violent imagery, a trick they’re skilled with at certain junctures. A slow, jazzy snare sets a serious mood in this track and several others, a delicious aspect of the Cigarettes’ constant melange of genres. A common underlying theme in nearly all of CAS’ narrative is an abiding longing and a chronically aching, unpragmatic romanticism. It would be entirely appropriate and on-brand for the band to feed zeitgeisty nostalgia with a cover of “Earth Angel,” thus making an entire ilk of older millennials weep with Back To The Future glee.

The title track is a slight departure wherein the usual saccharine story turns towards rejection and heartbreak via the voice of the rejector. It’s curious to consider if the election of this track as the album’s moniker is meant to convey any particular subtext, especially alongside the album artwork depicting a drenching storm cloud in the group’s usual monochrome palette.

Final tracks “Falling In Love” and “Pure” finish the album with the usual hard-to-crack candy shell of sweetness that CAS is known for, leaving the lush, dessert-like aftertaste one would expect from this dreamy band. Cigarettes After Sex have not diverted from their youthful traditions on their second LP. Although there are only a few small surprises, fans of their hip boudoir sound will be fully sated by Cry. –Paige Zuckerman

Cigarettes After Sex @ Urban 04.21
Review: The 1975 – A Brief Inquiry into Online Relationships