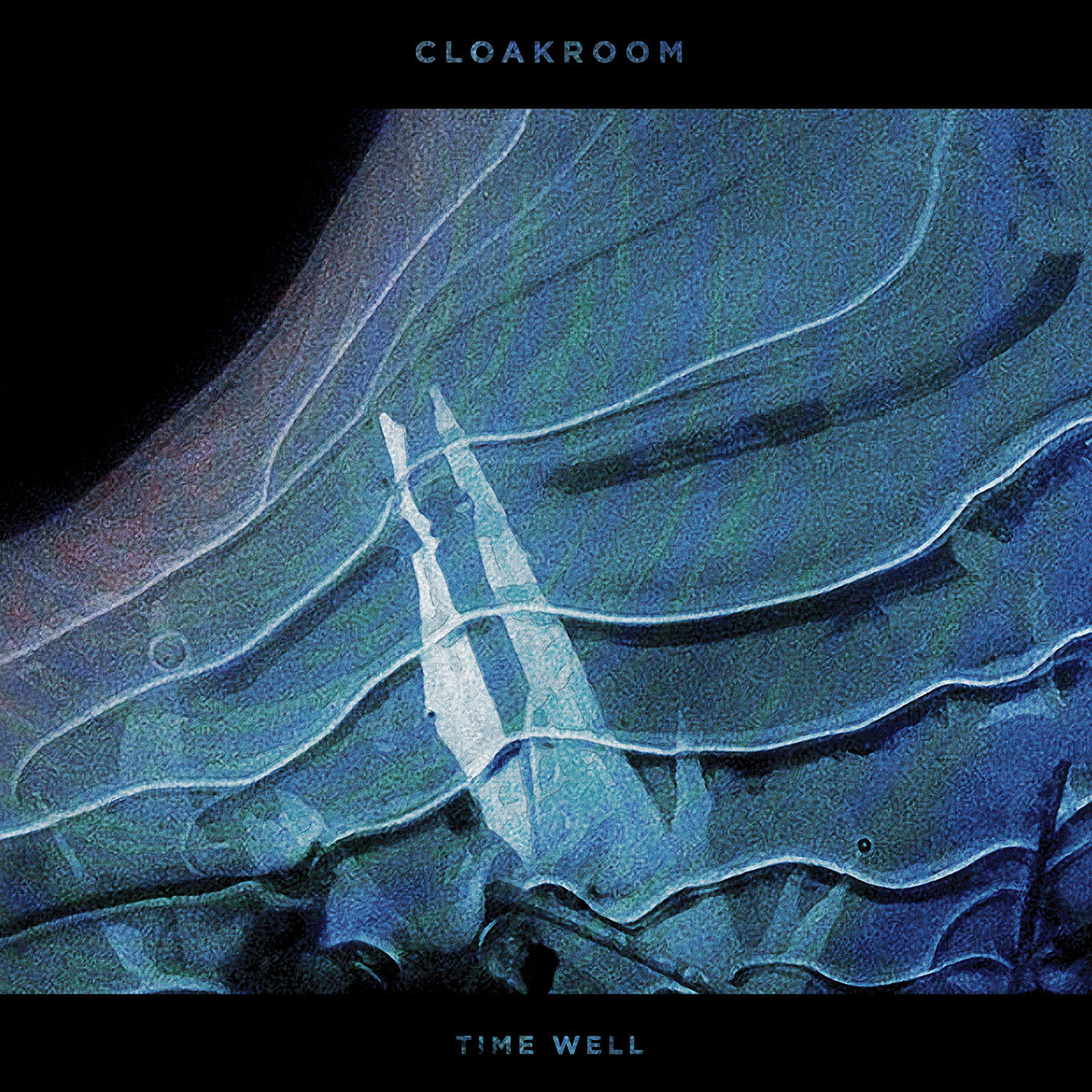 Time Well, the sophomore album from the Region-hailing Cloakroom, showcases a sublime mix of sludge and shoegaze, and is a continuation of the territory they explored on their first album, 2015’s Further Out. Having recently moved from Run For Cover Records to Relapse Records, a label perhaps better known for its metal acts, Cloakroom partnered with producer and ex-HUM frontman Matt Talbott again, with whom they recorded their Lossed Over 7” with, and whose studio, Earth Analog, they used to record Further Out at.

You faintly notice guitar player and singer Doyle Martin and bass player Bobby Markos‘ meek use of effects, every part blending perfectly with drummer Brian Busch‘s steady, hefty percussion as it all moves together seamlessly into a soft luster. You hear this on heavier, more grinding tracks such as the third one, “Concrete Gallery,” a plowing, fiery chantey that corrugates into “Seedless Star,” Time Well‘s fourth track. It’s just as heavy as the tune preceding it, but drifts into a spacey yet quizzical outro that gives way to a solo piano piece, a somber type of exit the band has a penchant for, as heard on “Bending” from 2013’s Infinity EP.

While the album bends beneath the weight of Martin’s riffs, accentuated by his Russian Big Muff, there are lull periods on the album, such as “Hymnal,” the album’s sixth track, which marks a distinct turning point in the album, a pastoral and reverent entry, sounding like early Low if they had been raised on a steady diet of Earth just as much as they had Sunday school hymns.

“The Sun Won’t Let Us Go” invokes the ghost of Jason Molina, Martin’s voice dry and wistful, and is perhaps the prettiest Cloakroom have found themselves at as Martin croons, “I ask the sun to let us go.” This second half of the album is just as augur and glumly dutiful as it is a reflective drive down lonely country byways, the trio perhaps wearing the anxiety of influence on their sleeves, reflecting the feel and geography of their native Indiana, the crossroads of America.

The title track is a solemn Mark Kozelek–sounding number, coming across as undemanding and almost without difficult procedure or construction, with the drawl vocals lending themselves effortlessly to the introduction of strummed acoustic guitars atop a shimmering lead guitar. The next track, “52 Hz Whale,” plays its part in the waning moments of the album. It’s a fitting title for a track named after the world’s loneliest whale, with its glacial pace, psalmody vocals and vast guitars.

The rhythm section of Busch and Markos complements Martin perfectly, his voice draped in reverb, as he tempts brilliant glacier-esque glints of sound from his Telecaster that create huge swathes of ear-splintering noise, sometimes flowing at the same pace as a man standing idly on an escalator.

The crushing textures and aural qualities of the band’s signature sound are still intact, but Time Well shows Cloakroom becoming increasingly comfortable with their softer side, covering just as much musical ground as other dynamic bands, ranging from Codeine and Bedhead to HUM and Ride, shaking themselves free of most emo sentimentalities they might have shared with their former Run For Cover labelmates. Time Well, like its predecessor Further Out, is an honest and refreshing album, given today’s saturation of bands with shoegaze and sludge leanings, and this truthfulness in sound and approach should cement Cloakroom’s albums a place in every sonic-loving audiophile’s record collection. –Ryan Sanford