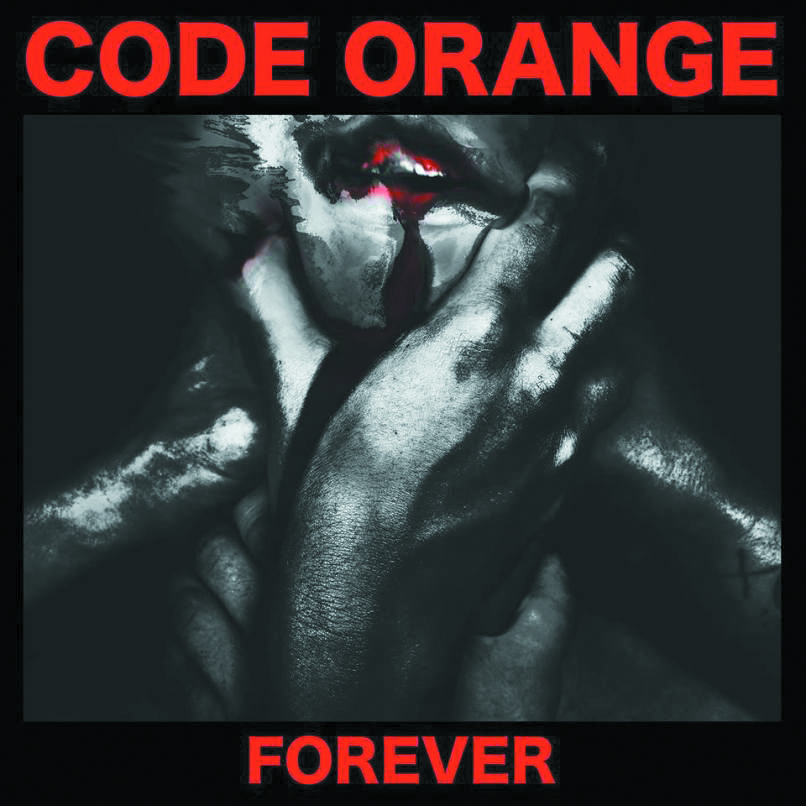 Roadrunner Records has a long, checkered history in the metal world. They’ve had bands like Nickelback, Slipknot and Staind on their roster. Conversely, they’ve also put out records by Sepultura, Madball and King Diamond, so the net is probably zero. They’re currently a part of Warner Bros. Records, making them a straight-up major label. There was a time when a band that was revered in the underground made the jump to a major, everyone cried foul. More often than not, the subsequent album would be dreadful.

But this is 2017. Are there any dinosaurs more irrelevant than major labels these days? Because of their irrelevance, is the thought of selling out by signing to one also irrelevant? I’m venturing yes. Those stringent DIY ideals have loosened, and in their stead is a desire to judge music based on its merit. Along this pattern, perhaps the labels started to get out of the way. Fortunately, the new Code Orange album hasn’t been sanitized by its major label jump.

Forever continues in the vein of I Am King, which was one of my top albums the year it came out—something I’d rethink now, but at the time, I was enamored by the echoes of Disembodied that I heard in their music. Live, they are intense. I’d never seen someone stage-dive off of a bookstore counter until I saw Code Orange.

Reviews and press templates extol the forward-thinking music of Code Orange, as if no one ever thought to put industrial samples in a song before or not have every song just be a mosh breakdown. This isn’t the fault of Code Orange. They clearly work hard at crafting their music. But if you think back over the past 20 to 30 years, Code Orange are tweaking those sounds rather than inventing them. The ever-present half-step interval that was signature Disembodied is still played frequently, and songs dropping mid-way through for a sample before picking up show up more often than in the past.

Forever feels more Frankensteined than I Am King. Samples and other sounds were placed in tracks in tandem with the flow of each song on I Am King, making them build. On Forever, they’re simply inserted. This cutting and chopping brings the album down, but Code Orange’s heavy sound is still present. Even though many of the things they’re doing aren’t as original, Code Orange have a distinct sound—something that becomes more difficult the longer the hardcore and metallic hardcore genres age. If you like heavy, Code Orange deliver. It’s too bad that the songs don’t capture and hold attention as well as their prior releases do.

Off note are a few tracks that completely break from the hardcore mold, particularly “Bleeding in the Blur,” a straight ’90s grunge/indie throwback that wouldn’t have been out of place on a mixtape with Mudhoney, Hole or L7. This direction is interesting, a continuation of “Bind You” from I Am King, but without most of the hardcore leanings. This is the spot where Code Orange’s other influences show, but it’s most notable for its juxtaposition with the rest of the album. On its own, it would be a decent song, but it doesn’t define Forever.

Forever moves Code Orange forward, but the album falls short of being a must-listen. –Peter Fryer