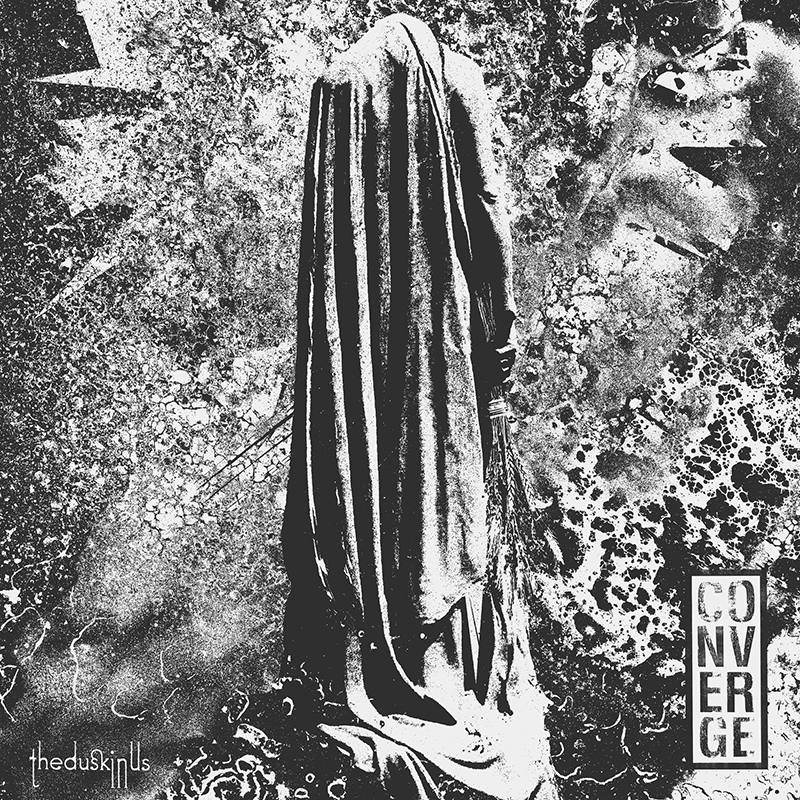 Review: Converge – The Dusk In Us

Converge
The Dusk In Us

Epitaph Records
Street: 11.03
The Dusk in Us = The best parts of  Converge’s albums since Jane Doe

When I interviewed Converge guitar-wizard Kurt Ballou back in 2009, I asked him about what a good introduction to their band would be for a newcomer. He told me that he viewed the band as having “glimmers of goodness,” but that they were “learning how to play, and not the sound of a band creating great music yet” on their earliest albums. To him, Jane Doe was the line where that changed. Jane Doe’s iconic status falls in line with Ballou’s assessment. Common opinion agrees with Ballou, as Jane Doe is heralded as a watershed moment for aggressive music.

It’s interesting, as a 20-year listener of the band, to reflect on that. I still view Converge through that arbitrary line of demarcation. My introduction came through Petitioning the Empty Sky and Caring and Killing. Jane Doe was a new direction, and still feels that way. The thing is, Jane Doe is 16 years old now. Converge are exactly the band Ballou described. They are no longer a basement-show hardcore band (check out hate5six for some early Converge basement footage), but an aggressive music juggernaut.

For many bands, that lightning in a bottle would be long extinguished, with releases becoming increasingly indistinguishable and perfunctory. It happens to the best. But for Converge, The Dusk in Us, their fifth album since Jane Doe, has kept that lightning from dissipating. It’s their strongest since You Fail Me. Though there are certain constructions of songs Converge are comfortable with—the chaotic song with the epic sing-a-long, “I Can Tell You About Pain,” the slow burner “The Dusk in Us,” or the more spoken style of “A Single Tear”—it all sounds refreshed and inspired on The Dusk in Us. They sound as hungry as they did 20 years ago.

This isn’t all to suggest that The Dusk in Us is only successful because it hits those Converge beats better than do their more recent albums. There are plenty of new ideas to be found. “Arkhipov Calm,” on its surface, begins with the familiar guitar intricacy of Ballou and the arachnid, eight-armed drumming of Ben Koller, but breaks 12 seconds in with all instruments dropping out except for the hi-hat keeping time. It’s the silence that is so stirring in this song. Converge often bombard with notes and drum fills. In “Arkhipov Calm,” this space feels exposed and propels the song. “Broken by Light” is a thrashing hardcore rager, which features Converge’s take on Slayer-esque breakdowns and riffs in its final minute. It crushes.

The production also lends to the impact of these moments. There is more separation in the instruments on The Dusk in Us than any other recent Converge album. Nate Newton’s bass is thick and audible, and you can hear the air around the drums. I felt like I was sitting in the room as they were playing these songs versus being blasted with a wall of noise from a recording. That’s not to say it’s not still loud as hell.

Regardless of release, Converge tower above their peers when it comes to lyrical content. The sing-a-long in the lead single, “I Can Tell You About Pain,” is a perfectly syncopated refrain of “You don’t know what my pain feels like.” It’s promptly followed by a feedback-laden breakdown, which will be responsible for more than one bloodied nose in the pit. Album opener “A Single Tear” is about Bannon’s feelings about becoming a father. The lyrics are spiked with Bannon’s usual anguish, but contain a large amount of hope as well, as Bannon yells, “When I held you for the first time / I knew I had to survive.” In “Reptilian,” Bannon exclaims, “We must lose sight of the shore to know what courage means.” A physical release of this album is a must—Bannon’s lyrics require more attention than a simple album stream.

The intervening years between All We Love We Leave Behind and The Dusk in Us clearly held momentous changes in the lives of the members of Converge, and by drawing on these experiences, they’ve created one of the strongest albums in their untarnished catalog. –Peter Fryer