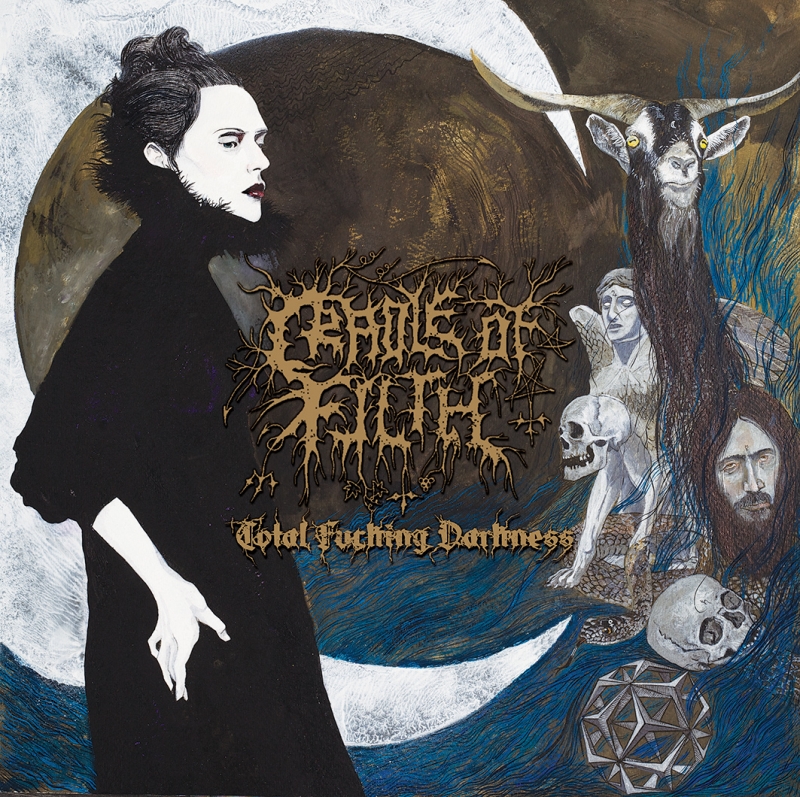 Going all the way back to 1993, Total Fucking Darkness resurrects, fittingly enough, 13 remixed tracks that old-school COF fans will be banging their heads to. Not only is this the remastered version of their third demo, it also contains the one surviving track from their abandoned album Goetia, “Splattered in Faeces”—a sluggish yet heavy track that embodies the gothic death and doom sound the band is infamous for. “The Black Goddess Rises,” and “The Raping of Faith” are stand alone tracks not just because there are two versions of each, but that they both refrain from lethargic rhythms and kick it into some high speed, double bass, black metal tempos whose jolt is synonymous with waking up in the middle of an autopsy. The final scoop in the gravedigger’s shovel recovers the low-toned, guttural vocals of Dani Filth, matched with the music’s morbidly aesthetic discordance. –Eric U. Norris
Photos: