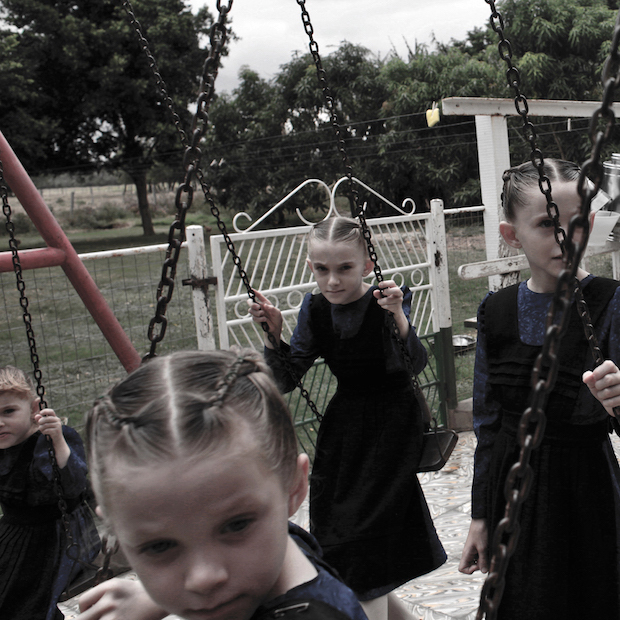 When Alice Glass left Crystal Castles in 2014, it will suffice to say that a lot of fans were left feeling pretty bummed. For many, Glass’ energetic performances had made her synonymous for Crystal Castles as a whole, and without her, the iconic name initially seemed empty and about as appealing as a bag of off-brand Fruity Pebbles. However, the founder and primary composer, Ethan Kath, decided to continue and recruited the new frontwoman, Edith Frances, for the track “Frail” back in April of 2015. Since then, Frances has been filling the shoes many had considered impossible to fill, and the pair’s first album, Amnesty (I), holds up the band’s trajectory of bold electronic punk.

The opening song, “Femen,” begins with the haunting sounds of a big-chorus vocal track being looped backwards behind the sputtering of a lo-fi drum kit. Its ominous but serene curtain is suddenly pulled away as the hook of “Fleece” introduces you to the rave of your nightmares. “Fleece” feels like you’re six hours deep into a fitful pill bender at a basement nightclub that favors aggressive strobe lighting. Frances’ lyrics are mostly inaudible, switching between stadium reverb, static wailing and the coolly stated “I love your hand, baby.” With the help of the menacing synth line, the song both suggests the possibility of its listener’s unnoticed reliance on drum cues (tell me when to jump; now tell me when to chill) and proves that hand-in-the-air responses can still be produced in a state of panic and anxiety. Tracks like “Enth,” “Kept” and “Concrete” are other examples of Crystal Castles’ subversive brand. They seem to expose the underlying anxiety that makes the promises of artists like Ellie Goulding, and other live-for-the-moment types, attractive. What if this embracing of abandonment, taken to its fullest extent, is meaningless on the other side? In the music video for “Concrete,” Frances is filmed walking backward through the dense crowd of a massive outdoor rave. She’s inconsiderate, inwardly angry, lashing out at random and trying to look sexy, all while maintaining the guise that she’s having a great time (a bit like many of those who attended Diplo at Twilight this year).

However, Amnesty (I) is not necessarily aiming to be a critique of EDM culture. Crystal Castles actually celebrate much of what EDM has given to music in terms of song structure and form (drops, dreamy sound effects, vocal modification, dance emphasis, etc). They’ve also replaced some of the glitch and chiptune elements of their earlier albums in favor of recent trends, such as trap beats and cinematic synth effects. In their calmer moments, Crystal Castles could be even be reasonably explained to a younger sibling as a fucked-up version of CHVRCHES. Yet, the real accomplishment of this album is their ability to keep making songs that transcend misery and ecstasy. The track “Char,” for example, though undeniably spooky, is still beautiful, contemplative and doesn’t give the closure that would make it a successful pop song. In a way, every track on this album could be the last song at a festival: peaking leads to happiness, leads to realizing the coming end, leads to lamenting, leads to loss. The final track, “Their Kindness is Charade,” signs off the record in this way. At the end of listening to Amnesty (I), there might be a moment of silence when there’s nothing coming out of your headphones and you’re slowly realizing that you’re a person again. Do you start the record over? –Nic Smith