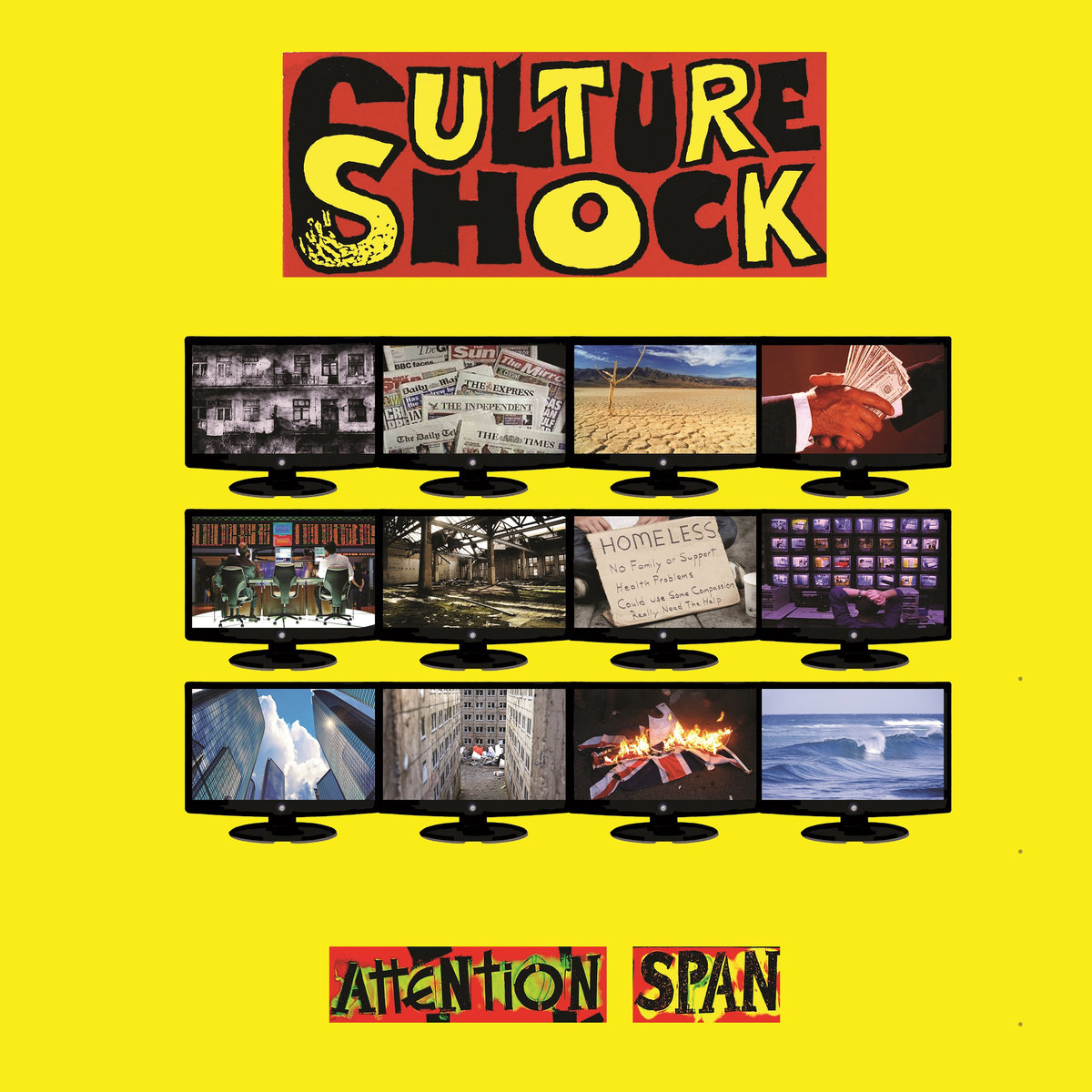 Described as the chronological and musical missing link between Subhumans and Citizen Fish for vocalist Dick Lucas, Culture Shock are the decidedly more political outlet of the three. As a band that came directly after the dissolution of Subhumans, it is interesting that Lucas returned to this name, as three of the four Culture Shock members are also Citizen Fish members. In my opinion, songs from Attention Span could be easily subbed into Citizen Fish’s Flinch album, and no one would know the band lineup had really changed at all. The biggest difference is certainly in the substance: The message in Attention Span is vehemently anti-racist, anti-capitalist and it’s actually invested in the call to challenge these ideas, all to an upbeat British ska/punk rock beat.

Lyrically, Attention Span is appallingly relevant to the issues of today. In “Mindwash,” Lucas denounces the ever-prevelent racist rhetoric present in both England and in the United States, mentioning the “fear of immigration” made worse by fear mongering in the media. Touching on issues ranging from foreclosed houses and homelessness to the excessive materialism of the digital age, Attention Span shows the ways in which all of these forms of oppression are inter-related in the grand scheme of things.

The display of the current state of affairs in Attention Span, while truthful, stays away from being negative in message. Rather, it is almost a call-to-arms to do something, whether it be weaning off the culture of excessive social media to simply questioning the misogynistic, racist facets of everyday life. In “Things to Do,” Lucas draws attention to the Icelandic revolution as an achieveable goal for those willing to protest the tyranny of banks: “Check out the Icelandic way / To protest with their pots and pans / Shut down the banks who stole our cash / They said and yes they got shut down.” Paired with the sheer energy of British ska, the tone of Attention Span strays away from being one that is simply critical of the current state of affairs, but hopeful that something can be done.

Musically, the songs are diverse in their sound and speed, which is impressive for a ska band. The recording itself sounds like it could’ve come from the Subhumans era of anarcho-punk, but with lyrics that are more self- and politically aware. Reggae influences are apparent in songs such as “Things to Do” and “Uncivilised” and the running bass lines in “Visibility” and “Sky High” are driving and highlight Lucas’ British snarl. For the entirety of the 30-minute album, the energy never drops off or grows stagnant. Culture Shock prove with Attention Span that they are capable of putting out a hell of a live show, and it’s a shame that they aren’t going to tour extensively to promote this album. Honestly, the fact that Culture Shock are still pumping out political, ska-punk jams after nearly a quarter century of being dormant is impressive—and they’ve managed to come out with something lyrically sound, hearkening back to old-school punk rock. –Ali Shimkus