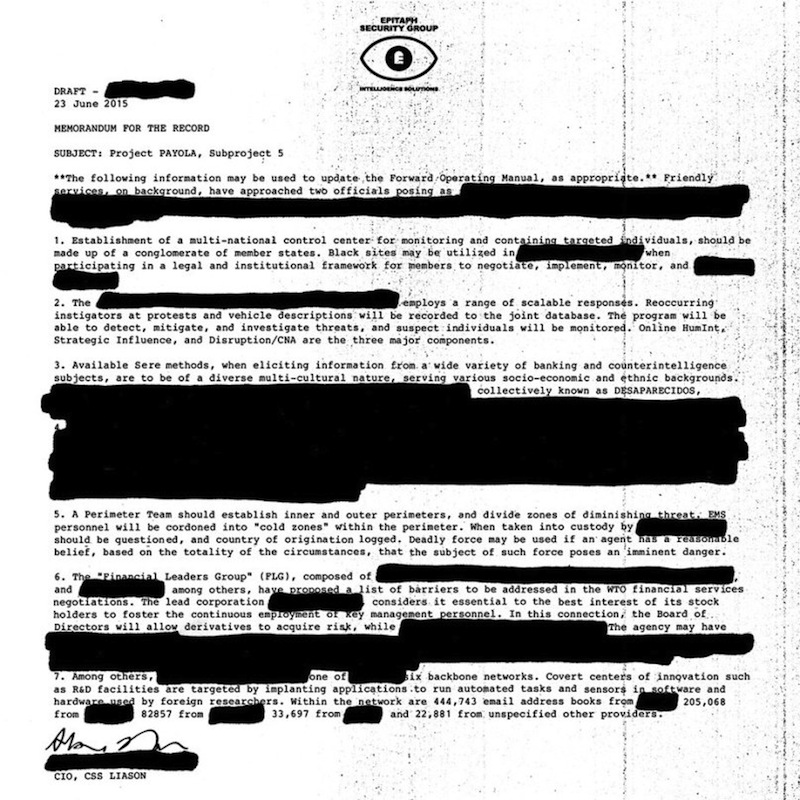 Epitaph
Street: 06.23
Desaparecidos = Against Me! + Cursive

If you aren’t obsessive about Conor Oberst like myself, you may not be aware that over a decade ago, he formed a punk band (ahem, Desaparecidos). Payola is their first release since 2002, and it carries an audible nostalgia as it takes you back to a time when “emo” was relevant and studded belts were a thing. Oberst’s distinct vocals, generally known in terms of folky heartbreak, are heard in a new way as he sings through louder, heavier and faster songs than those of Bright Eyes. “City on the Hill” features politically driven lyrics and a steady, thumping bass while “Te Amo Camila Vellejo” is quick-paced and has an almost sing-along, anthemic quality. With the novelty of Payola being Oberst and a throwback aside, this is a genuinely worthwhile album. –Kia McGinnis