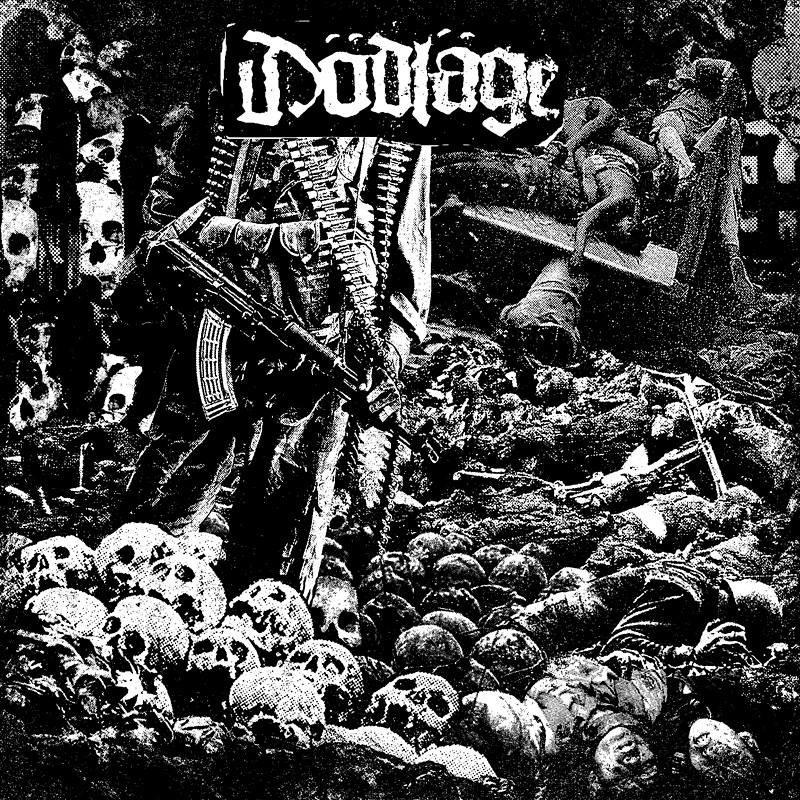 It’s with a warm touch that I remove the seven-inch piece of vinyl from its package. Crust, D-beat, the ugly bastard child of punk and hardcore, is something I’ve been fond of. The first time I listened to the insane, noisy bastardization of noise from the likes of G.I.S.M. and Discharge (mostly thanks to my love of Napalm Death), I ate up the genre, and still do when I can. Portland, Oregon’s Dödläge bring the noise and everything great about D-beat crust to the forefront of their unrelenting, self-titled 7”. The hard part about standing out and making a lasting impact in the realm of being a crust band these days is the fact that there is so much of it—because the genre inspired so many bands, it’s also, possibly due to the fact that you don’t need to be a guitar/drum/vocal pro to play the raucous shit: Hence the busting-at-the-seams new scene of powerviolence bands. So, the question is: In the 10-11 minutes that the entire 7” plays out, is it memorable or forgettable?

Dödläge display a huge European style in their aggression, considering that their name is Swedish for “deadlock” or “stalemate.” But it’s also the more metallic approach to their songs that give it the more Euro feel—think a better produced Unholy Grave or Disfear. It also has some tenancies of early U.K. grindcore. If you told somebody that “Expendable Population” was an unreleased Napalm Death track, they might believe you. The vocal approach to the whole EP is a mix of gruff grunts and higher-pitched scowls, and backing the tempo is some heavily skilled drumming. That drumming hits hardest with this self-titled release. The guitar reverb and and noisy tinkering take good effect and make things more noisy and ear-drilling: “No Sacred Ground” is a good example. All through listening, I think to myself that this is cool, but shit, is it going to stick? Do I want to repeatedly listen to it, or is is another rip-off/clone? It’s not really a rip-off so much as it is a band that is well versed in the genre and it’s headliners, playing what they want to play.

I honestly am not a pro or any sort of expert on the genre at all. I really only know a lot of big names. The cool thing, however, is that this EP and the band’s first release are available at name your price on Bandcamp. So, you can definitely try and buy, and I emphasize the buy if you’re into the music in any way, shape or form. Nothing beats vinyl. My last judgment is that for me, the listen is fleeting. Once I’ve listened through, it’s done, and its repeat value isn’t high in my mind because I’d rather listen to the names of the crust, D-beat etc. genres that have stuck. Between this 7” or a 7” from Unholy Grave, you know which one I’m picking—no offense given to Dödläge. –Bryer Wharton