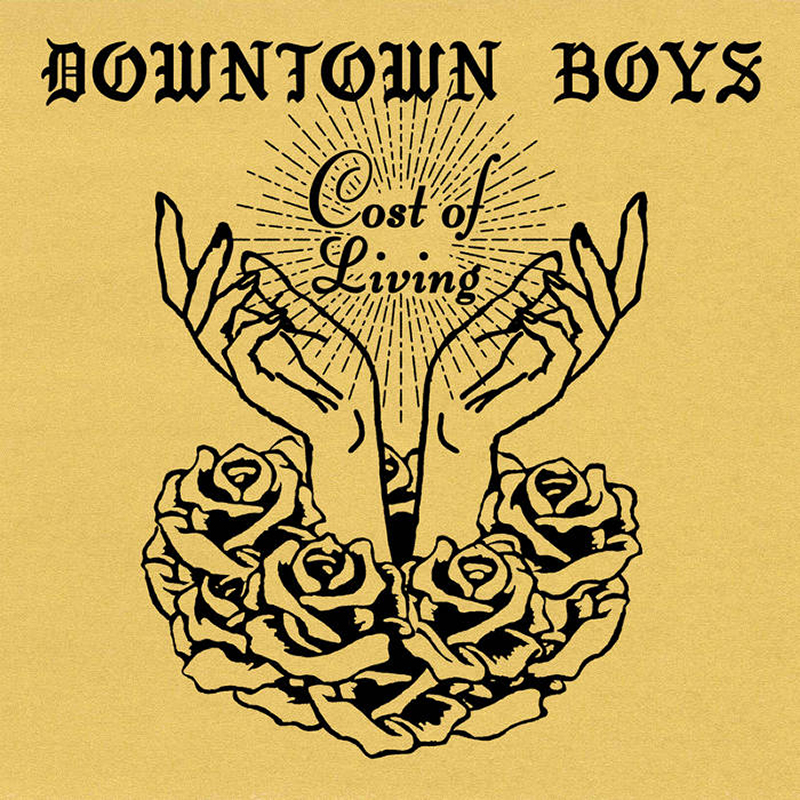 I’ve never been someone that would turn away from an aggressive, alternative rock/punk-inspired band. If anything, they produce some of my favorite releases and are my biggest motivators. By default, I’m 100-percent on board with what Cost of Living is—a politically charged, pissed-off release. Almost immediately, this album makes a serious statement. The initial kick drum makes my head bob, and I’m intrigued by the quick, pronounced bassline, which introduces the powerful, angry vocals. Not even a full minute into the first track, I already can tell that this release is something worth my while.

The Downtown Boys’ sound is almost assaulting. Their delivery is raw and comes off rough around the edges, reminding me a lot of Bikini Kill’s Revolution Girl Style Now! while still sounding clean-cut and put together like a modern indie-rock release. By mixing the catchy melodies of the trendier indie-rock scene with the classic, high-tempo, in-your-face, “fuck you” attitude of punk rock, Downtown Boys create a new sound for me. It says, “Yeah! I want to be angry, but I still want to dance to it,” and I love that. The messages within each song are so rich, and their delivery is strategic. The instrumentals draw the listener in, and the message is thrown right in their face. It’s impossible not to catch it.

Cost of Living also features some other appealing elements, such as songs sung completely in Spanish (a pleasant change of pace) as well as songs that embrace the slower, sludgier, more distorted side of punk rock. Track three, “Somos Chulas (No Somos Pendejas),” is the first track on the album that features Spanish lyrics. The vintage dryness of the drums are nostalgic of classic punk, and they set the exciting tone for this jam. It’s a song filled to the brim with activism and power. Whether you can speak the language or not, the call for liberation within this song is evident. “Because You” uses more supersonic sounds and utilizes a slow, dragging-ass-sounding bassline to add some variety to the track, which is something I appreciate. While I love a punk beat and yelling, it’s nice to throw some curveballs into the mix.

I’m genuinely refreshed by this album. This sound is something that I’ve been craving for a long time, and Downtown Boys have nailed it with Cost of Living. I love the assertiveness, the strong call of action to annihilate racism, fascism and queerphobia. Cost of Living is a motivating album that brings a voice to everyone and spotlights activism. The seamless blend of classic, gritty punk rock and trendy indie rock is a sound that will appeal to new audiences, and it came at a crucial time. Cost of Living is a nostalgically appealing album that warms the heart of my inner riot grrrl—a feeling I thought could only be sparked by Kathleen Hanna herself. –Zaina Abujebarah