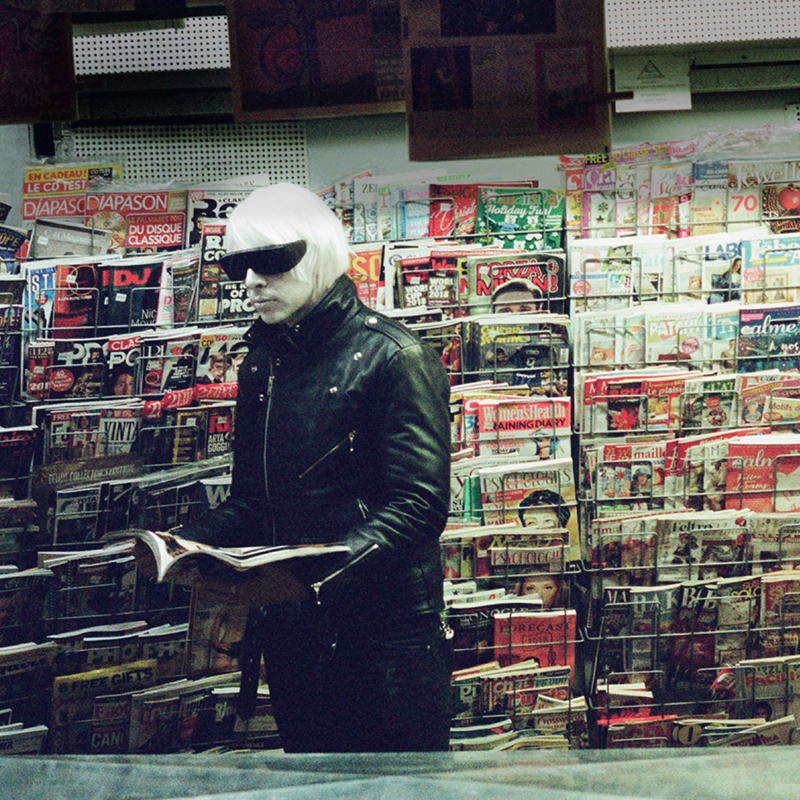 A new-wave album that’s a modern reinterpretation of the Narcissus myth by Ovid—on paper, the new album from the Los Angeles based duo of Deb Demure and Mona D, Drab Majesty, seems like it was written specifically with music and literature nerds like me in mind. The concept of Modern Mirror is an ideal set up for the melodrama that makes for the best new-wave, goth records. While this album is a phenomenal concept, and it mostly works well, there are moments where the musical, thematic combination doesn’t quite live up to the excitement projected by the original idea.

Lyrically is where Modern Mirror is the most intriguing and worthy of investigation. The modern telling of Narcissus, focusing mainly on self-reflexivity and questioning the legitimacy of a singular self as well as contemporary love in our progressively digital world—in this manner, Drab Majesty have chosen the perfect source text to approach the individualism of the so-called “Me-Generation.” However, with Ovid’s narrative slightly abstracted by poetry—without knowing the album’s connection to the myth, it might be a little difficult to piece it together. The album’s cohesion relies fairly heavily on a sonic through-line.

Unfortunately, on the musical side, most of Modern Mirror feels like it’s hitting the same notes, and a few of the songs run a little stale after ruminating too long in a singular dynamic mode. This is most evident on “Long Division,” a song that just never changes enough to warrant it’s five minute length. “The Other Side,” despite being a wonderful mix of bouncy and despondent, runs into the issue of chorus repetition. Everything on the album feels wholly of Drab Majesty’s vision, but it is sonically consistent almost to a fault. Thankfully, at just a bit over 40 minutes and only eight tracks, you won’t feel the need to skip over anything. However, thinking about the themes of Modern Mirror, with the modern yearning to avoid even the slightest lapse in attention-grabbing entertainment, one might end up feeling a bit restless waiting for changes of pace on this album.

The disappointment with the previously mentioned tracks also comes partially because of how well the album closes and how engrossing the other tracks are. “Out of Sequence” is the longest track on the album and is by far the most exciting of the longer pieces. The song builds and builds, earning each moment, until a massive instrumental outro burns off all the remaining energy of the song. “A Dialogue” is an eerie, airy introduction into the album.”Noise of the Void” edges on being too lengthy and slow, but works as the album’s deepest dive into a foggy, gloomy ether. “Ellipsis” and “Dolls in the Dark,” the two highest-tempo songs on the album, are perfect goth-revivalist songs, and the mixture of danceable energy and dark moodiness capture the best of what Drab Majesty have to offer.

For die-hard fans of new-wave and goth music from artists like The Cure, Siouxsie and the Banshees and Echo and the Bunnymen, Modern Mirror might just be your album of the summer. As much as the literary concept, and even practice, firmly grasps my interests, the musical nature of the album just wasn’t enough to hold me. I would love to love this album—I would love to love this album as much as Echo adored Narcissus or as much as goth music loves melancholy. –Evan Welsh