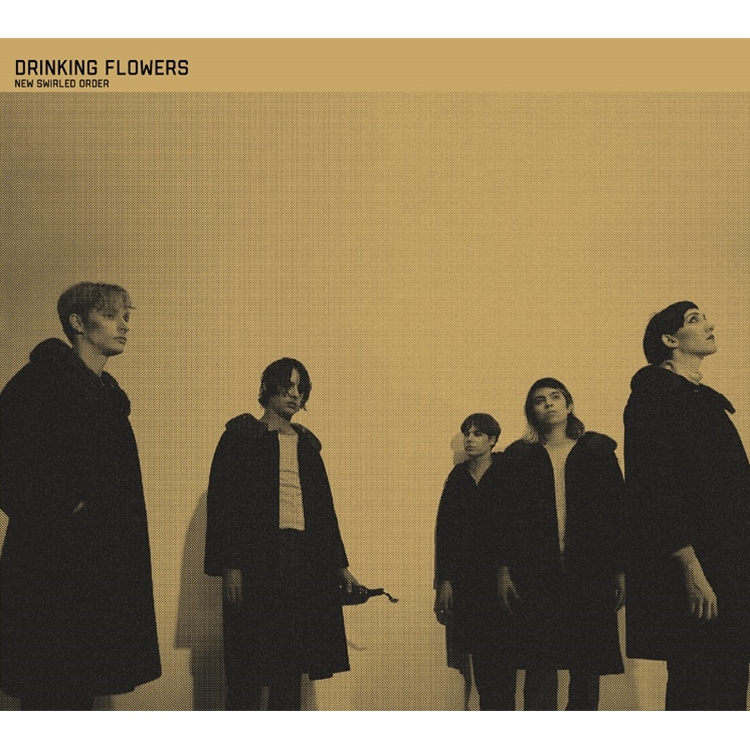 If ’80s British punk and early ’90s shoegaze melded together to make a contemporary holy child of music, Drinking Flowers would be their newborn baby. The L.A.-based quintet embodies that of a band from generations long past, but instead of copying their predecessors, they have used their influences musical genius to create something refreshing and powerful.

Drinking Flowers met working at a restaurant and instantly meshed. Each of the members equally hated their jobs serving pompous pricks and wanted an escape route out, so they formed a band. After some acclaim and much-deserved praise from their 2014 release, Sanity Restored 1972, the band has been able to, for the most part, leave their shit part-time jobs behind and move on to solely playing music together.

“Black Monday,” the album’s single, is reminiscent of any memorable new wave bands that could possibly come to mind: The Cure, Morrissey, Joy Division, etc. Just as the name suggests, the song itself hovers in the realm of a dark, sad world. Ever typical for most of the first-world population, Mondays mean the beginning of the workweek. Maybe just a few lucky ones don’t dread work, but for the rest of us, it is misery. Alexander Galindo, guitarist and lead vocalist, sings, “You sit around your smoky room / You don't want to put on your costume / You cannot seem to walk out the door / Can’t kid yourself anymore.” The lyrics ooze anguish, as though the character in the song is ever so sluggishly dragging himself from bed to his closet, where he puts on his everyday work suit and then sulks all the way to whatever his job is. The doom weighs heavily throughout the song, but “Black Monday” is nonetheless inherently relatable.

Drinking Flowers never shy away from the heavy topics. Whether it be politics or our generation’s demise, they speak bluntly through their lyrics. Galindo sings on “Your Own Sounds,” “You've got to know now / The world's upside down / You've got to know your rights.” The Clash recorded something similar in 1982 on Combat Rock. The twang of Jade Christensen's bass in “Special High” is particularly intoxicating. Christensen's harmonies perfectly complement Galindo's deep, brooding voice. Out of all the tracks on the record, “Public Servants” misses the mark. The drums, keys and guitar are exactly as they should be—rushed and lively—but Galindo's voice can't keep up. His naturally droney sound gets lost amid the hurriedness of the song.

New Swirled Order definitely is ever-present in the L.A. scene. There are distorted vocals, gloomy lyrics and lots of repetitiveness—three of the ingredients to make an L.A. band an L.A. band. Drinking Flowers wear L.A. well. With this new release, there is no doubt that they will make waves in their home city, but if I could take a guess, it will go far beyond just the Los Angeles hub and spill over onto the national scene. –Alexandra Graber