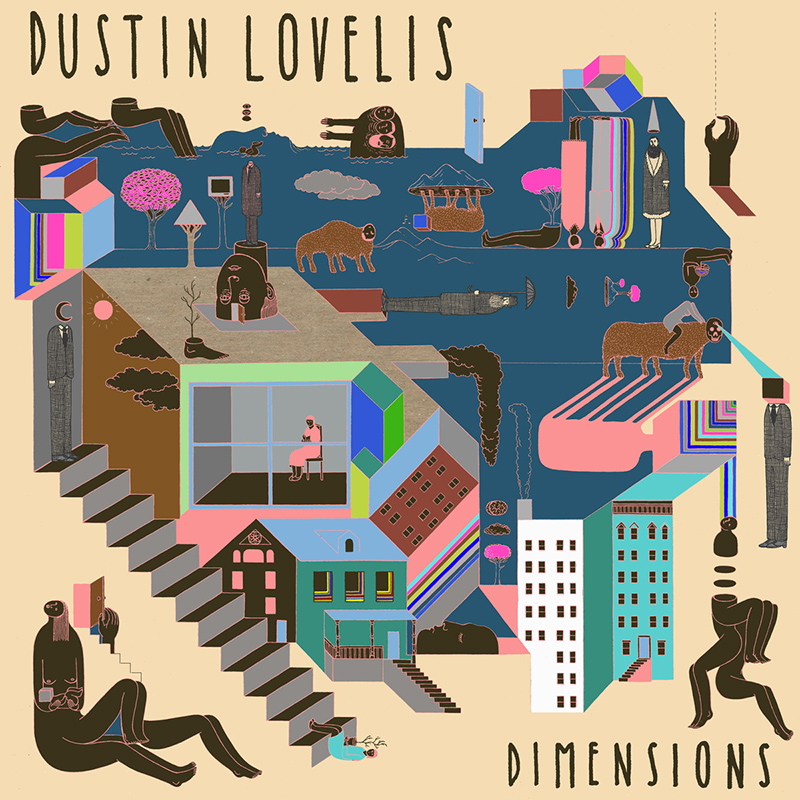 Multi-instrumentalist Dustin Lovelis offers the world his solo debut album in the form of Dimensions. It’s an ambitious effort, one that shows Lovelis creating songs out of country and subtle psychedelic elements to create mostly pop songs. Lovelis’ scratchy-yet-youthful voice positions him as a likeable character throughout the album as he sings his way through familiar compositions. The combination of country and psych in hi-fi has been explored thoroughly in recent years and has been described as “sincere, psychedelic rock n’ roll” by one of Lovelis’ contemporaries, Axxa/Abraxas. The sincerity of Dimensions can be summed up in one line: “I’m an idiot, but I’m fine in my safety net” (fittingly from “I’m An Idiot”). Dimensions is an easy listen despite its familiarity, and its last two tracks, including “Mold In Me,” prove to be the album’s most original for their unique use of dreamy percussion via bells and a xylophone. –Justin Gallegos