Review: Eddie Spaghetti – The Value of Nothing 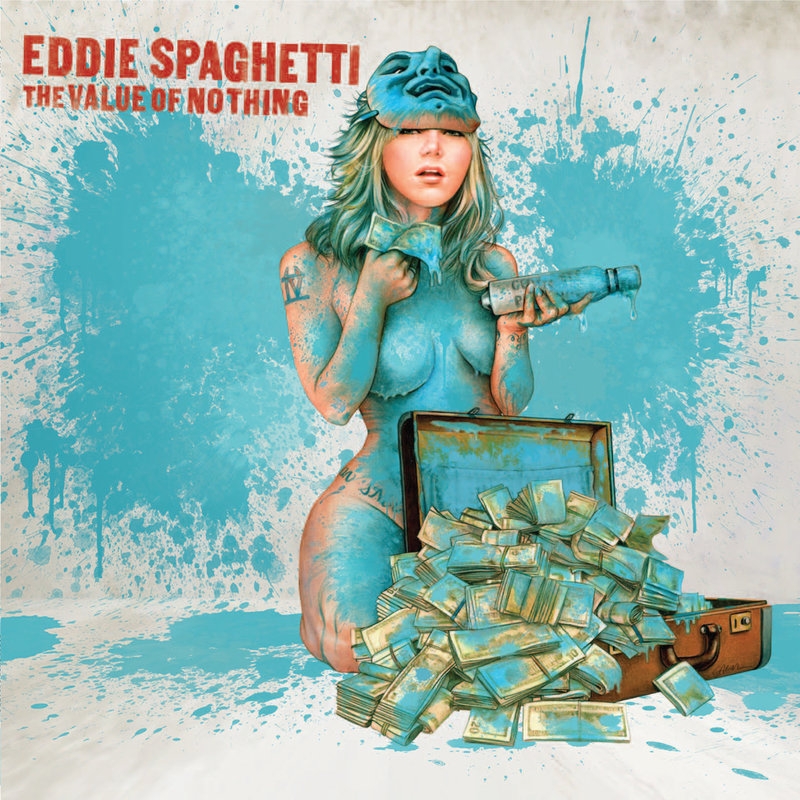 Eddie Spaghetti
The Value of Nothing
Bloodshot Records
Street: 06.18
Eddie Spaghetti = John Doe + Lucero + Dave Alvin
Eddie Spaghetti evidently has just too much rock n’ roll in his soul. With his day job fronting the Supersuckers, you’d think he’d exorcise every rockin’ demon in him, but even that’s not enough, so where his previous solo endeavors are more straight country, he’s brought harder stuff to get the party going. Ironically, Spaghetti enlisted honky-tonk luminary Jesse Dayton to produce, sing and play all over this record. Country still finds its way to the surface on the laidback “One Man Job,” a fun back-and-forth duet between Spaghetti and Dayton. The out-and-out rocker, “Fuckin’ With My Head,” is a punk tune that would be at home on a Dead Boys record. Spaghetti is a force that I don’t believe can be stopped—he jumps from country-rock to straight country to wherever he deems the correct place to be: He’s no-bullshit, and that’s the best thing I can say about anybody. –James Orme
Photos: