Review: Enforcer – From Beyond 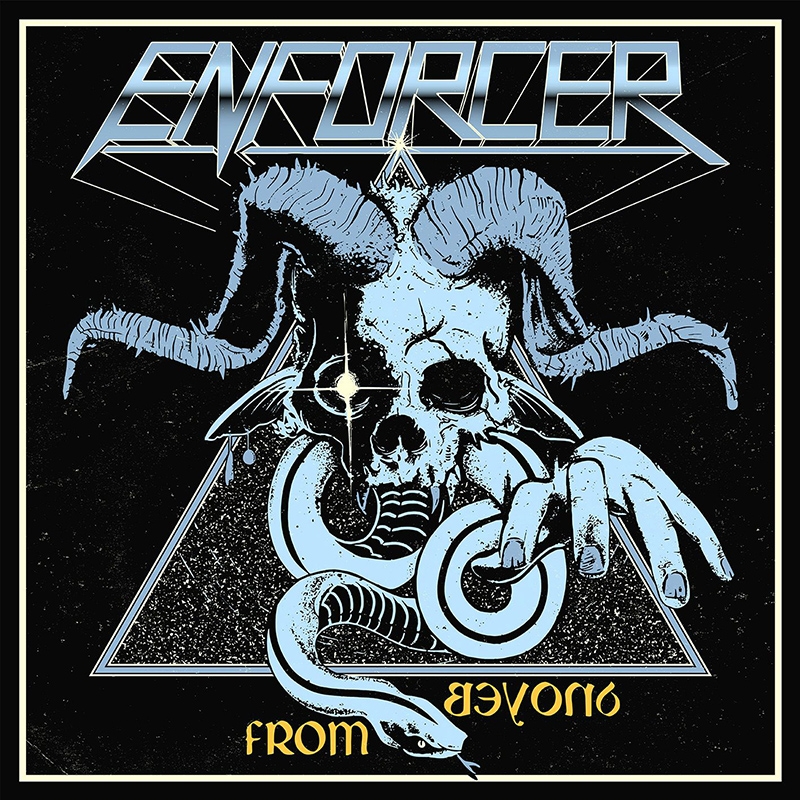 Enforcer
From Beyond
Nuclear Blast
Street: 02.27
Enforcer = Skull Fist + Striker
Enforcer’s masterful guitar harmonies and exquisitely executed solos combine forces with frontman Olof Wikstrand’s gripping vocal melodies in the band’s fourth full-length album. This record migrates from the overly compressed production of their 2013 album, Death by Fire, to a fuller sound. The style is reminiscent of Diamonds, Enforcer’s 2010 album and my personal favorite, with a blast of speed metal. The tempo variations throughout the album keep it interesting from start to finish and showcase each member’s talents. Jonas Wikstrand’s high-energy drumming establishes a solid foundation for the guitars to shred over, especially on the track “Hungry They Will Come” with an Iron Maiden–esque dual guitar assault and perfectly timed drum accents. Get ready to drive around, windows down, blasting this album on hot summer nights. You will not regret it. –Madi Smith
Photos: