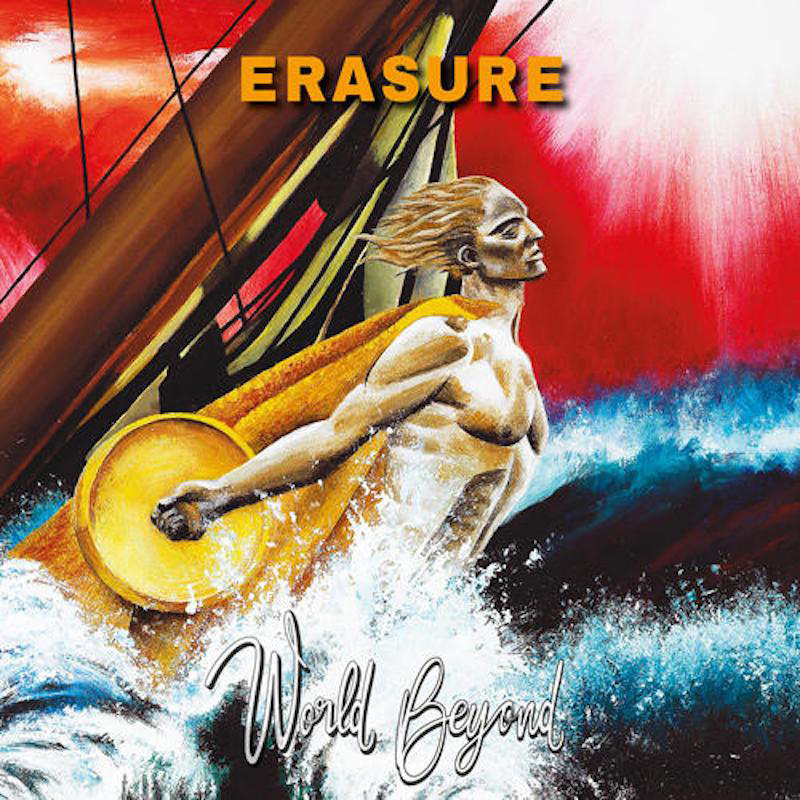 Having continued to more than enjoy last year’s édifiant World Be Gone offering from synth trailblazers Vince Clarke and Andy Bell, and in anticipation of awaiting news of their forthcoming live return to the States, it was unexpectedly pleasant to learn of a companion release that had recently been completed. (Their wait to return to the States was a necessary calculation on the band’s part, given their already exhaustive touring commitment in other parts of the world, but the unexpected result of not immediately touring this album has paid off handsomely in an unprecedented string of sold-out dates, including two here in Salt Lake City! In other words, their absence has made U.S. fans’ hearts grow fonder.) Dubbed as a “post-classical re-interpretation” of World Be Gone with the impressive talents of Echo Collective at the helm, World Beyond is not only a refreshing concept, but also stirs the beauty and thought-provoking notions the original album helped to inspire.

Last year’s review of this regenerative project offers my track-by-track World Be Gone analysis, so there’s no need to revisit those here, yet the most startling thing about World Beyond is how dynamic these recreated tracks sound. Lyrically, the new setting makes quite a few songs “pop” in new, unexpected ways. Take the slightly re-ordered opener “Oh What A World,” which swaps places with “Love You To The Sky.” A near-reverential repeated pulsing note precedes Bell’s melancholic singing (which were originally drone-like) and are joined by strings and piano. The initial wallop of the message is more than still alive, but it sounds even more arresting. “Be Careful What You Wish For!” and the especially poignant “Still It’s Not Over” induce goosebumps in their new arrangements respectively. The original album’s title track—a desire for peace and Hope if ever there was one—is divinely reimagined with a harp and a delicate vocal performance from Bell and can simply be described as gorgeous. The new setting makes its lyrics that much more profound. Likewise, the aforementioned numinous pearl that is “Still It’s Not Over” commands one’s full attention to it.

The initial intrigue of “Sweet Summer Loving” is recreated brilliantly with minatory strings that reappear even as the more lightened vocals and instrumentation rescue it from a darker collision, and the new arrangement of original lead single “Love You To the Sky” shows it is still brimming with wonder and even enhances a few extra background lyrics, which are complemented by a slight musical coda at track’s end. “Lousy Sum Of Nothing” still possesses its balladry and strength, but the vocal further highlights this project’s greatest asset: one Mr. Bell. His voice literally soars throughout. It’s a praiseworthy performance considering he’s already provided an impressive take on all of these songs.

But let’s not forget about co-creator Clarke, whose initial idea for this project was at first just to have one of the tracks be given an orchestral reinterpretation, but then expanded the concept astutely to realize the full album’s grandeur. Produced by the Echo Collective, it features the talents of seven of its members: Margarent Hermant (violin, harp), Neil Leiter (viola), Thomas Engelen (cello), Jaroslaw Mroz (double bass), Gary De Cart (piano) and Antoine Dandoy (vibraphone, glockenspiel), all of whom enhance Bell’s tour de force vocal performance.

World Beyond is available in a wide variety of formats (LTD hardback CD, red vinyl, cassette) and is released via Mute on March 9. Erasure World Be Gone Tour comes to Kingsbury Hall on Aug. 11–12 and is already sold out. –Dean O Hillis