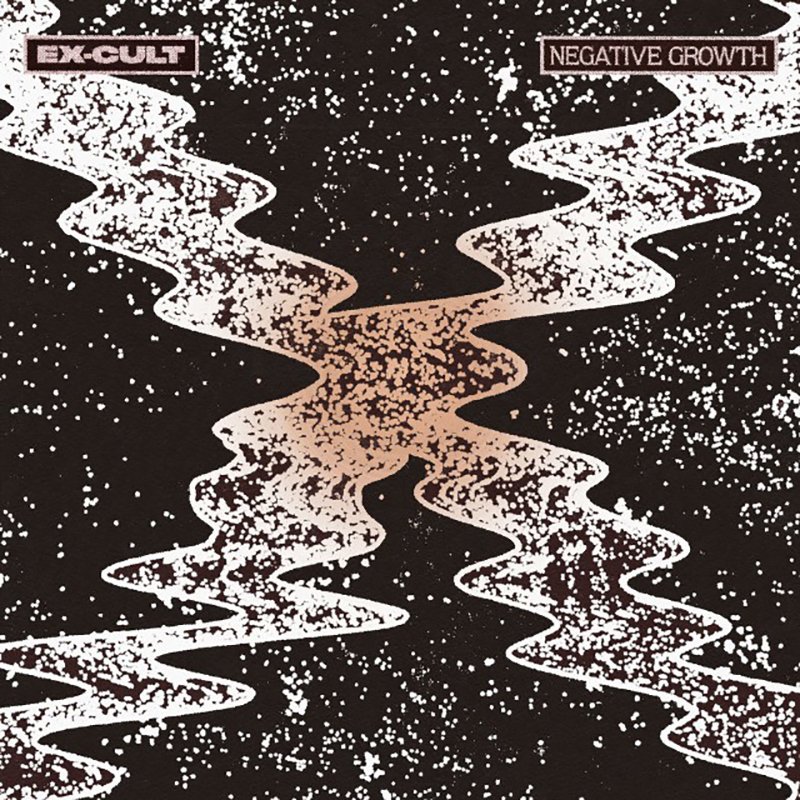 If you are not immediately familiar with Ex-Cult, then please proceed to remove your head from whatever submerged position it has found itself in. Now, provided that you have some prior experience with Ex-Cult, it’ll be clear that Negative Growth represents the natural progression of a style that hearkens back to the group’s post-punk-meets-hardcore roots. This album is complete with a fuzzed-out and sludgy sound. Numbers like “Attention Ritual (No One Sees)” and “Hollywood Heatseeker” carry us through a certain ferocity, while tracks like “Mister Investigator” clearly nod to frantic and chilling post-punk anxiousness. After thoroughly listening to Negative Growth, the resulting sensations should incur a cold and dead feeling inside that, oddly enough, will inspire with certain vigor to run amok and cause all sorts of hell.

Ex-Cult are the most exciting thing that comes from the United States’ rock n’ roll underbelly—aka the South. They boast a sound with an almost unrivaled intensity due to their furious and raw nature. From their records and via any live performance, listeners can bear witness to a band that never fails to deliver. Theirs is a stunning and seemingly awe-inspiring quality. While they are certainly modern by all means, they maintain the nostalgic, ominous and foreboding sound of a late-1970s post-punk style, bordering the line between early hardcore and the reckless defiance of first-wave punk rock. Ex-Cult offer a truly exciting style that dramatically moves past the limitations of studs and bristles. They are among an emerging number of groups (including Nots and Downtown Boys) that appear humble, but have a no-shits-given attitude, providing a sound that breathes life into hopes for an actual, authentic rebellion.

If you have not had the pleasure of Ex-Cult infecting your ears, then start at the beginning, but be sure to pick this up along the way. Ty Segall recorded Negative Growth in Los Angeles. As many may be aware, Segall and Ex-Cult vocalist Chris Shaw are members of the supergroup GØGGS. With this in mind, it should be clear as day why Ex-Cult, originally housed within the halls of the famous Memphis label Goner Records, is now being released through In The Red Records, a label renowned for carrying underground rock n’ roll royalty groups like King Khan & BBQ Show, Zig Zags and Kid Congo and The Pink Monkey Birds. It also happens to be the home of Segall’s current, various projects. So, with all of this to consider, you’ll be in good hands with the release of Negative Growth.

There are obvious crimes that come with the willful depravity of certain music. Considering Ex-Cult’s brilliant temperament, which defines much of their angsty post-punk concoction, missing out on this release and any show they play will indicate remarkably poor judgment. With this warning made clear, Ex-Cult will be touring the United States to support the release of Negative Growth. Along the way, they will rip through Salt Lake City on Oct. 13 with the support of a star-studded local lineup that includes The Nods, Brain Bagz, Hot Vodka and yours truly, DJ Nix Beat. It’s a free show, so there is no reason in heaven or hell to miss out, but before then, Negative Growth hit the shelves on Sept. 23, so break out your pocket change and pick it up. –Nick Kuzmack