Review: Exodus – Blood In Blood Out 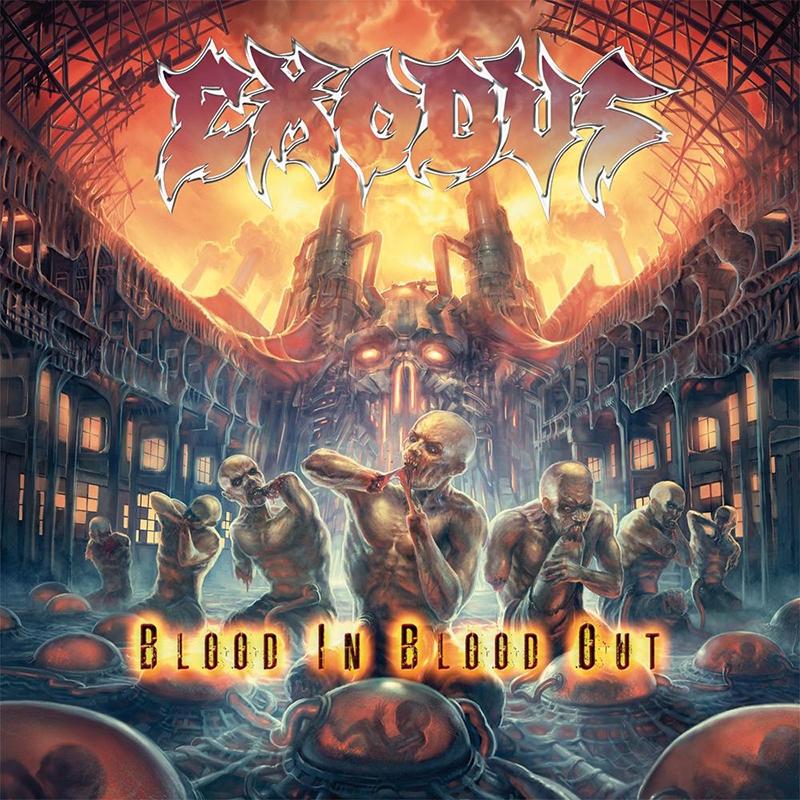 Consider Blood In, Blood Out a comeback album. Many fans regard the recent vocalist Rob Dukes’ albums the worst Exodus have released. Exodus actually fired Dukes and brought back Steve “Zetro” Souza for Blood In Blood Out. Is it a comeback for Exodus? Well, wouldn’t you know it—this is the best Exodus have sounded since Tempo of the Damned in ‘04. It’s the first time in a long time Exodus have made catchy, hook-laden, massive thrashing songs. “BTK” and “Numb” are beyond excellent for modern and classic thrash. Also worth note, Kirk Hammett (Metallica), once a part of Exodus, guests a solo on the track “Salt in the Wound,” which is slicker than any “solo” Metallica has put out there in decades. The production, while crisp, retains that raw thrash sense to appease new and old fans. So, for my ears, Exodus is back and sounding great. –Bryer Wharton