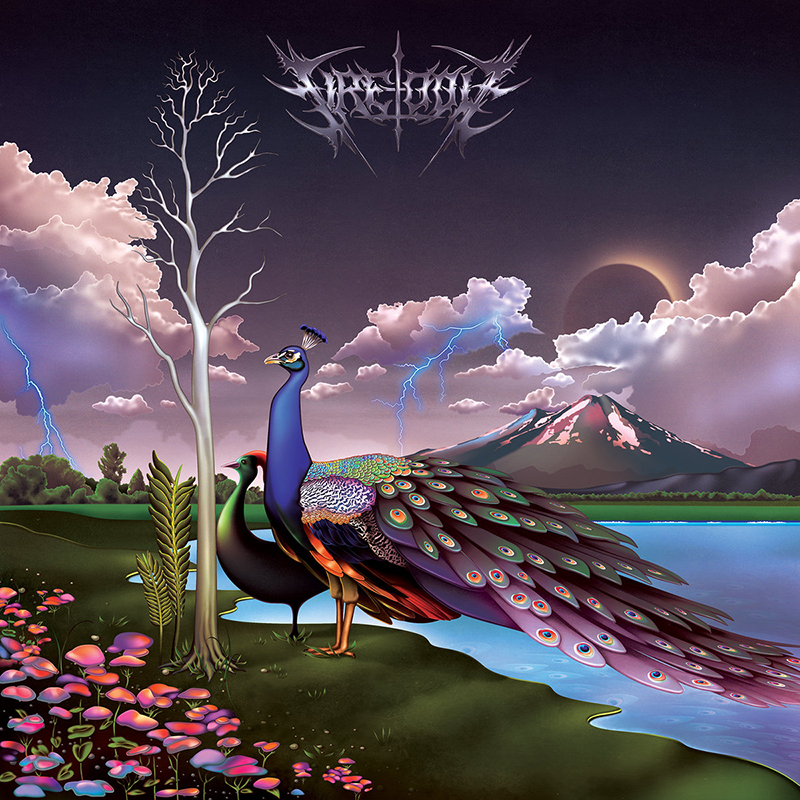 Angel Marcloid’s work as Fire-Toolz is among rare, completely unforgettable music. Whether or not it suits your taste, there’s no unhearing Marcloid’s frenetic pastiche of high jazz fusion, screamo, post-kitsch electronica and—really—anything else she desires. The unironic way that she presents this absurd music can be disarming at first encounter, but prolonged exposure to a Fire-Toolz album reveals a greater complexity to what can initially seem like shock value. On her previous albums for Hausu Mountain, Drip Mental and Skinless X-1, Marcloid showcased a strong understanding of both the technical and philosophical elements of her various musical influences, and even greater was her careful approach to the general idea of fusing disparate subjects.

On her latest and first for Orange Milk, Fields Whispers (Into the Crystal Palace), Marcloid molds her style and compositions into an impossibly tight album, all while expanding the musical scope and ethos of Fire-Toolz into more profound areas. Her work is still far left-field, but the willfully clunky aesthetics of her previous records have given way to a stoic, comfortable approach to this highly individual sound. Marcloid explores the breadth of this style in the first two tracks. “Mailto…” is a blistering, scream-filled burner, quickly followed by the suite of hyper-digital collages, ambience, arena synths and slick jazz fusion on “Clear Light.” Marcloid plays games with the listener’s adrenaline levels and sense of coherence, such as with the way “Clear Light” flirts with eerie, unstable drones before exploding into a neon burst of romance and passion in its second half.

The following track, “She Was Me, My Name Was Surrounded,” is a relatively straight-ahead composition, highlighting heart-wrenching melodies and a glistening array of synthesizers. Even without the maniacal chaos, it feels distinctly Fire-Toolz with its chugging guitar riffs and its bleeding grandiosity. Not only does this balladic track serve as a foil the succeeding blips and clicks on “The Warm-Body (A Blessing and Removal),” but it also helps make sense of the general Fire-Toolz confusion. The melodic map provided by “She Was Me…,” as well as the synth counterpoint on “April Snowstorm (Idyllic Mnemonic),” guide the listener through the murkier surrounding territory.

While there’s overall more focus on chordal synthesizer and guitar music, the knottier moments on Field Whispers are equally successful. “Fluids Come Together & the ‘I Am’ Appears” balances shots of saxophone with lulling, glitching bass and pure noise, slowly interspersing moments of sweetness before the at-once contrasting elements cohere into one grand chorus. “Smiling at Sunbears Grooming in Sunbeams” is the perfect conclusion to Field Whispers’ colorful, epic assemblage, sending the album off in a fiery blaze. The melody soars across Marcloid’s electric guitar, her screams are brittle and central in the mix, and the track undergoes a series of tempo pickups akin to Beyoncé’s famous “Love on Top” key changes: Just when you think she can’t possibly do it again, she takes it two levels past where you would’ve even expected. The whole thing eventually unravels into a final minute of droning semi-calm.

As has always been the case with Marcloid’s music—under any of her monikers—there’s a desire to loop right back around to the beginning as soon as the album closes: The emotional highs are addictive, the compositional puzzles are unsolvable in the best way possible, and the emotions reassuring and empowering. Marcloid unearths even greater depth in her music on Field Whispers (Into the Crystal Palace), stitching together the Fire-Toolz patchwork into an irreproducible, unfathomably beautiful quilt. –Connor Lockie