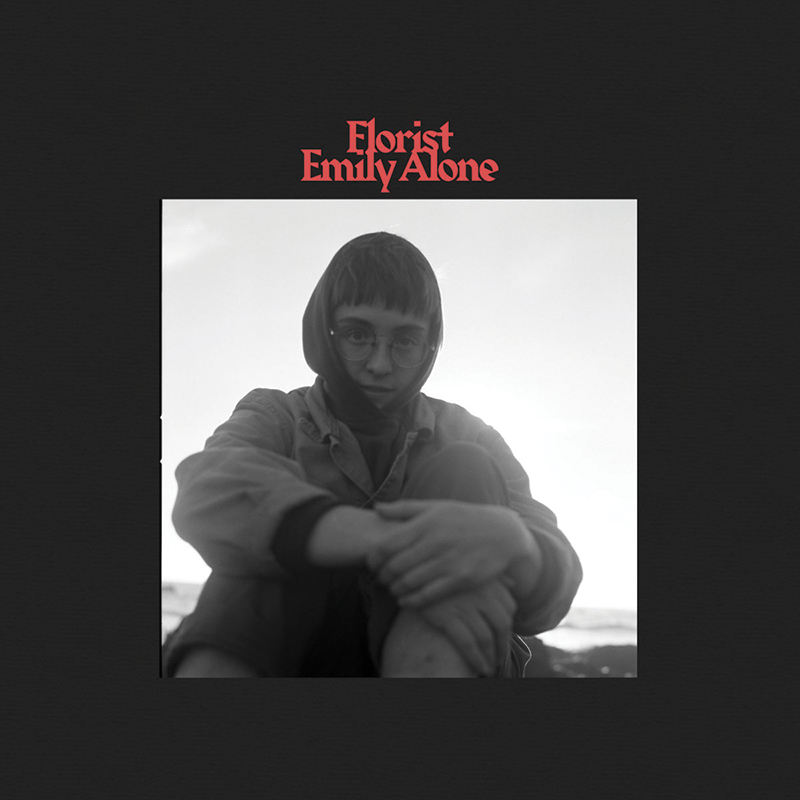 “Running around, looking for treasure in the ground / You always told me you loved me, just memories now,” laments Florist’s singer, Emily Sprague on the opening track of their new album (featuring solely Sprague), the aptly-titled Emily Alone.

Written and recorded in the two years since Florist’s last LP, If Blue Could Be Happiness, the songs seem a documentation of Sprague’s life in this period. Sprague moved from New York to California, a place they had sung about wanting to visit on If Blue‘s “Glowing Brightly.”

Emily Alone is not an exact departure from Florist’s previous form. The lo-fi tendencies still exist, as do the same intrinsic and vulnerable songwriting elements we’ve come to expect from them. There’s a bit of dimension lost, though, without the backing of the group’s other two main members, Jonnie Baker and Rick Spataro. Though the backbone, the rhythm section, is missing, the album never lacks any presence or fullness. The lost dimension here is somehow adding something new.  Sprague’s delicate voice is often double-tracked, using much of the same studio tracking to create a similar emotional space that you would find on Simon and Garfunkel records.

The first strings plucked on the album are dark, and much of it would come across that way were it not for Sprague’s quiet, unassuming voice. It fades out in the same way it begins, the last chord disappearing abruptly before the second track, “Moon Begins,” comes in—fingerpicked and at a faster pace than the opening track.

“Celebration,” the third track, is reminiscent of Florist’s first LP, The Birds Outside Sang. Sprague speaks over the chirps of birds, a gentle string section and their plucked acoustic guitar. “My hair is dirty blonde now,” they say over the squeak of changing chords before breaking into song.

Documentation is, perhaps, the best word for Florist’s work. Their debut LP recounted a healing period, while the sophomore release showed deep recollection, coming-to-terms and repose. Emily Alone continues Sprague’s point-of-view storytelling and journal-esque entries, detailing a period of growth and awe. One quality of Florist that has always struck me deeply is how nostalgic their music is. It’s nostalgic in the sense that when I hear it for the first time, I’m instantly reminded of quaint childhood memories, road trips, the color of the sky after sunset and nights of laughter with friends. This transcendence keeps Emily Alone immune from categorization and true comparison.

“M,” the album’s seventh offering, features piano and is reminiscent of Chan Marshall when she’s at her most quiet and reflective moments. Sprague’s voice here is airy yet deliberate. As quiet as Florist’s offerings are, the space that this quietude provides creates deep emotional fields—not exactly chasms, but more like flurries of seedlings from blown-asunder dandelions.

“Shadow Boom” is the album’s first single and second-to-last track. Upon many repeated listens, it’s easily one of Sprague’s best songwriting moments. It leads us to surmise that Emily Alone really is an acceptance of the present as Sprague sings: “Light comes from a time already gone / If I could see the future, I would lay down, eat a tangerine and make a cup of tea / Watch it all happen the same way, watch it all happen slow. “

Cryptic yet highly personal, Emily Alone is an endearing and curious album. It’s almost a cross between the Holdly EP and If Blue, as it encompasses all of the emotions, moments and feelings that have forged Florist a permanent space in my heart. Sprague has crafted a perfect 12-song project here—they’re the type of songs that blossom and never wilt. –Ryan Sanford