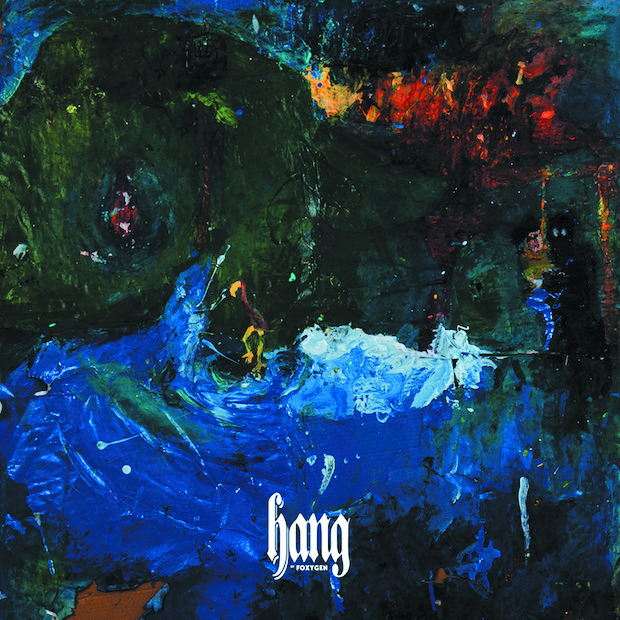 When the glam rock revival duo Sam France and Jonathan Rado released …And Star Power in 2014, the daunting, 24-track release pushed away many listeners who were initially hooked by the sounds found in We Are the 21st Century Ambassadors of Peace & Magic—and understandably so. At the time, …And Star Power felt like a digression—a handful of practice tapes had been dumped onto your lap. It was raw, sure, but it was an album revisited only by the super-fans and the critics. Now, back and with stride, Foxygen’s fifth album, Hang (named after the last track in ...And Star Power), stands as their most ambitious and realized work to date—rewriting the narrative of all of their previous work as building blocks towards this record.

While the old-school sounds are part of the equation, Foxygen’s je ne sais quois has always been their affinity for the theater component of live rock shows. Thus, it seemed like a no-brainer when the duo decided to include a 40-piece symphony orchestra into every song on the album. The opening track, “Follow The Leader,” kicks off with a Jeff Lynne–esque flair, complete with backing vocalists and swelling horns. And though it’s still undeniably a Foxygen album, the listening experience is totally different from anything they’ve released previously—taking on an experience similar to hearing a musical. The following track, “Avalon,” for example, has a chorus that sometimes sounds like Supertramp, sometimes like ABBA and sometimes like Lou Reed covering Billy Joel. Listening, I want to point to a million places in their sound to find the source, but it’s always elusive. They reach too high to be labeled as just being revivalist or derivative. Instead, Foxygen are composing in their own right. Their second single, “America,” hops from sweeping ballad to spooky overture to jazzy two-step in a way that’s both unexpected and impressive, especially if you’ve primarily thought of them as just “that one band who wrote ‘San Francisco.’”

Lyrically, though, Hang doesn’t provide many lines that stand out in the way that similar artists like, say, Dan Bejar do. France’s messages are often positive and typically assert self-affirmation for the listener. However, because of the grandiosity of the music, they sometimes come off as empty “Oh, baby’s” or lack a feeling of direction. Foxygen sing about love, eccentric artists and taking direction over one’s life. With a little more wit, this album would be a knockout. Still, the lack thereof isn’t necessarily a deal-breaker. Foxygen are pulling for big emotions with the vintage sounds of big-city dramatics, and they still get there. It’s a hard sell to discount the lament of “Trauma” or the accusatory feeling of “Mrs. Adams.”

In the final song, “Rise Up” (did I just hear a timpani?), France sings, “Everybody wonders where the red fern grows / Listen to your own dreams / Nobody else’s will do.” Again, not exactly inspiring on paper, but the music in the outro carries it so that the album ends with the same celebratory bravado that it began with. From here, I hope to see Foxygen becoming comfortable with the scale required to handle their new style while growing as songwriters to push these boundaries. If nothing else, kudos to France and Rado for carving out a niche sound while still making it feel like they’re enjoying themselves. Let’s see how they pull this off live. (The State Room, 04.05)  –Nic Smith