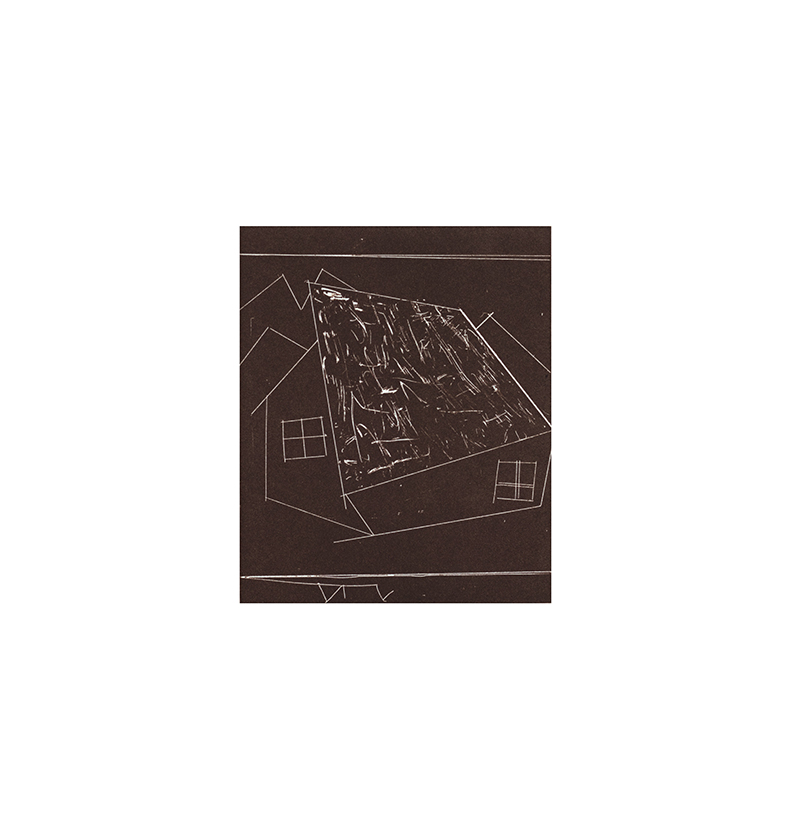 Continuing on a prolific streak of 2018 releases, Australian musician Francis Plagne moves beyond the collaborations of his past two releases (with Andrew Chalk and crys cole, respectively) for a solo release that completely disregards the song-based structure of his previous efforts. The music is a shifting collection of environmental and instrumental sounds that appears soothing on the surface, but is actually in a state of constant disarray and development.

If some artists conjure the sounds of nature to evoke a specific atmosphere, or for purposes of a sonic documentary, Plagne does the opposite. Each sound here, whether it be a conventional instrument, a synthesized sound or a manipulated field recording, serves the whole more than its own identity. The artist’s hand is omnipresent, and the resulting feeling is one of artificial and odd coincidences. One timbre that repeats throughout sounds like crashing waves. Rather than call to mind the shore, it always enters and leaves abruptly, often stretched or reversed through audio effects to constantly upend the recording’s significance.

Every time you do hear this sound, though, it feels different. For how much variety Plagne has worked in to Moss Trumpet, it’s sourced from scant material. Certain ideas recur throughout, like an arpeggiating piano motif or a dissonant cluster of breathy flute sounds. While there doesn’t seem to be a ruling form that’s guiding the music, there are plenty of moments where the vertical sum of the music results in unexpected beauties. Certain harmonies are apt to give listeners chills, and there’s even more to sift through when trying to decide how the collision between rusty chains swinging and decaying organ tones can be so affecting.

Moss Trumpet, as a title, works perfectly for this music. No matter how you turn these two words around in your head, the phrase never makes perfect sense. Moss Trumpet carries a similarly surreal bent, and the final conglomeration is next to impossible to pin down. Outside of the sound design (which, alone, is something of a marvel), there’s the atypical manner in which Plagne structures his music. The track titles provide a bit of a clue, but one that only leads to more questions. “First Part (Second Part)” leads into “Second Part (First Part)” pointing to the purposefully mirroring nature of the music, and listening straight through—even at just a half-hour runtime—can be a disorienting experience.

Overall, “First Part (Second Part)” is a lot more disjointed, featuring frequent jump-cuts and abrupt endings, while “Second Part (First Part)” is a more totalizing affair. There are many moments on the latter cut where it sounds like Plagne is simply remixing or re-layering the music you just heard, and there doesn’t seem to be a better answer to these confusions than head-scratching acceptance. Whether or not this works for you boils down to your willingness to search for every possible instance of what could be a recurring motif: marking down every second you here the eerie flutes and every time the strange mandolin sounds make an appearance.

There is, of course, the possibility that all this hyper-focusing and problem solving is for nothing. Perhaps Plagne put these sounds together because they pleased his ears, or there’s some aleatoric anti-process at work in the form. Still, Moss Trumpet succeeds in delivering a captivating half-hour of music. Whether listener’s return for emotional or analytical reasons, there’s a lot of enjoyment to be had past the first handful of listens. –Audrey Lockie