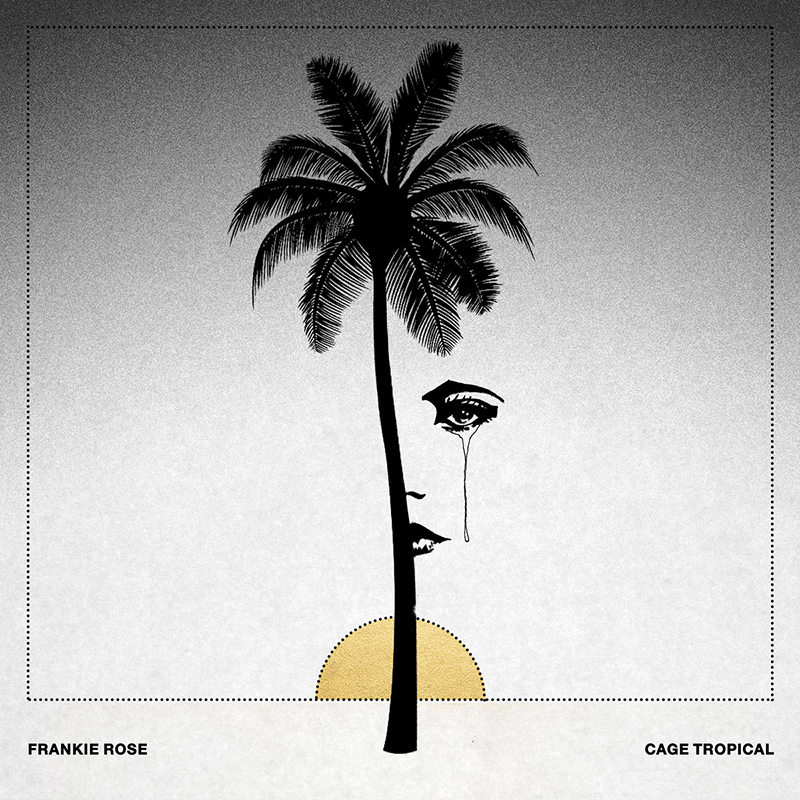 A crystal contrast just like its piercing cover art, Cage Tropical is bright and present. While Frankie Rose’s solo work has always dealt in dream-pop, she dives deeper into the “pop” part, in her latest release of 10 beat-driven tracks. She veers from the dreamy or stormy meandering that was often a feature in past works and into a place that feels very Heaven or Las Vegas—Cocteau Twins comparisons get thrown around a lot, but it was the first thing that came to mind upon listening to Cage Tropical’s stabs into the neon otherworld. She’s pushing back into new wave roots, but with a clean and modern edge, especially on songs like the opener, “Love in Rockets,” and my personal favorite, “Art Bell,” a song that glitters like a room of mirrors. But then in the title track and “Game to Play,” she resides in lively, fresh-faced dance tracks that remind me, at least in their mood, of Wye Oak’s Tween. Though that album was much grittier and less dream-driven than Rose’s work, the experimental attitude is what has me making a connection. “Epic Slack” is the only instance where Rose retreats into an intermission of whispery synths, before closing out with a tonality that evokes ancient Egypt in “Decontrol.” It feels like Frankie has come out of a cave (one with crystal stalactites, of course) and is now running through the sun, and it sounds good. One wouldn’t expect less from someone like Rose, who has been at it for so long and in so many ways, in the past acting as the backbone behind the drum kit in (all fantastic) bands Crystal Stilts, Dum Dum Girls, Beverly and Vivian Girls. This album, though, is my favorite of her solo work, and scintillates with her accrued chops.

The album’s cover art is suggestive and draws you in with its mystery. A black palm tree arches up in the middle, half a face lingering in the white sky next to it, a lonely yellow sun setting below. It holds an uncanny resemblance to the face that floats in the blue sky on the cover of The Great Gatsby. Though I’m not sure if this resemblance is intentional, Rose’s lyrics suggest from the get-go some kind of restlessness—she sings in “Love in Rockets,” “I’m wasting my time / I’m wasting my life.” Purposeful or not, the Gatsby-esque cover matches the album, which is a golden gloss, a pretty shell, much like the themes of The Great Gatsby. While it isn’t cryptic, Cage Tropical is veiled in that I’m not sure what it’s about. It just feels like an effortless flow of sound. Just as the strange cover of Gatsby somehow translates the theme of tired glamour in the book, Cage Tropical’s own floating face resembles these golden-hued tracks and their own engaging glamour. “Pretty” is the right word for this album, as well as “shiny” and “fun.” And because it is pretty and shiny and fun, this is my favorite album of Frankie Rose’s. I like that several of these energetic songs could pass as singles, and I feel like this is an album I can come back to and enjoy. It is a little gem—Frankie Rose’s own diamond. –Erin Moore