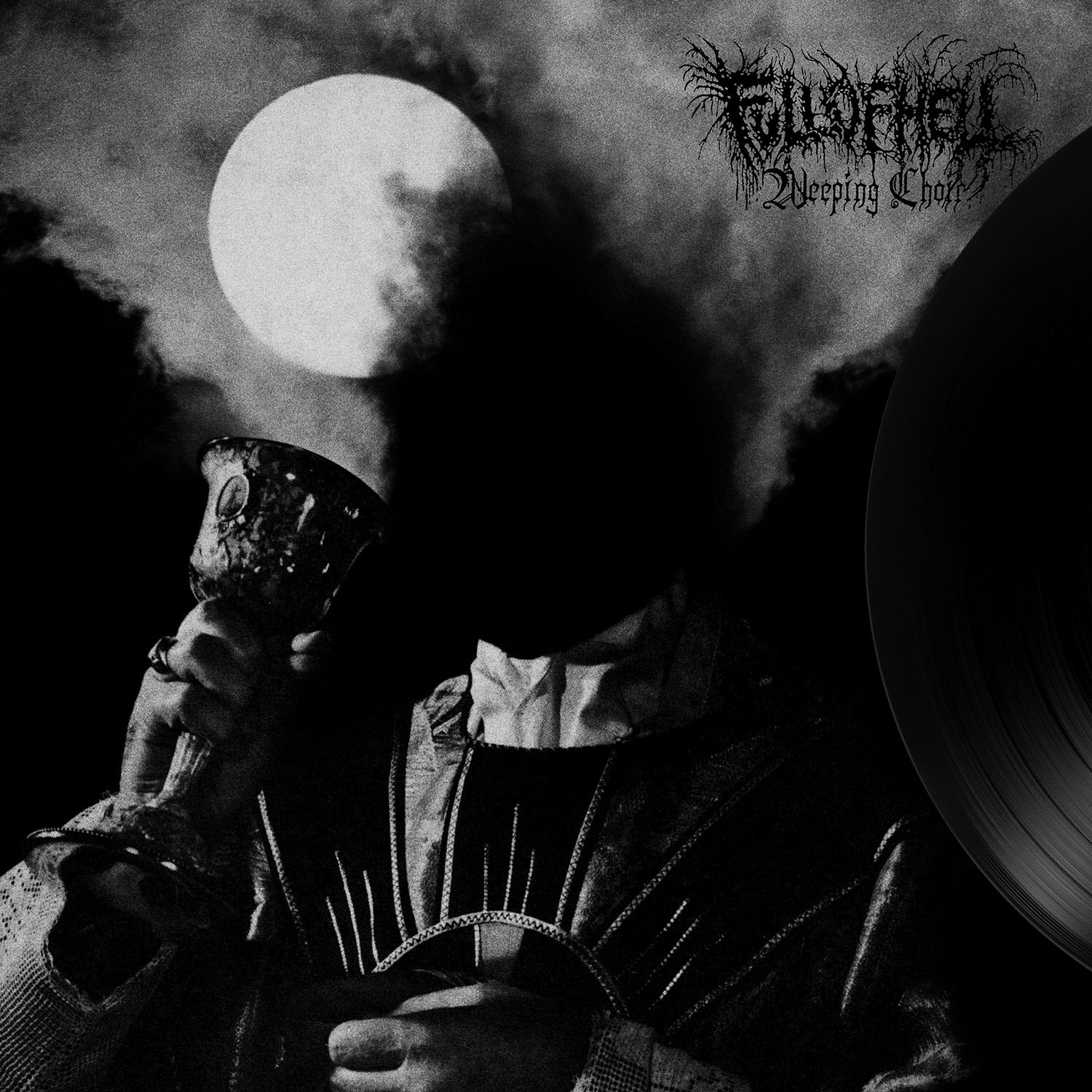 As one of the most well-known practitioners and creators of all things sonically grim and macabre, Full of Hell has continuously upped the ante on what they could add to their sound while maintaining their perpetual brutality. Over the years, in between albums, FOH have kept busy with releasing split albums with their caustic contemporaries such as The Body, Code Orange Kids, NAILS, and Merzbow, and as such, absorbed most of their techniques and adopted it into their sound. Soaking up the many shades of gray in a genre often predisposed as black and white has allowed for FOH to pack in their sound while allowing certain distinctions to flow out of the membrane.

There is no shortage of blast beats and tremolo picking in Weeping Choir and I’m made privy to that as soon as the first track, “Burning Myrrh”, juts out complete with atonal riffs and guttural growls. It pummels with speed for nearly two minutes until the finishing blows come down in the last 30 seconds while Dylan Walker yells in chant-form “Weeping ghost/Living warmth/Glowing blind/Pit of despair!” Most of the songs keep in the traditional grind formula in that they’re unforgivingly fast but they know when to mix it up so the attention doesn’t shift. In “Thundering Hammers” Dave Bland takes a break from battering his snare drum to give a more clobbering beat as its title would suggest, and “Downward” pulsates with shifting, almost mathy rhythms and descending atonal notes that leave it teetering towards tech death.

Aside from slight intricacies in rhythm and chord progression, FOH leans heavy in the use of harsh noise on “Rainbow Coil” working as a sort of interlude while “Angels Gather Here” allows the noise to layer on top of each other and with each swell, crashes into a pit of hammering power chords and screams. Full of Hell has proven to hold their own with their harsh noise experimentation—see the FOH Noise EPs—but this is the first time I’ve seen them blended together so meticulously with their grind style. Meanwhile “Armory of Obsidian Glass” does a complete 180 turning in their rampant agility for more lumbering beats and monolithic riffs in a sort of doom-fueled black metal. In between Walker’s guttural howls are these haunting “oohhs” courtesy of Lingua Ignota to give a harmonious, if not chilling, contrast to the track.

Weeping Choir is about what I had expected from a Full of Hell record—the grind and fleetingness of the songs do well in keeping their sound grounded, while on the same coin, I wasn’t expecting the noise elements to be held in such prominence to the rest of their caustic enterprise. Experimentation has been rapidly persistent in heavy music, taking genres into deeper and darker realms, and it’s only going to get weirder. Full of Hell’s Weeping Choir, I think, is going to be one that stands among the sea of noise and will polarize old and new listeners.—Eric U. Norris