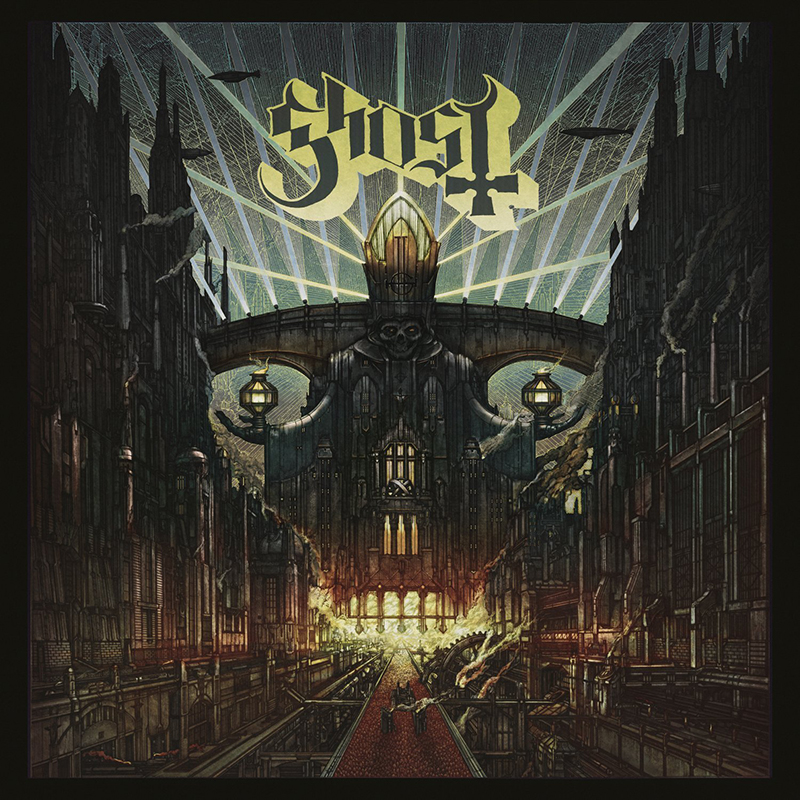 Since the Swedish group comprising of Papa Emeritus and the nameless ghouls delivered Opus Eponymous in 2010, Ghost and the band’s initial take on a bit heavier and more evil ’70s rock and costumed stage shows have made them infamous. The band’s third full-length record Meliora makes up for the mistakes made on the last record, Infestissumam, which had a goofy, schlock style and a good amount of filler straying away from the straight-up rock that they made a name with. Meliora has great vibe, and the whole thing is catchy as fuck without being redundant. I know that people already have “He Is” or “From the Pinnacle to the Pit” stuck in their heads. Meliora is similar to OE but with some heavier riffs, and the evil tones by way of fantastically done keys/synths lend it more depth in its atmosphere. It’s a little goofy, but it’s meant to be. The songwriting here makes Meliora the best thing Ghost have released yet. –Bryer Wharton