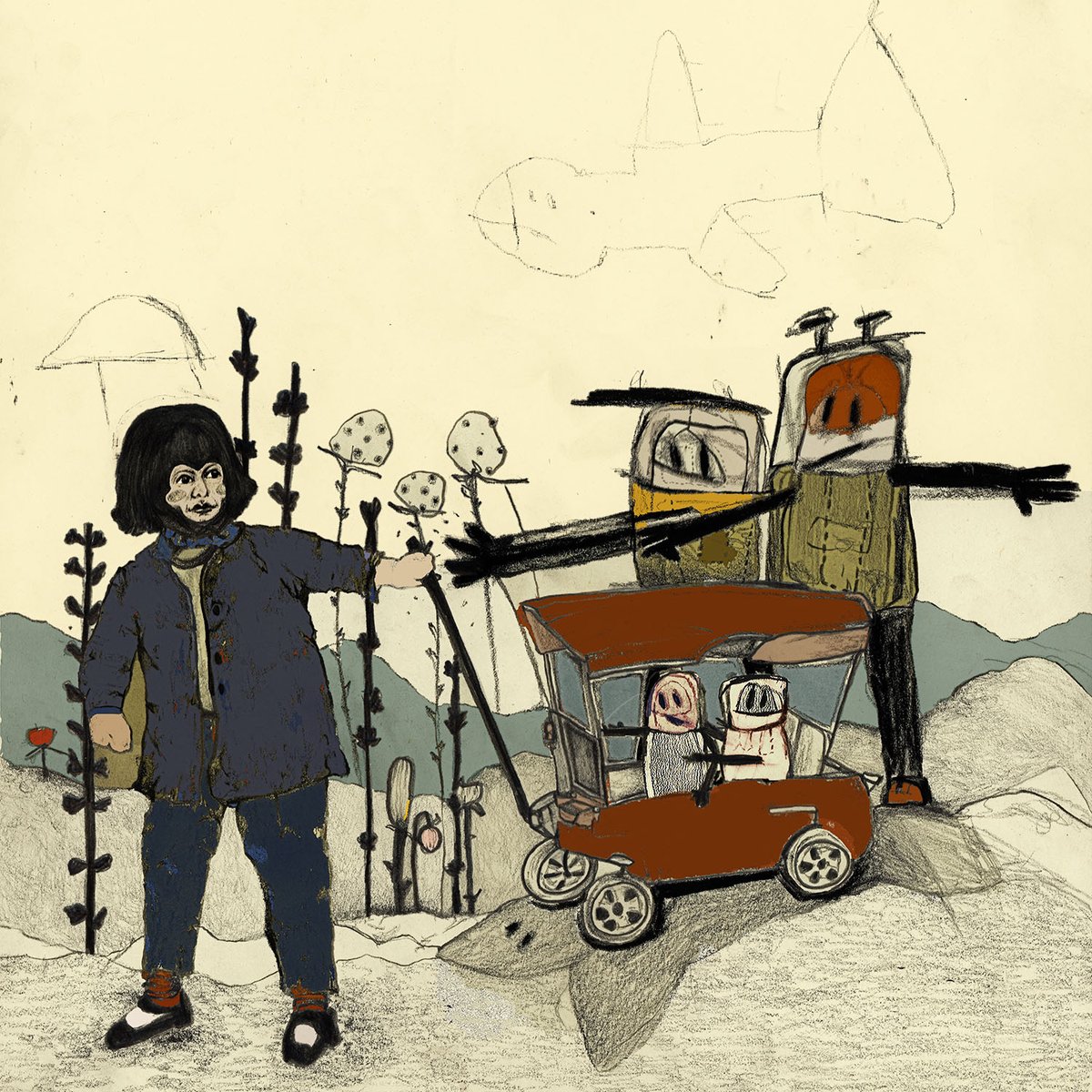 Indie-rock duo Cleo Tucker and Harmony Tividad have struck a major chord with their third release, Powerplant. While this 12-song album stays true to the roots they planted in Before the World Was Big and their self-titled release, there are plenty of new elements to swoon over within every song, like the addition everyone didn’t know they wanted but definitely needed: drums! Each song is special, powerful and extremely expressive; and they nailed it on this album.

One of my favorite tracks on the album would have to be “Your Heart.” It starts out so quietly, the vocals shining against a rumbling drum beat, accentuated by a simple riff that crashes in between verses. Like every song on the album, it builds as the seconds roll by. The vocals slowly melt into everything else, and it gains so much strength and volume before fading out.

The absolute standout track is “Soup.” I love this track in particular for its haziness. It sounds like lazing around in a sun-drenched apartment, overheated and exhausted. There’s a certain grunginess that weighs down the melody and grimes the track up underneath the delicate guitar plucking, rumbling bass line and whispery harmonies. The lyrics feel like a heavy weight on my chest, especially when sung by such sweet voices. Lyrics like “Johnny gave you a postcard to write it all down / Why are you still stuck here? / Look up from the ground” and “Crawl into the birdcage / Become a cartoon / ‘Cause all of the flowers are too much for you,” are so weighted and thought-inducing. Somewhere in between those verses, Tucker and Tividad sing, “You’ve got so much potential,” then everything pauses and they shout, “Can you feel it?”—a completely raw, powerful moment in the middle of such a quiet, sludgey tune.

Powerplant is packed with all of these gorgeous elements, yet every song is unique and stands on its own. While they’re all simply constructed with only a handful of chords, the vocals are what pull the listener in. They’re the most noticeable aspect of each track and their ethereal sound grabs my attention immediately. If there was anything I could compare this album to, it would be Crush Songs by Karen O. Although they both have completely different sounds, they’re both similar in the sense that they’re stripped down to the point of perfection. The music supports their voices and highlights their lyrics rather than masking them. They’re both completely raw pieces of work that sound like they’re coming straight out of a journal. All of the songs on Powerplant start out quiet and small, and then they gradually build into something much bigger with every passing second. It’s absolutely mesmerizing. By simply adding drum tracks and cleaning up the execution of the recordings a little bit, the entire album is so much crisper compared to their previous releases.  The tracks don’t exceed the three-minute-and-30-second mark, so the album is fast-moving, but it holds my attention so much better that way. This album is definitely something to reach for when I’m feeling a little angsty and like I need a dose of girl power. —Zaina Abujebarah