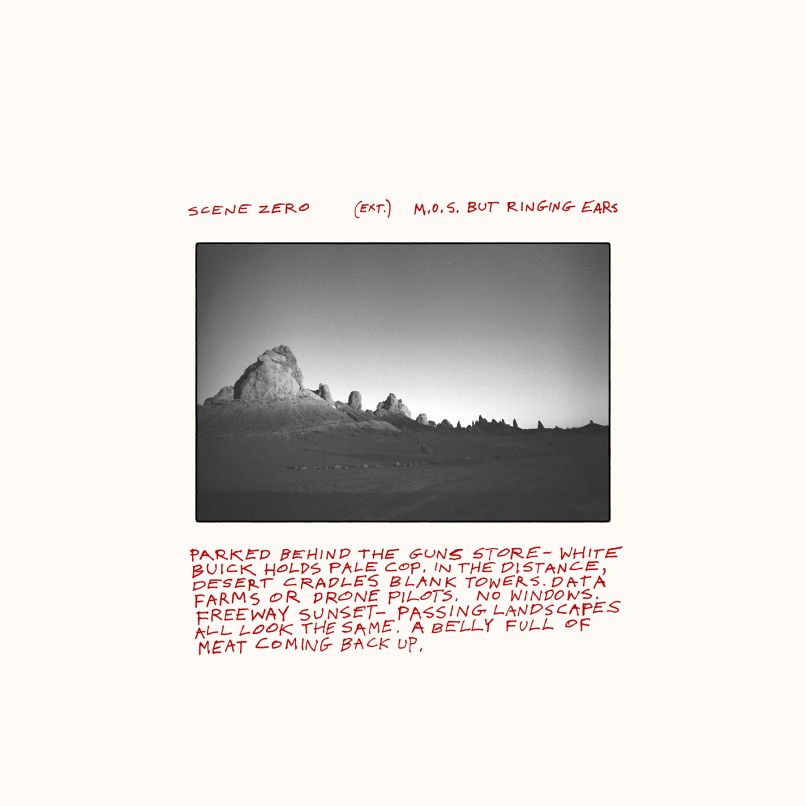 “An end to borders,” states just a small part of the liner notes of Montréal-based monolith of sound Godspeed You! Black Emperor’s newest record, Luciferian Towers, a torrential and colossal entry into the band’s already prolific and legendary catalog of records. These liner notes feel as if they are more than just a mere statement. They are instead the declaration of a new world and future, and the sounds that flow from the record echo these sentiments entirely.

Twenty years on from their debut masterpiece, F#A#∞, GY!BE show few signs of slowing down, despite a nine-year hiatus, having woken from their slumber with albums ‘Allelujah! Don’t Bend! Ascend! and Asunder, Sweet and Other Distress, two albums that pushed the band beyond any point of fury, chaos and strife previously explored. Luciferian Towers, now the band’s sixth full-length release, rises from the ashes of such exploits and brushes itself free of those relentless and violent efforts, instead coming across as a linear and intentional excursion.

As opposed to earlier releases, Luciferian Towers is as a single movement, one moment in time condensed into 43 minutes, and over this period of time, it spans everything that might encompass a journey, prayer or feeling: moments of expectancy, inspiration and prevailment. Yet while it feels as if this entry into their extensive catalog is one movement, as opposed to the duality of much-earlier albums Lift Your Skinny Fists Like Antennas to Heaven and Yanqui U.X.O., there are two sides to the Luciferian Towers coin: one, a message of hope in the face of all that shackles us as a prisoner of circumstance; and two, a growing listlessness on the verge of radical eruption—a slow riot happening, if you will.

One cannot ignore the political message of the band, with sections of the album carrying titles such as “Bosses Hang” and “Anthem For No State.” The former section of songs, broken into “Bosses Hang, Pt. I” through “Pt. III,” respectively, comes after the opener, which lends its name to the album title, “Undoing a Luciferian Towers.” The opener makes for a reverent and apocryphal beginning complete with distant horns and droning strings, which offer moments of repose juxtaposed with triumph, optimism and urgency.

“Anthem For No State, Pt. I” begins with forlorn and downcast guitars draped in analog delay, with the gradual introduction of glum and aching slide, now a GY!BE trademark. Drums build the movement up faint degrees at a time, equal parts aching and hopeful, before the bass guitar shifts the tempo, ringing out faintly sputtered chords, laying the foundation for a guitar wavering under the influence of vibrato while another, slightly-distorted is bathed in reverb. These parts, after the bridge of track “Fam / Famine,” bring us into the last half of the album, second parts I., II. and III., which push the movement to a close, as the third part begins with feedbacking amps and an unsettling drone that eventually builds to a whir of double-picked guitars on the verge of oscillation, a quick build-up from the rhythm section, with one small break from the anxiety to a part as visual and cinematic as Ennio Morricone could have ever hoped for

Gone are the nervous, angst-ridden passages of Lift Your Skinny Fists. Gone are the melancholic and glum remnants of ennui heard on Yanqui U.X.O. Gone are the surging, jarring and chaotic guitar furies present on ‘Allelujah and Asunder. The only thing remaining in this singular passage is a message, echoing brightly, a beacon on the horizon perhaps telling us that gone are the days of wicked: Our struggle will break walls and resurrect hope. –Ryan Sanford