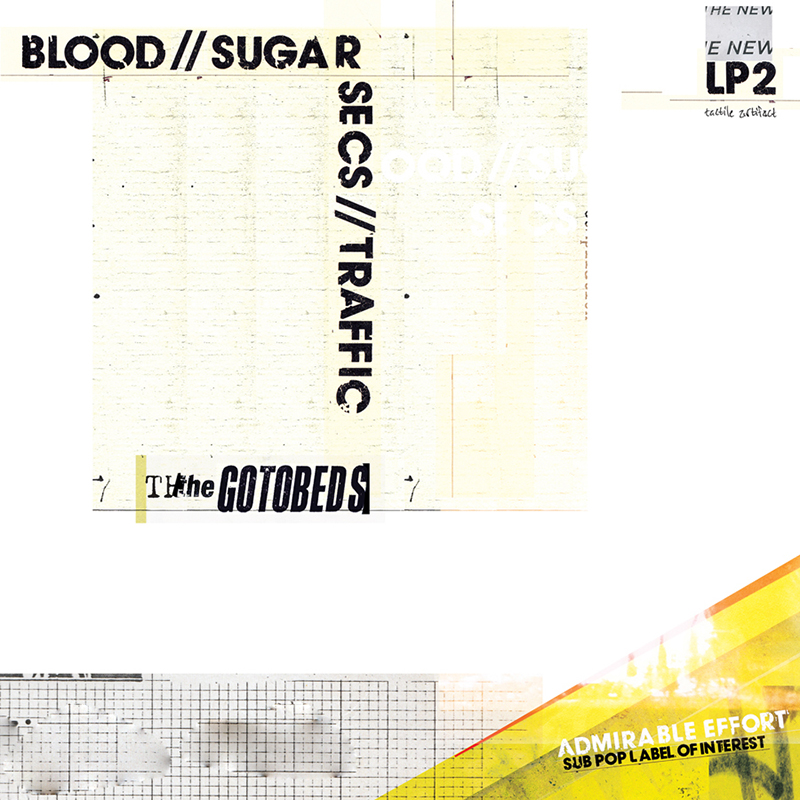 The Gotobeds are four self-described knuckleheads straight outta Pittsburgh. They take their name not from a mashup of the words “go to bed,” but rather from the drummer of the legendary post-punk band Wire: Robert Gotobed. The Gotobeds are, above everything else, talented musicians. It is obvious that they have spent countless hours in basements, garages and local clubs. They know each other. The rhythm section is relentless, and the double guitar attack comes and goes, weaving in and out and overlapping with perfect precision on every song. They are also a band that loves its hometown (Pittsburgh pride!), proudly worn in the form of pirate hats—the baseball kind.

Surprisingly, The Gotobeds’ first two full-length albums seem to be about other places. Their first album, Poor People Are Revolting, is definitely a New York record. The song “New York’s Alright (If You Like Sex And Phones)” gives us a self-aware city and its confused inhabitants, who struggle to find their place in it. Poor People Are Revolting is an album of pure, guitar-bliss noise and rock nirvana that attacks you from the very first song. The attack continues relentlessly—until it doesn’t. The final track on the album, the 10-minute-long “Sec Tape,” seems to confuse and disorient an otherwise perfect punk rock album. It’s like getting stuck on the Tilt-O-Whirl after a day at the rollercoasters. “Sec Tape” goes on seven-and-a-half minutes too long. However, hidden in its lyrics is an Easter egg to the next record, 2,451 miles away. The Gotobeds leave behind the lyrics: “Cali as Eden has been claimed / It’s false freedom.”

The title of The Gotobed’s second full-length (and first release on Sub Pop) is Blood // Sugar // Secs // Traffic, mimicking the Red Hot Chili Peppers’ Blood Sugar Sex Magik. Very much a California record—unlike the New York–inspired Poor People Are Revolting—the Gotobeds’ latest gives us a Los Angeles that is equal parts extreme existential crisis and equal parts complete apathy. On the track “Bodies,” the lyric rolls out, “A trip around the sun in my body / What matters most is that you’re nobody / It just doesn’t matter, because in the end / It’s just the shell that matters most.” The mix of the “end of the world” and “Who cares?” moments just keep on coming: “We don’t move on, we just move” (“Cold Gold (LA’s Alright)”); “No more money shots, just shots of what money can buy” (“Why’d You?”); and “Once more, some shit I want at the store” (“Crisis Time”). Blood // Sugar // Secs // Traffic gives us a world that is always on the verge of something, but never really catches fire. When the lyrics “Wait for this life to ignite” show up on “Red Alphabet,” we kind of already know that it may never happen.

With two albums that hint at the cities that bookend our culture, it’s no wonder that these post-punk, rust-belt pirates stay close to home. However, these melt-your-face-off musicians and social commentators may have no choice but to go nationwide. The Gotobeds’ Blood // Sugar // Secs // Traffic could easily be one of the best albums of the summer. –Russ Holsten