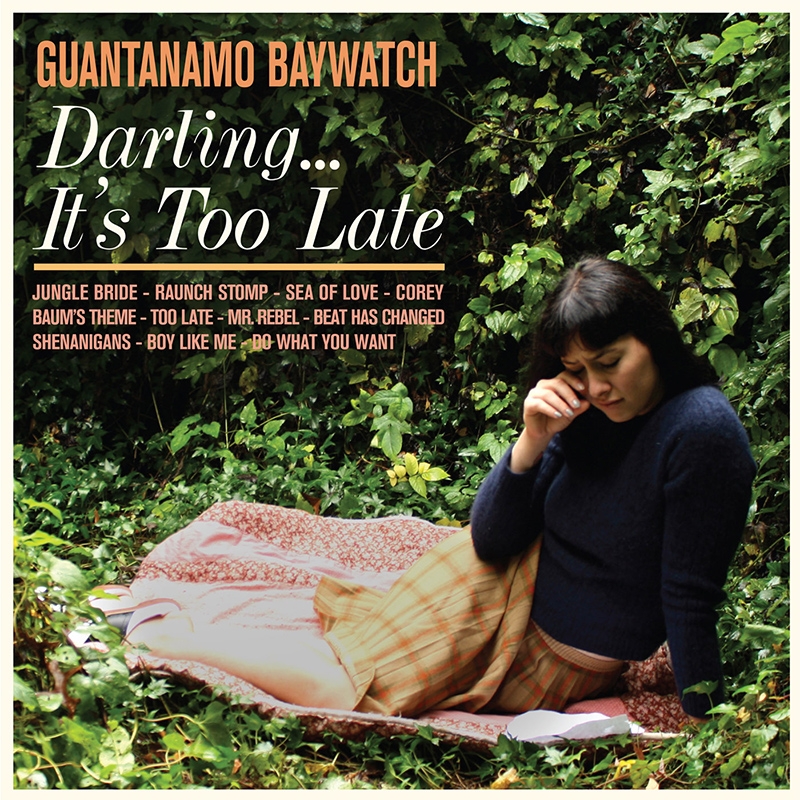 Portland trio Guantanamo Baywatch are back with their second full-length and a slight change in direction. Where Chest Crawl defined them as surf rock connoisseurs, Darling…It’s Too Late expands Baywatch’s songwriting ability in hi-fi. Listen to “Mr. Rebel” if you’ve forgotten what pure surf rock sounds like, and you’ll see that Baywatch still holds the title. As for songwriting, look no further than “Too Late,” the centerpiece of this album, featuring backing vocals from soul singer, Curtis Harding. A third of the way through, “Too Late,” just before the guitar solo, there’s a Phil Spector “Wall of Sound” moment that combines layers of reverberated vocals and guitar to the effect of hysteria—the kind of hysteria that has fans balling their eyes out and reaching desperately for the stage. It’s a defining moment and song for Baywatch one that proves their sophomore effort to be their best yet. ¬¬–Justin Gallegos