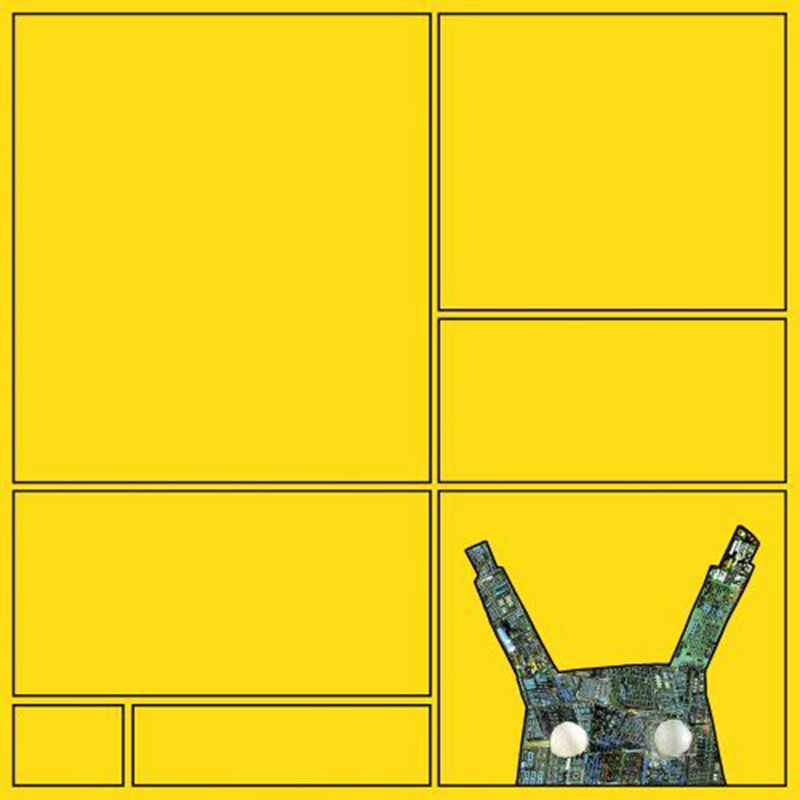 I’m not sure exactly where to begin this so let’s just start here: This is a wacky listening experience. Hen Ogledd’s third album, Mogic, is an album of dichotomies between the mystical, historical region of southern Scotland and northern England, from which the group derives its name, and the imminent and present technological, artificial world—magic and logic.

The album sees the group moving away from the group’s past work in the fields of abstract noise, electronic and genres with the prefix avant-toward a more accessible palette of sounds and song structures. They’ve subverted expectations based off their previous work and even the singles released in promotion for the album.

The album starts off normally enough. “Love Time Feel,” is a gentle, psychedelic opener that leads into the album’s two singles, “Sky Burial” and “Problem Child.” The former is a slow song, almost ritualistic in feeling, that uses electronic-tinted vocals to bridge the difference between medieval and technological soundscapes. On the latter track, the bard Richard Dawson regales us a tale from the top of a mountain like only he can over a bouncy, electro-psych, post-punk instrumental. I thought that the album might stay more consistent with the styles touched upon in the opening track and singles, but I think I underestimated Hen Ogledd’s unwillingness to remain in a single place for more than a track or two at a time.

It’s hard to tell exactly when I started to think of this album as strange. It might have been on the track “First Date,” where vocals reminiscent of Björk sing over a glitchy cacophony of staccato percussion, guitar and electronics. But that’s not exactly it—I think it came after “Gwae Reged o Heddiw,” a soft interlude of a child speaking what I assume is Welsh, which feels like a short tunnel to the second half of the album, where the weirder explorations of robotics, humanity and time live.

Beginning with “Dyma Fy Robot,” the second half of Mogic seems to get progressively stranger until its close. “Tiny Witch Hunter,” is a song that, despite its more off-putting vocal effects and over-staying length, gets stuck in the brain with its effective groove and repetition. The following song, “Transport Travel,” is a spoken-word dialogue set over a mixture of primal percussion and twitching electronics. The album closes with a swirling and electronic cover of a song by English heavy metal group Venom (because of course it does) and the subtle, pristine “Etheldreda,” seemingly ending the album by questioning human qualities of reality as constructed by an artificial intelligence—a question in broader terms that seems to permeate throughout.

Mogic is psychedelic, electronic, noisy and obtuse. But, it’s also beautiful, natural and industrial, all in one. This album pits the pre-medival and the information age. What’s so strange about this album is not even the sound of it, really; it’s that each song feeling so unlike another—brimming with influences of the world, old and futuristic—yet somehow feel perfectly at home as a suite of work on Mogic. That doesn’t mean that I think this is a cohesive piece of work or a perfect one— sometimes this album might devolve and linger too much into strangeness for strangeness’ sake for my own liking. That said, I found it hard not to continually return to this album, as it feels like there is always more to dig into. Mogic feels singular, technological and human in a way that I think could only be made now, and only by these inhabitants of the mystical land of the Old North. –Evan Welsh