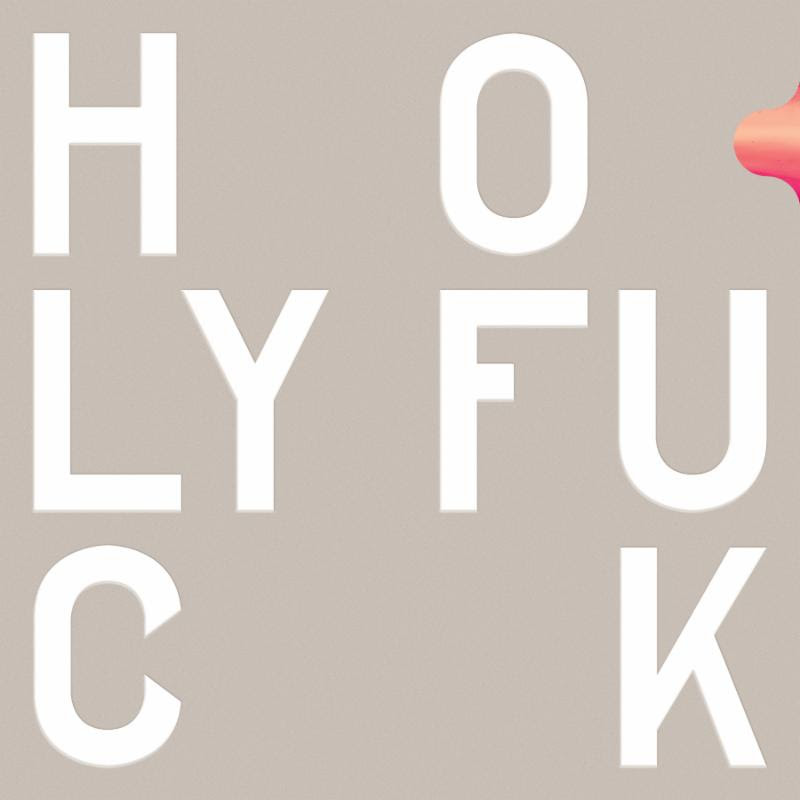 After five years of relative silence from the main corpus of the Toronto dance-rock scene, Congrats hits the broadside of what makes Holy Fuck such an immensely and immediately likable band: the fuzzy synth arpeggios, relentlessly sharp electronic beats, rockist build-ups and chaotic noise-rock takedowns. All these are here in spades while Congrats fills out their lineup with an important additional­­—the studio. Previous Holy Fuck albums were the cumulative results of friends building their recording space from the ground up in an Ontario barn, where some of their most memorable synth lines were improvised and committed to tape. Those albums (Latin and LP) always transcended, in terms of both sound quality and ideas, the LAN-party imagery of friends hauling their gear to a central power source, plugging in and playing.

In The Flaming Lips biography, Staring at Sound, Wayne Coyne famously quips, “I play the recording studio,” when asked what instrument he plays. The narrative of a band with a DIY approach to recording moving into a studio and creating hopelessly polished and produced—but undercooked ideas—looms large in the collective conscious of bands with a similar trajectory to Holy Fuck’s. Three days in the studio, however, have deepened, in terms of sonic possibility, the structured barrage of sound that Holy Fuck creates “Shivering,” which begins with a simple synth arpeggio, gradually builds into an impossibly complex superstructure using this simple, repeating phrase as the backbone of the song—with each line and beat pattern adding sinew upon sinew to a living, breathing organism.

“Shivering” is a relatively mid-tempo song in a record full of sweaty, grinding grooves of post-punk bass licks and knowing nods to NYC dance-punk purists and revivalists, including, but not limited to, a cowbell (RIP Jerry Fuchs), reverbed-out guitar swoops and piercing solos. Vocals are predominant on Congrats, whether they’re providing a rhythmic fill or guiding the dirty-dancing cacophony into some blurry, 3 a.m warehouse party climax. Congrats’ first single, “Tom Tom” is a propulsive juggernaut of in-the-red synths and a motorik bass line, which ride out binaural beats into infinity. The track’s vocals sound buried under pounds and pounds of pedals and cables. The human element is fully present, but is in danger of being synthesized to the subservience of a machine. All decisions on Congrats are commanded by Holy Fuck’s persistent search for the perfect groove: a distinct event that takes place when all of the additive and repetitive elements have reached their zenith and/or breaking point. This pattern has not necessarily been reinvented on Congrats. However, the addition of the studio brings a certain sonic space in which no sound is lost or muddled, even when Holy Fuck throw the full potential of a couple synth racks and full rock band’s rhythmic backbone through your tiny ear canal. It is massive, but never uncomfortably overwhelming.

Congrats is a welcome return from a band that realizes its full potential by pounding out some of the dirtiest, grooviest and most in-the-pocket songs of its career, outside the confines of its normal habitat. The studio move becomes a clarifying bonus rather than a cautionary tale of a band losing its edge. –Ryan Hall