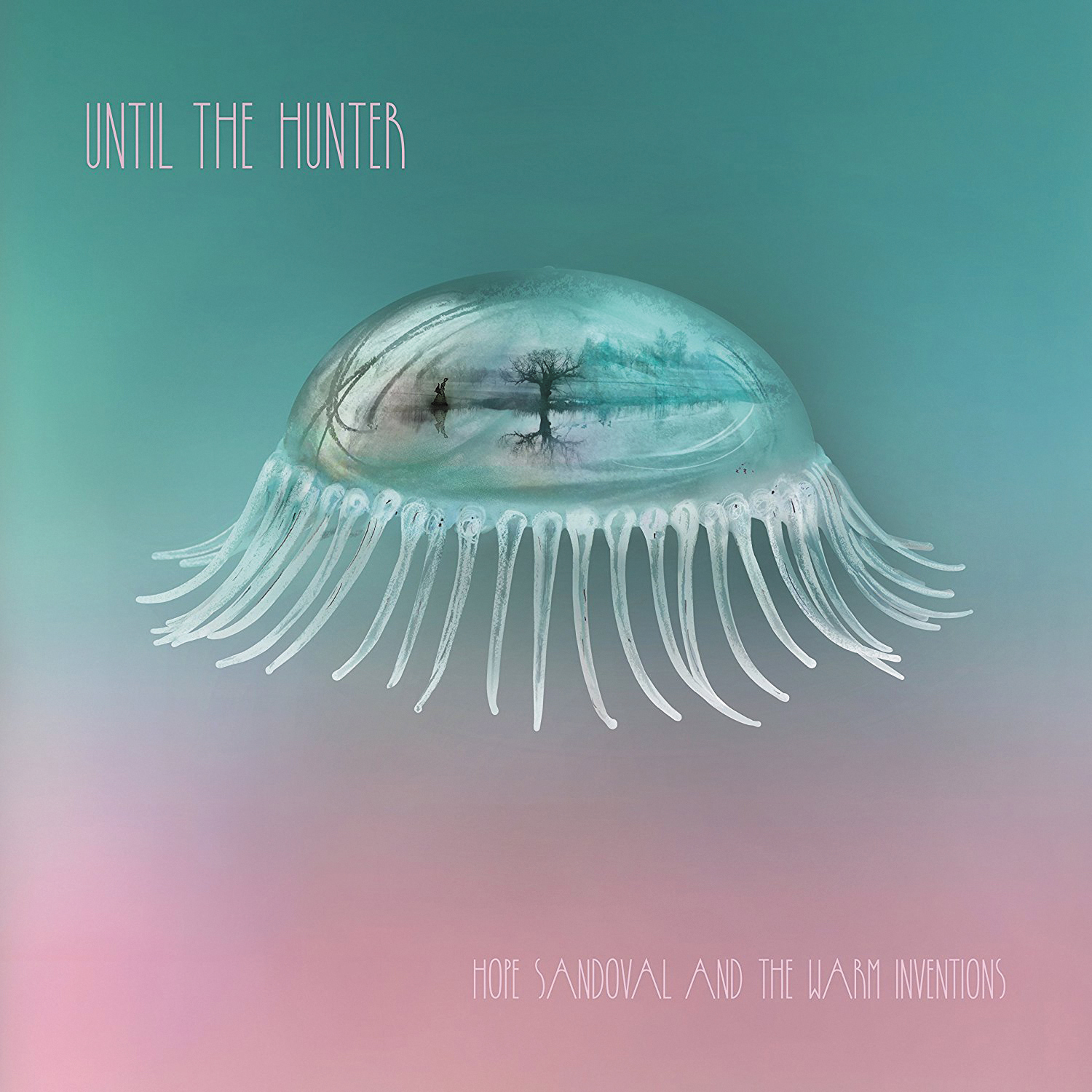 Hope Sandoval And The Warm Inventions | Until the Hunter | Tendril Tails

Review: Hope Sandoval and the Warm Inventions – Until the Hunter

Hope Sandoval And The Warm Inventions
Until The Hunter

A lot of the music from the ‘90s was loud, pissed off, in your face—Soundgarden, Pearl Jam, Stone Temple Pilots Grunge. It was the identity of the decade, but grunge’s baby sister was certainly heroin—the drug that helped fuel and kill the last great music scene of the 20th century. Mazzy Star was that quiet, mysterious baby sister of the decade, and Hope Sandoval provided that voice—the voice that exists in the peak of that heroin haze, slow and dreamlike with a haunting tambourine jangle.

Mazzy Star released four studio albums between 1990 and 2013. She Hangs Brightly (1990), So Tonight That I Might See (1993), Among My Swan (1996) and Season Of Your Day (2013). Sandoval formed Hope Sandoval and the Warm Inventions with My Bloody Valentine‘s Colm O’ Ciosoig in 2001 and have since released two albums, Bavarian Fruit Bread and Through The Devil Softly. Hope Sandoval and the Warm Inventions’ third album, Until The Hunter, is a shy little beast that wakes slowly and occasionally bites. Mazzy Star has been called dream pop, neo-psychedelia, acid folk and trip-hop country. They deliver all of the above in this endeavor.

The standout track is Sandoval’s duet with Kurt Vile, “Let Me Get There.” Vile brings his own melancholic whine and adds a cutting guitar to the track. This is easily one of the best singles of the year, and we can only hope for a future full-length with these two. This song is not the love-torn anthem that Tom Petty and Stevie Nicks (a genius duet pairing) gave us with “Stop Draggin’ My Heart Around.” “Let Me Get There” is more about two floating souls laid back in a slower world: “It was always our story, if you forgot / Everything we say we have to honor / And all the things we feel we have to remove / It’s just the way we keep it all in the groove.” Don’t get caught up in the cheese of the lyrics—the two voices together equal gold.

Not all that glitters here is gold, however. A few songs on this album at first seem clunky and misplaced. The nine-minutes-and-a-handful-of-seconds opener, “Into The Trees” is at least four minutes too long. The track “A Wonderful Seed” sounds like your weird aunt telling you a bedtime story that she recently wrote in her community college creative writing class—just close your eyes and hope she thinks you are asleep. “Day Disguise” sounds like your weird cousin that won’t stop talking about sunshine, trees and dolphins: “Why don’t you linger on / Make my branches strong so that I can shade you.” What? I must admit, on repeated listens, I have learned to adore these three songs.  The rest of the album finds Sandoval in fine form with wheelhouse songs like “The Peasant,” “Treasure” and “Salt Of The Sea.” The album ends with the hand-clapping intensity of “I Took A Slip” (every song should have handclaps) and the blues-scorched “Liquid Lady.”

In the end, this album is Mazzy Star wanting to sound more like The Sunday’s and Sandoval reminding us all that she invented Lana Del Rey, who, along with Norah Jones, lifted Sandoval’s vocal stylings and cashed checks. This isn’t a perfect album—at times it reaches, misses and recovers, and I am fine with that. It’s not your mother’s Mazzy Star, but it’s Hope Sandoval welcoming in her warm inventions—perfect for those cooler fall days. –Russ Holsten