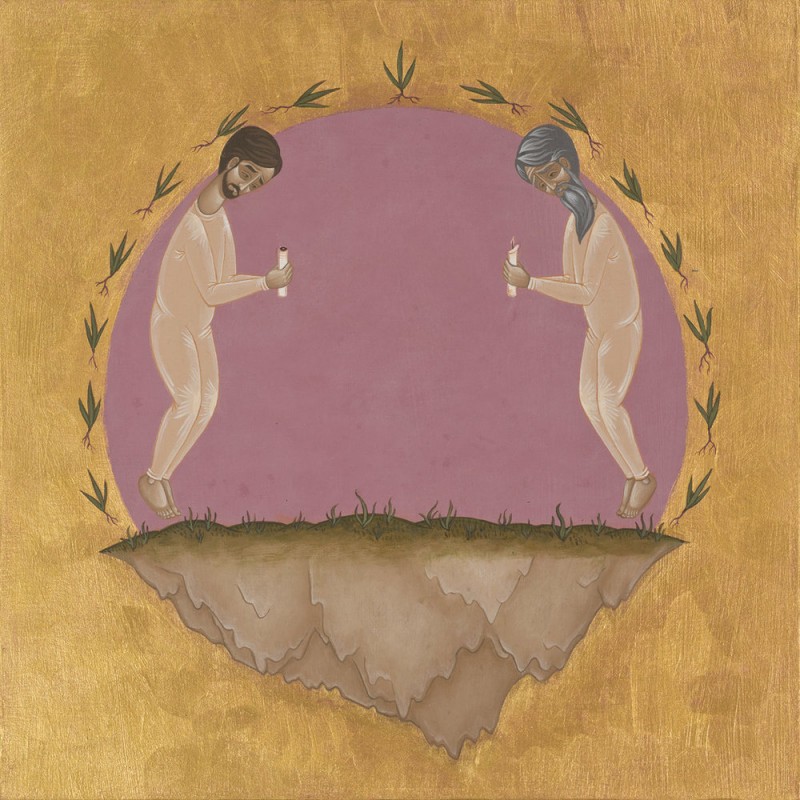 Review: Hospital Ships – The Past Is Not A Flood

Hospital Ships
The Past Is Not A Flood

This album is for the perpetually sad: the faint, the despondent, the worrisome, the unwell, the jumpers, the seekers, the meek and the mild; the hopeless, the naked, the grieving, the breathing, the break-uppees and the break-uppers; the doped-up, the sober, the somber, the fearful, the broken, the pensive, the nervous, the tearful; the toppled ships, the severed sails and all that sinks beneath. Tread lightly, you shiny-happy people—this album is not for the whole of heart.

Hospital Ships, the moniker for Kansan-based musician Jordan Geiger, lend their wounds to universal pain with The Past Is Not A Flood, an impactful six-track flotation void of intellectual insouciance. Fusing modern technology with archaic human crises, Flood is an open reflection of the thinking, feeling man: lonely and plighted, yet gone all too soon.

Produced by John Congleton (The Walkmen, Explosions In The Sky, Unknown Mortal Orchestra) the record is an amalgamation of melancholy and apprehension that registers as audial mental illness. “You and I,” a bleak nod to Geiger’s personal battle with anxiety, sounds like anxiety: The repetitive piano plinks coupled with the stressed-out synthesizers are about as reassuring as one’s future. In turn, the woebegone “Long May You” whirls with the submission that accompanies loss. Compared to the compact Ships of old (see: 2011’s Lonely Twin), Flood’s Ships are sonically spacious, but even with the barrage of rippling vibraphones and triangles, the band keeps afloat. Particularly buoyant to the contemplative LP is the single “All In Time.” Featuring Geiger’s countertenor and punchy percussion from Swans’ Thor Harris, the grooving syncopation uplifts the singer’s lyrical surrender to mortality.

While a desire to vocalize suffering is by no means unique to Geiger, his motive and subsequent execution are inimitably honest. He mourns the late Jason Molina (of Magnolia Electric Co.) on “Nothing To Hide” and his decision to not have children on the wistful “Little Flower.” He sifts sensitively through stages of a sorrow that he hopes to one day defeat, if only by resignation. It is not a coincidence that the two songs of polarized perspective—“You and I” and “All In Time”—are underscored by the same melodic theme: If the former is Geiger’s uncertainty, the latter is his acceptance.

Acceptance, as it were, is the line drawn in the sand. It is the white flag, the floating ship in a deluge of disorder. It is the channel to overcoming the sadness. Waves of depression, while torrential, are able to crash into catharsis. One forced to live with such all-consuming dread is further forced into stomaching the absurdity of having to live at all—an assent that, while brutal, is imperative to one’s progression. The idea is akin to listening to a heartbreaking song during a heartbreaking time—While it might initially worsen one’s condition, the confrontation will enable one to feel, grieve, and eventually move on. The Past Is Not A Flood allows Geiger to do all three, an achievement that, while resonating with the perpetually sad, will go fully misapprehended by the shiny-happy whole of heart. Alas, behind Ships’ full-bodied clamor shrugs a tender, pensive man whose message is one of acquiescence. As listeners, what more could we ask for? –Cassidy McCraney