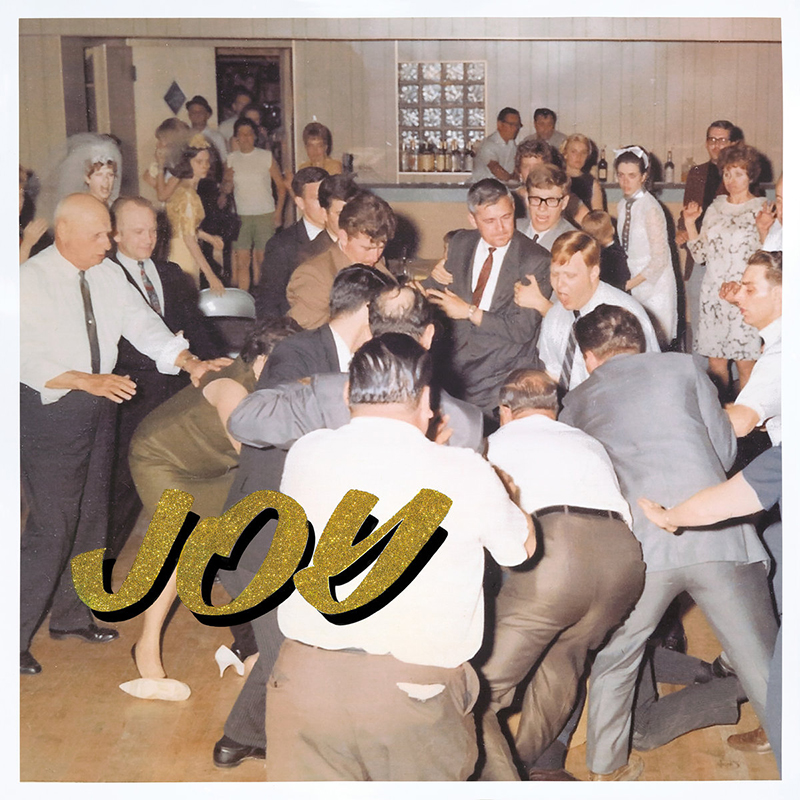 IDLES | Joy as an Act of Resistance | Partisan Records

Review: IDLES – Joy as an Act of Resistance

IDLES
Joy as an Act of Resistance

Last year, Bristol-born quintet IDLES kicked in the front door of the underground punk scene with their debut album, BRUTALISM. The record’s furious energy and politically charged lyrics made for an irresistible listen that felt ready to take on the current socio-political era with gritted teeth and clenched fists. A little more than a year after the release of BRUTALISM, IDLES return with the same energy, wit and charisma of their debut with a new emphasis on vulnerability, sincerity, joy and togetherness.

Joy as an Act of Resistance feels exactly like its title would lead you to believe. Lyrically, the album confronts the prevalent issues of toxic masculinity, immigration, nationalism and social and economic inequality, all the while being an album that will leave you tired from dancing and sincerely smiling from the unity and vulnerability preached throughout.

It’s in addressing these relevant political issues with biting and witty lyrics where the album shines, offering some of the best lyrical moments of 2018. During the second act of the opener “Colossus”—a hardcore punk explosion that erupts from the ashes of a brooding Swans-like first act—frontman Joe Talbot offers the incredible lines “I’m like Stone Cold Steve Austin / I put homophobes in coffins / I’m like Fred Astaire / I dance like I don’t care / I’m on my best behavior / like Jesus Christ our savior.” The track “Never Fight a Man With a Perm” is an early instance of the group tackling toxic masculinity as Talbot paints the picture of a stereotypical beefed-up male that’s “one big neck with sausage hands” and ends with an offer to just “hug it out.”

Directly after “Never Fight a Man With a Perm,” the band shows their politics and begins to tackle nationalism, political differences and class inequality on “I’m Scum” as Talbot sings, “I’ll sing at fascists till my hair comes off / I’m lefty. I’m soft. I’m minimum-wage job,” and “This snowflake’s an avalanche!”

As Joy as an Act of Resistance moves forward, listeners dance and thrash to songs that continue to discuss important and recent topics like Brexit and immigration, to ponder the societal expectations of masculinity, and to delve deep into some of the most vulnerable moments of Talbot’s life. “June,” the emotional centerpiece of the album and the most emotionally affecting song in the entire IDLES catalogue, features pulsing synths heightening the strikes of the bass drum as Talbot grieves the loss of his daughter with heartbreaking lyrics like “Baby shoes: for sale. Never worn.”

All in all, Joy as an Act of Resistance feels like a more fulfilled, more mature vision than Brutalism. IDLES have corrected some of the pacing issues from their debut, evolved their sound, and made their message more concise. The heart of this message can be found in the lyrics of “Danny Nedelko,” a song about Talbot’s love and appreciation of immigrants. Talbot sings, “He’s made of bones / he’s made of blood / he’s made of flesh / he’s made of love / he’s made of you / he’s made of me, unity!”

Joy as an Act of Resistance is ultimately a celebration of people in the face of collapse. If you search through their social media, you’ll find that IDLES and their fans have found a motto of strength in the poetry of Dylan Thomas. IDLES have decided to resist the powers that be by using love and sincerity, admitting their vulnerability in hope that others might admit theirs and join them in not going gently into the seemingly pitch-black night. –Evan Welsh