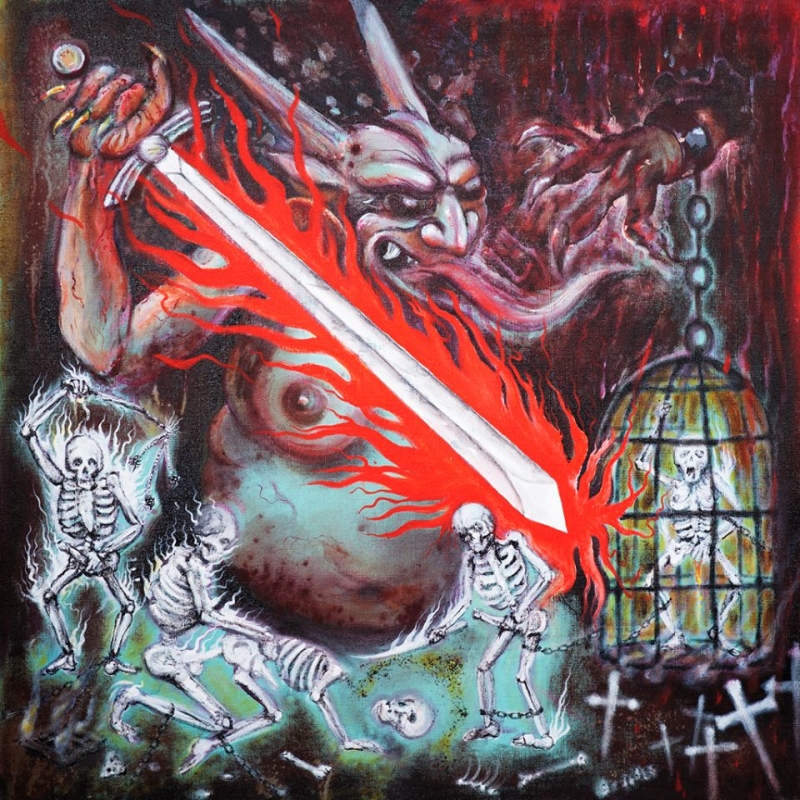 Impaled Nazarene = Sodom + Satanic Warmaster x Aura Noir
Impaled Nazarene has been terrorizing the realm of extreme metal with their easily recognizable, ominous and hateful black metal for over two decades. On their new offering, Vigorous and Liberating Death, they showcase a sound that’s slightly more thrash and D-beat oriented than previous albums, without abandoning their Finnish ferocity. The first track, “King Reborn,” gives you a taste of things to come: Panzer-fast instrumentation, harsh, battle-commanding vocals and fiery imagery, all beaten into a blender to make gasoline margaritas with broken glass frosting the rim. While some black metal bands opt out of guitar solos for whatever reason (usually choice or ability), Impaled Nazarene whip out entrancing and intricate solos on several songs, including “Flaming Sword of Satan” and “Pathological Hunger for Violence.” Lots of tempo variety from one song to the next, and even within the songs themselves, but a dizzying speed is maintained from start to finish. “Dystopia AS” slices back and forth from thundering double bass attacks laced with roaring war riffs to bestial, light speed pandemonium with evil precision and technical prowess. Demonic, spiteful, fast, heavy, loud and awesome: you’ll need to look elsewhere if you are into the slow, gradually-droning-and-chugging-along kind of music that seems to be so popular these days. –Alex Coulombe
Photos: