Review: Iron Chic – The Constant One 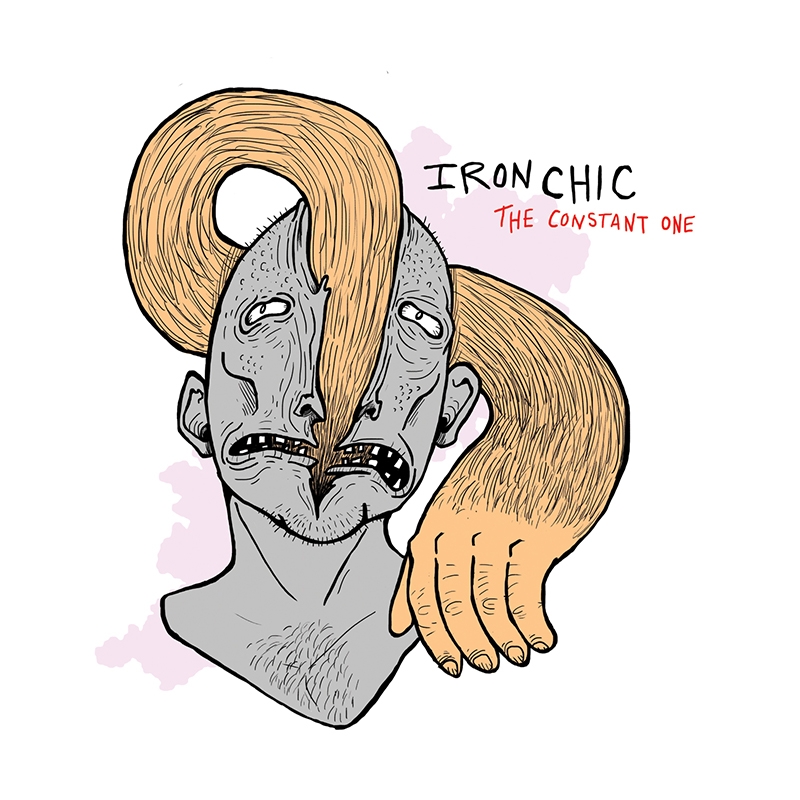 Iron Chic
The Constant One
Bridge Nine
Street: 11.05
Iron Chic = (Japandroids * The Lawrence Arms) / Revolutions Per Minute–era Rise Against
The Constant One stays true to Iron Chic’s sound, but where this album shines is in its polish in terms of its recording quality and instrumentation. After intro “The End,” “Bogus Journey” plays out like a quintessential summer jam, but alongside this album’s release date, it communicates a depressive yet uplifting Zen whose lyrics acknowledge that each person is merely a tiny blip on the radar of the universe. As the album’s flagship song, the song’s therapeutic qualities match its driving, emotional tonal character. “(Castle) Numbskull” follows as a slow burner that builds toward crescendo to underline the sense of being lost we feel, which drives home that this record serves as a type of organism that’s meant to be relatable. “Whoas” and subtle vocal harmonies adorn these major-key pop punk songs that elicit emotion in a heartening way, as if Iron Chic’s M.O. was to purge our negative thinking by way of sonic chemotherapy. “Wolf Dix Rd.” and “Prototypes” pound through fast and way fast, respectively, in a way that calls Off With Their Heads’ “Drive” to mind—suggesting that this album may be best experienced at full speed down the highway. “You have a heart of gold—I know because I fuckin’ sold it,” sings frontman Jason Lubrano in an almost Sunny Day Real Estate number, “A Serious House on Serious Earth”; these songs generate a reflective reverie, like a hot bath after a bad day. As I reached Track 9, “True Miserable Experience,” it felt like this album is a cohesive work—and the anthemic vocal lines of “Don’t Drive Angry” (featuring RVIVR’s Erica Freas) and the bouncy candor of the last track, “What Ever Happened to The Man of Tomorrow?” confirm this. The Constant One is the least work you’ll have to perform in order to achieve the benefits of meditation—“We all fall together,” reads the closer. –Alexander Ortega
Photos: