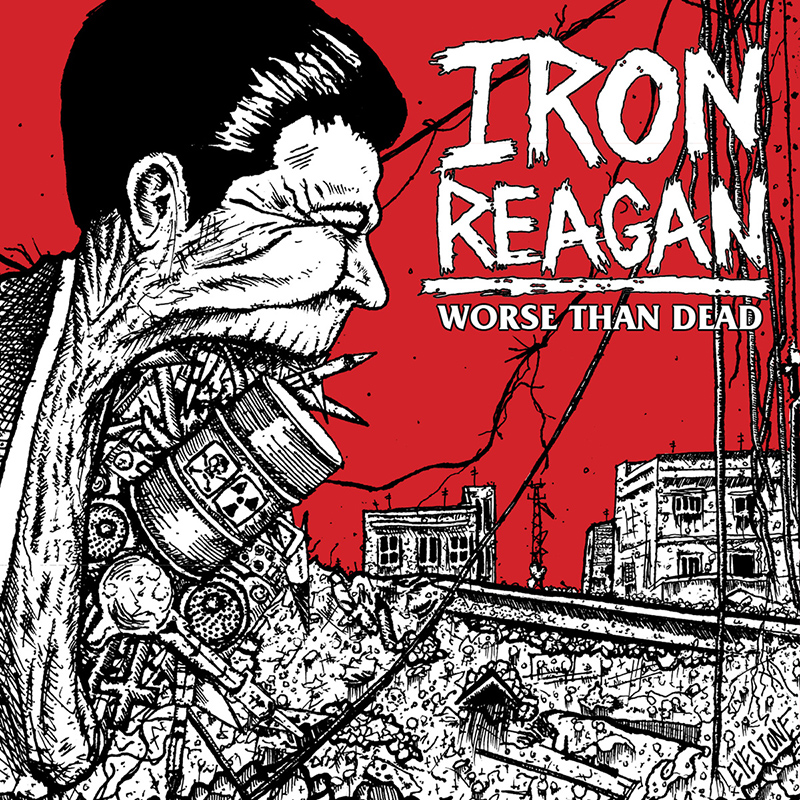 After the 1-2-3-4 cue from vocalist Tony Foresta, nothing could stop the hardcore thrashing of Iron Reagan’s debut album. With throbbing thrash rhythms and equally excruciating guitar riffs to match, topped off with old-school, hard-edged vocals, these thrash/punk radicals have stabilized their crude “basement sound” essence. Taking a turn away from lyrics of just moshing and drinking, Foresta charges with his menacing lyrics of war mongering (“We Know You’re Hiding”), anti-religious embellishment (“A Joke, A Fraud, A Fake”), pro-choice (“Bodies”) and societal imprisonment (“Walking Out”). Each song takes less than two minutes to pounce, and when they do, they hit fucking hard. But don’t take my word for it—the album has been out for about two years. If you thrashers haven’t gotten a dose of Iron Reagan yet, play this album at full blast. You may also want to invest in a neck brace—trust me, you’ll need it. –Eric U. Norris