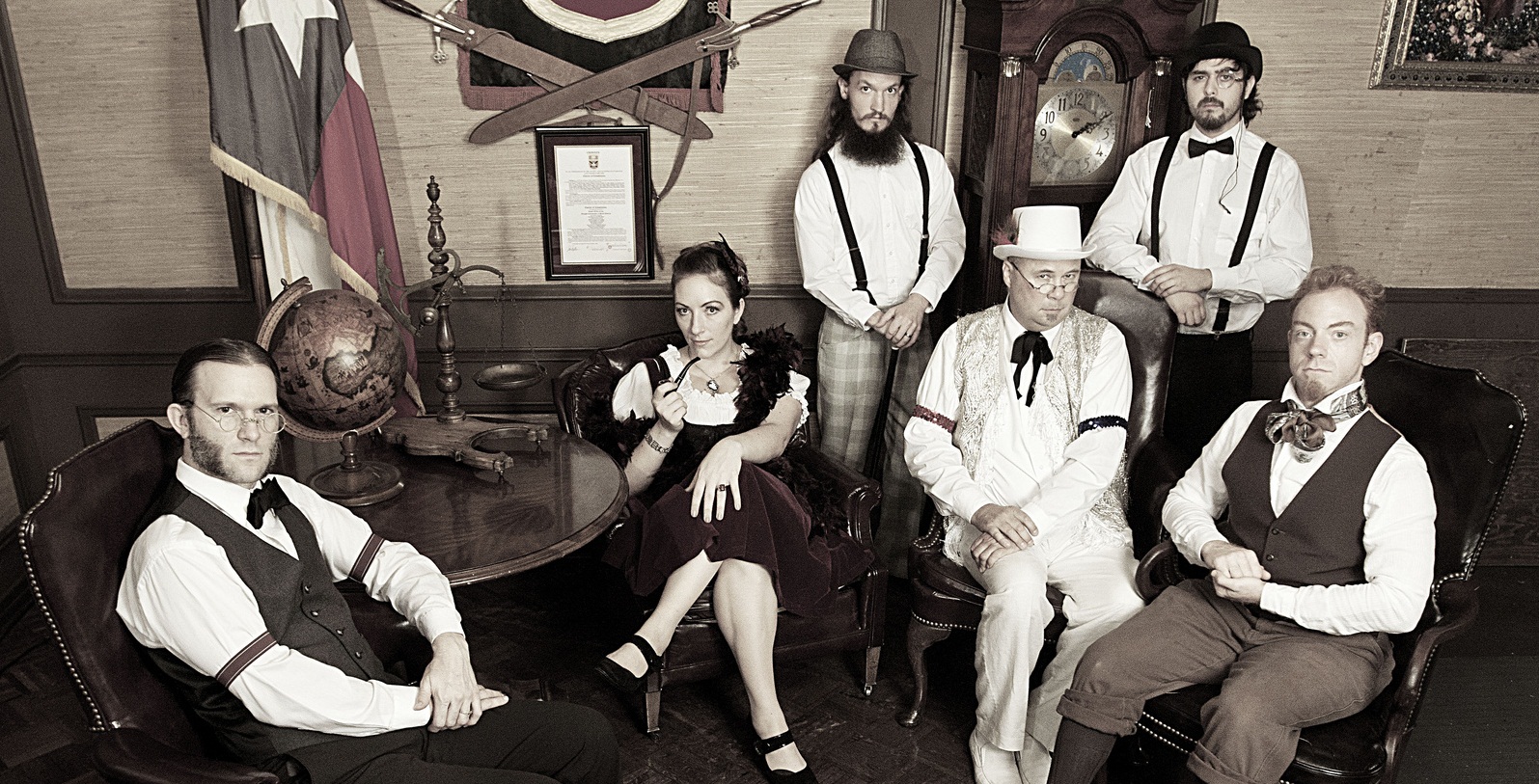 On August 4, 2004, I snagged the boon of some face and jaw time with Austin’s Invincible Czars after they had transformed Burt’s Tiki Lounge into Burt’s Klezmorim Circus Den. It was not the standard interview where you get shoved into a corner with the tambourine player they’re about to kick out of the band who answers with a stinking belch when you ask why he got into music. Singer/guitarist Josh Robins has many family members in Salt Lake City, and has been a longtime fan of SLUG (Thanks Josh!). Invincible Czars’s music cannot be easily defined. It is like squidgy clay which waits to be sculpted by the potter’s whim. It is a blend of metal, eastern folk and Dada rock. The unchanging aspect of this band is their craftwork and musicianship. Each of them is dedicated to his instrument.

SLUG: The audience was so into your polka version of Metallica’s “Blackened.” It was thoroughly entertaining. What I want to know is why you didn’t whip out your cover of “Immigrant Song.”

Josh: You should have requested it.

SLUG: Mistrust of the media is surely a healthy thing, but I think some musicians have taken it too far, worrying too much about whether their compositions could be considered mainstream. Do you think that can prevent good things from happening?

Adam: Any interference with the creation of art is going to create a tainted environment.

Josh: Musicians who are STILL worried about whether or not their compositions are “too mainstream” haven’t separated themselves from Clear Channel and MTV enough. There’s really no such thing anymore as making stuff that’s compositionally too mainstream, because major radio stations won’t even play the poppiest pop unless they are getting major payola from the record company. If musicians are considering what the “mainstream” thinks, they are wasting their time. If they are considering what the counterculture thinks, they are wasting time. If THEY like the music they are making, that’s what matters. Keeping your audience in mind is also a smart thing to do.

Rick: The instant a band starts changing their sound in order to please someone beside themselves is the second that music becomes something other than art.

SLUG: Every time I start the conversation, “Where is there left to go, what direction can music take?” someone will shove a cigarette in my mouth, pat me on the head, and say: “All that’s left is noise, sweetie.” I disagree. What do you say?

Josh: I encounter the same thing a lot with musicians and music lovers in Austin where everyone is a musician. That’s because musicians strive to find their own vocabulary, voice and style. We’re constantly examining things to see if we’re too much like our influences or too similar to someone else. Noise is just an excuse for people who are too lazy to search for their own musical voice. Now, your musical voice may be noisy, like Merzbow’s. That’s not what I’m talking about. I’m talking about people who bang on stuff and call it music. That’s just pretentious. “I’m doing the only true art left …” No, you’re not. You’re getting stoned and putting your cat on the piano.

Adam: I say noise, in all its usefulness, can be just as useless as tone when placed in the wrong hands. Music is communication, i.e., musician to audience, audience to musician and musician to musician. Exciting music happens when this communication is direct and true, which explains why I get aroused by Rock Dinosaurs playing to 80,000 people or by Brown Whornet playing to ten people.

SLUG: I have to wonder if you are invincible, after staying together for over two years while weathering the exit of numerous members. What will you do in the next two years? Josh: Hopefully continue to tour as much as we can, and quit our day jobs! It would also be nice to go more than six months without losing someone. Seriously, in the next two years we will be playing a lot of national shows. I would like to start collaborating more on material, especially with our new keyboard player, Bill. He’s the first to really be interested in respectful collaboration.

Rick: More stability, more shows, new songs -all the obvious stuff- and more fun! I’ve learned so much in the last two years, I can only imagine what I will learn in the next two.

Bill: Well, since I just joined the Invincible Czars three weeks ago, I can’t speak about the last two years, but I want to be around for the next two. Being a part of this musical ensemble is the best adventure I’ve ever been on. I look forward to bringing our message of musical diversity to more people.

Adam: I have to go along with Josh’s declaration. I’d love to quit the boring job I have to have in order to pay for my musical passions. I’m excited about this band, though, and that’s good enough for me.

That said, the conversation took a drunken turn toward Arthur magazine and Einsturzende Neubauten, which I will not torture you with. I will say that the fellows of IC are gracious, intelligent and totally bitchin’. www.invincibleczars.com