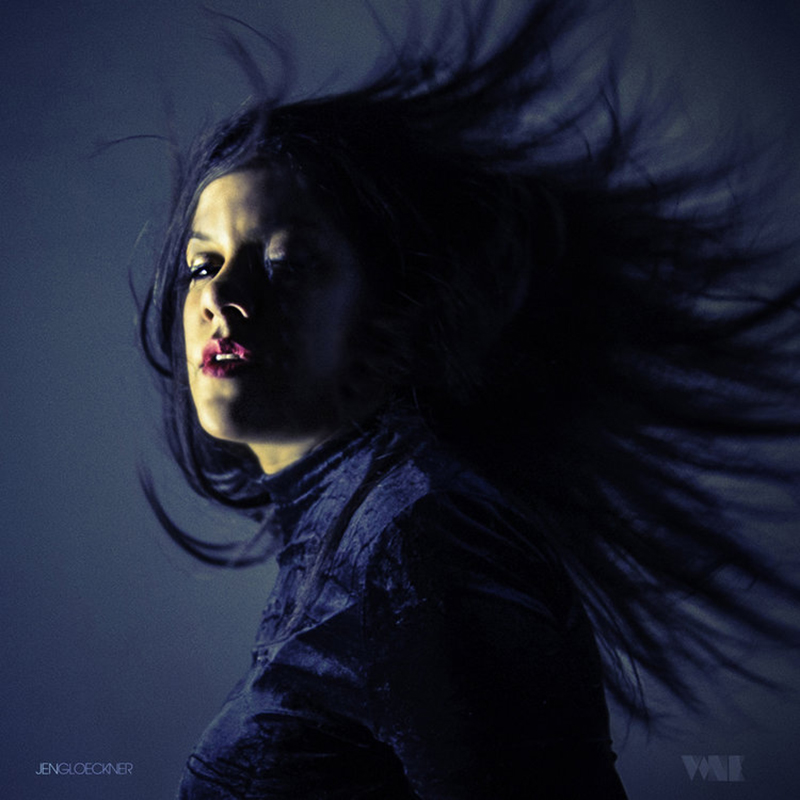 Jen Gloeckner is the femme fatale of Americana trip-folk, straight out of Dubuque, Iowa. Gloeckner just released her newest musical project, titled VINE. The 11-track album is seductive and hypnotic in nature, with low, haunting vocals and trippy instrumentation. Gloeckner is the primary artist, but she features a number of tracks with instrumental and vocal collaborations and appearances from John Ashton of The Psychedelic Furs; Henry Padovani, the original guitarist and founding member of The Police; and Angela Mattson from In The Valley Below.

The album begins with the title track, a haunting song with slowly played notes on the keys, which serve as a foundation throughout VINE. Drawn-out percussive sounds via drum and bass programming combined with the guitar and cello make subtle appearances to fill in silent spaces with subdued, electronica-style pop.

“Blowing Through” is a song living in a dream. A quiet electric guitar and brushed percussion frames the reverie of Gloeckner’s vocals, coupled with soft notes from programmed keys, bass and drums. Quiet and brief bits of cello and flute enrich the daze of the track as Gloeckner sings, “I’m hanging on a wing and a prayer / Hoping that you are feeling what I do / But wind, it must pass through air / Just like you do, when you / Are blowing through.”

“Firefly (War Dance)” is an intense instrumental track, and the only song without lyrics on the album. Though there are no lyrics, Gloeckner weaves vocals into the music, adding to the layered effects from the keys, bass and drum programming. A transient  intensity grows with the powerful integration of the guitar and ebow, creating a trance-like sensation.

Gloeckner is a multi-talented artist with the ability to captivate listeners with her vocal range and slow-moving rhythmic technique on tracks like “Colors.” While instrumentally complex, Gloeckner creates a weightless musical atmosphere by fusing the acoustic guitar, keys, ebow and Jen Wiater on flute, giving the track a more trip-folk element. Gloeckner drives the ethereal tenor with personified and poetic lyrics sung in fragments between slow-tempo notes: “From my despair / Came colors of you / From my despair / Your colors I drew / Fill me back in.”

Tracks like “Ginger Ale” are quicker paced, with more emphasis on rolling, drumming loops. The song maintains a sweetness with the bowing cello and programmed synthesized sounds, each shifting from the background to foreground, creating aesthetic depth. Similarly, “The Last Thought” is quicker paced, yet still drifts lightheartedly as Gloeckner integrates the dulcimer with her foundation of keys and the softly played electric guitar, again falling into the trip-folk realm.

All in all, Gloeckner lures listeners into a dream-pop musical journey, which strikes a perfect balance between vocal power and instrumental emphasis. Through the depths of VINE, you may find yourself transfixed on something new around every musical ebb and flow, enraptured by Gloeckner, the daydreamer and instrumental wizard. –Lizz Corrigan