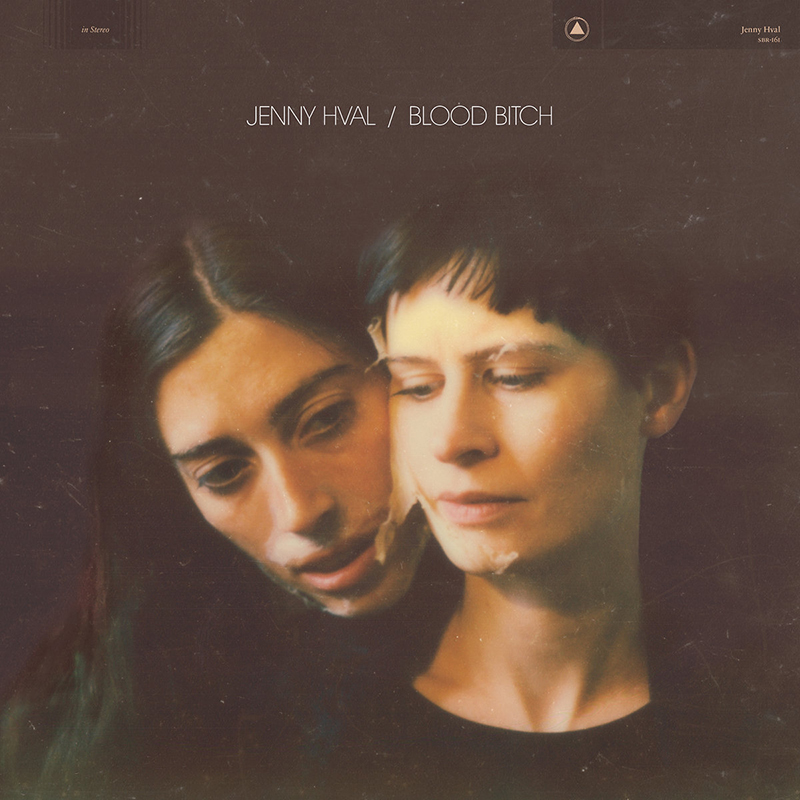 Woman. It is a declaration that takes some fighting for, some waging of hard-earned feelings in the pitfalls of adolescence. It is a celebration that takes some revering, some nods at our foremothers. For some, it is a week that physically hurts, an hour that emotionally binds and centuries of irrefutable greatness. And in a little nook of Norway, somewhere between Eve eating the fruit and Helen Reddy roaring, there was Jenny Hval: unapologetically bleeding, making her mark with the best of them.

Blood Bitch, the avante-garde musician’s sixth solo album, shines bright among said mark. Beginning and ending with synth, the album is a fusion of statement art-pop, burdened breathing and provocative soundbites (see: “Last night, I took my birth control with rosé”). Despite the mixed media, achieved with the help of fellow Norwegian artist Lasse Marhaug, the album isn’t arbitrary. In fact, much like its inspiration, Blood Bitch is designed and synced divinely and cycled masterfully.

Each track is vital, integral in the maturation of the record as a whole. While hits like “Female Vampire” and “Conceptual Romance” act as seeds to the more conservative of ears, the blooming interludes expose the darkest folds of womanhood to the starkest of light: “The Great Undressing” is a thumping amalgamation of ’80s MIDI, Portishead and consummate confessions like “I just need your love or your approval.” “The Plague,” sampling the sonic gore of old horror films, sounds like a mood swing, channels raging and flashing like a possessed television. Perhaps most lucid is “Untamed Region,” a track on which Hval—direly scribbling, recounting domestic dreams—stages a stained mattress. The singer doesn’t shy away—from sexuality or nature or the moment when a girl wakes up and her sheets are warm and red. If Hval is bleeding, she will tell you.

The artist has long been a crusader for the second sex. Whether studying at the University of Melbourne (everything from philosophy to theater to film theory), fronting a goth-metal band or a moniker (Shellyz Raven and Rockettothesky, respectively) or writing a novel (the Norwegian Perlebryggeriet, translated Pearl Brewery), Hval has delineated an aspect of her female experience. At once she breaks down the stigma, bends the perspective and preserves an admiration long held but often lost. While not original in her taste for blood—remember when Perfect Pussy’s Meredith Graves issued her own on their vinyl LP?—Hval’s interest is progressive, intending, perhaps, to normalize a happening whose depiction gets flagged on Instagram.

Blood Bitch flows. It studies the dichotomous nature of the substance at hand—life-giving, life-taking—while worshipping the vessel from which it leaks. A conjure-woman of sorts, Hval evokes the likeness of her guided spirit-sisters: Björk losing sight in Dancer in the Dark, Kate Bush doing backbends in a bright-red dress, Helen Reddy again roaring. By the time the album is over, you’ll have experienced in an hour what it might feel like to be one of them. –Cassidy McCraney