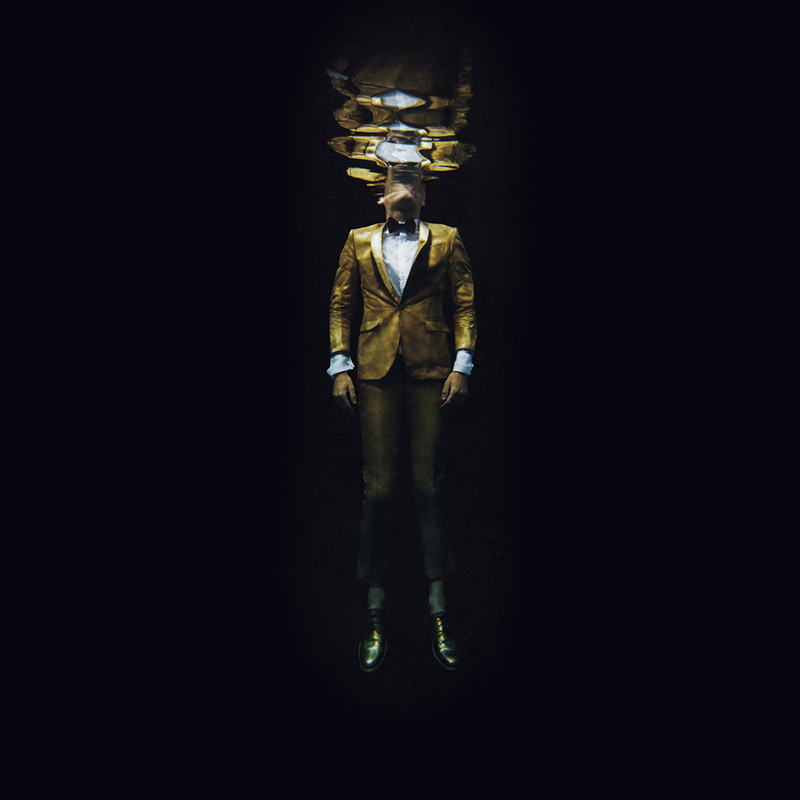 Have you ever experienced pitch black? Being in a room with darkness so oppressive that the only light is the one that is decaying against the back of your eyelids—the bursting blood vessels that appear as stars when we press our hands too closely to them? The analogous audio experience would be to record in an empty, two-million-gallon cistern in Northern Washington so cavernously empty that a reverb decay would last 45 seconds—an entire lifetime of a sound from birth to death played out on a panoramic big screen. Composer Jherek Bischoff wrote and recorded what would be the stems of the songs on Cistern in this space, where a single note’s lifespan was seven times the length of a Vine video. Just try and think of that.

What eventually turned out to be the album had its roots in that cistern, but, as songs are in powerful composers’ hands, the end result is several twists and turns beyond its impetus. Bischoff fleshed out what were originally songs composed for voice and guitar into fully cinematic, sweeping arrangements performed with a chamber ensemble. Cistern is a stirring, modern classical album with thoughtful, ambient segues and lyrical phrases set against an album that is as sentimental as it is cerebral.

Bischoff is no stranger to staggering undertakings. His 2012 album, Composed, featured a lush, orchestral construction using a single mic and laptop and featured a bevy of vocal contributers including David Byrne, Mirah, Carla Bozulich and Dawn McCarthy. Bischoff has played accompanist to avant-pop acts such as Xiu Xiu, Parenthetical Girls and Amanda Palmer. On Cistern, Bischoff and his compositions share a naked spotlight, wordless and shimmering in an impeccable light that imbues the entire album from within.

It could have something to do with the way modern classical music seems to have the effect of scoring everyday life events—walking to work, rides down gently sloping streets—with cinematic poignancy. There is simply no other way to feel when cornered by a track like “Headless.” Its lone guitar says more in its lyrical phrases than language ever could. It comes to a fitting climax when its pulsing, minimalist strings are met with the rolling thunder of a kettle drum being played at a funeral-dirge pace while all of the other instrumentation breaks into a massive crescendo. Pensive and tension-filled, “The Wolf” takes Cistern’s cinematic quality away from massive emotional payoffs into sheer dread with dive-bombing violins, and the binaural pulse of plucked strings offers no resolution nor breaks in tension. The title track is the album’s most stately and is a guiding-light golden.  The upper-register trill of a thousand bells sound underneath extended string sections and ascendant, punctuating brass.

This pinpoint exploration into mood makes Cistern, while not wholly cohesive, a highly dynamic modern classical record that embraces volume like a two-million-gallon cistern. Perhaps favorably compared to John Luther Adams’ Become Ocean, Cistern explores what it means to fill space that is ever-expanding and will be forever impervious to compression. To achieve that in the era of the MP3 is nothing short of magical.  –Ryan Hall