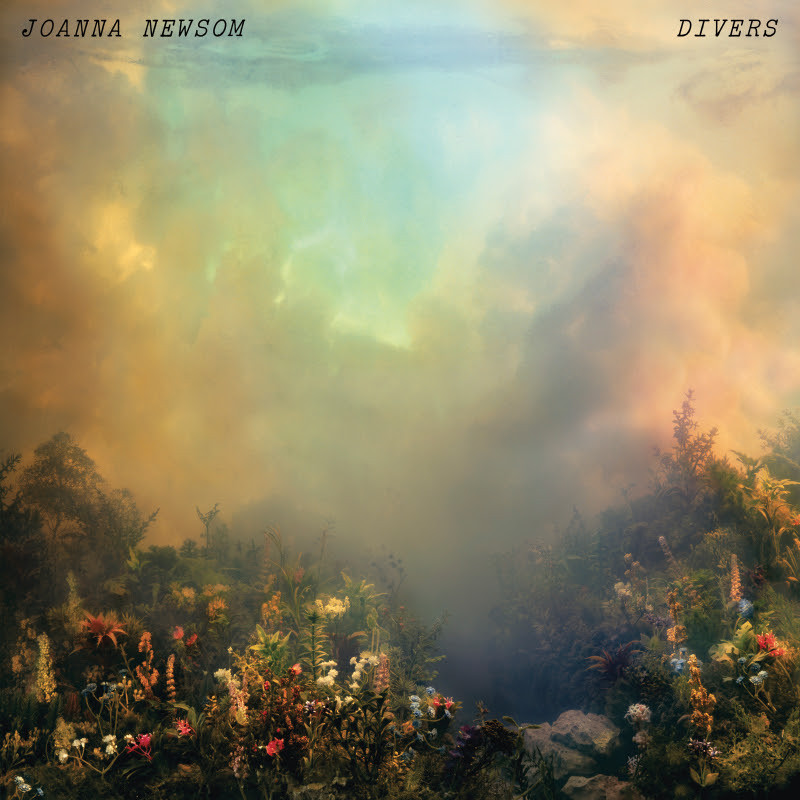 In Divers, folk songstress-poetess-harpist Joanna Newsom shifts from dense to spartan architectures founded on an overarching, harmonics-based musical concept. Divers‘ scope is no less comprehensive, though, with trajectories stretching from the old-timey “Same Old Man” to the Nico Muhly-arranged “Anecdotes.” There’s a sense of place—more than one song is about New York City, and the album carries a musical topography in its own right—but even more, there’s a melancholy sense of Time: “Time is Taller than Space is wide,” Newsom sings, Newsom spins allusive sagas around soldiers in battle, a diver on the pier, an ear of corn, all forced to face things lost with Time: awareness, meaning, connection—yet Newsom is defiant. The masterpiece finale, “Time, as a Symptom,” intertwines mourning dove calls, string arrangements, and Newsom’s voice, transcending as she reminds of the staggering forces—love, joy—that keep us grounded in the face of passing Time: “Stand brave: Time moves both ways,” she sings, “In the nullifying, defeating, negating, repeating / Joy of life.” –Kathy Zhou