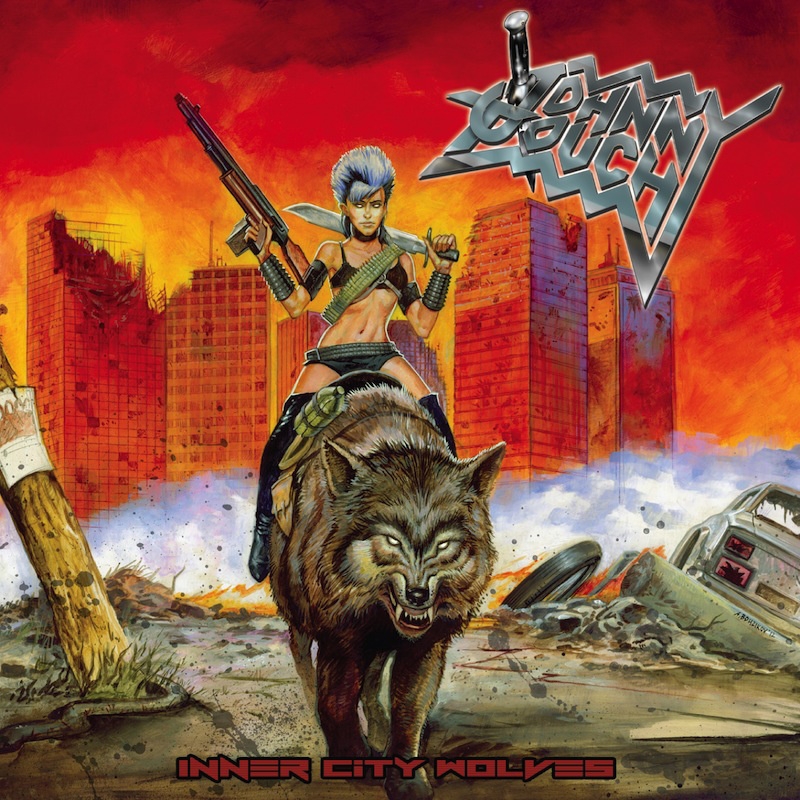 Another NWOBHM release! I’m not sure how they came up with the band name, but I have my suspicions—all of which are probably overthought and sickeningly juvenile. The music kicks ass, and these guys are talented, though I wasn’t blown away by any means. “The Metal Embrace” proves that they’re capable not only in their instrumental ability, but also of writing a catchy ’80s style sing-along. “Radiation Axeposure” is an instrumental track mostly consisting of a face-melting guitar solo, not out of place by any means on the album. I enjoyed this release, but I’d be lying if I said it ever ventured outside the well-travelled road of this style and into originality. It’s good, but I would much sooner give Defenders of the Faith or Thundersteel another spin before I put this back on. However, I would be interested to see if their next release will bring in something to set them apart from their peers. –Alex Coulombe